What the Future Holds -- in Pictures

Check out our photo essay.

First up, Motorola's Nicole D. Tricoukes, business innovation manager at Motorola Solutions, shows off the Golden-i headset concept design. The Golden-i is an entire system in a headset. It's voice-activated and uses a monocular display Tricoukes says is equivalent to a 15-inch laptop screen. 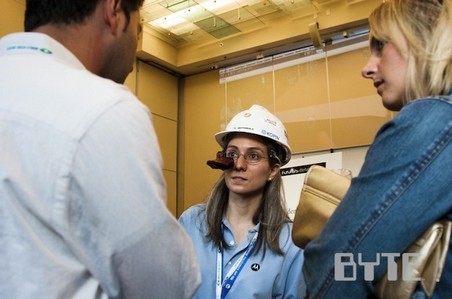 Here's a video of Morotora showing off the Golden-i. If you've never seen this before, it's worth a look now.

Inside the Bluetooth-enabled headset is a Windows embedded CE operating system. But the Golden-i design also controls up to seven devices or networks simultaneously, from smartphones to servers. 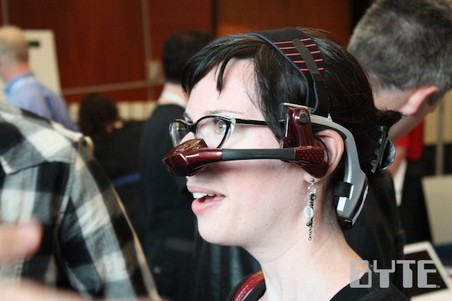 Alex Peake (pictured below in white), designer of the education game, Primer Code Hero, shows off his program. One of Peake's goals is to make the process of acquiring all sorts of knowledge playable. Expect more from Peake and his team on this end, and more on gaming as a teaching technique in the next few days here at BYTE. 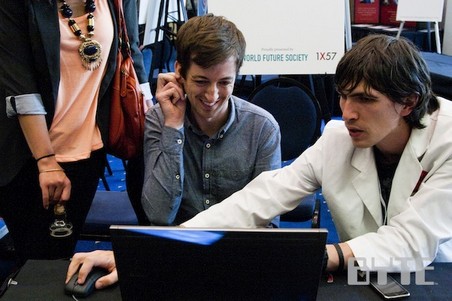 Code Hero turns the process of learning to design games into a game. The first-person cooperative shooter lets players use a "code gun" that fires Javascript. Peake says no programming experience is needed to play the game. 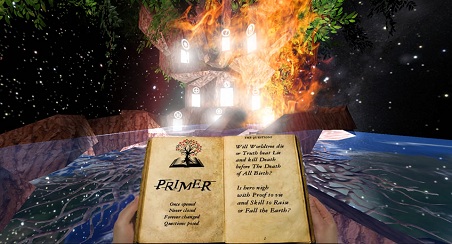 Oxford gerontology researcher and author Aubrey deGrey discusses what he believes is the cure for aging. 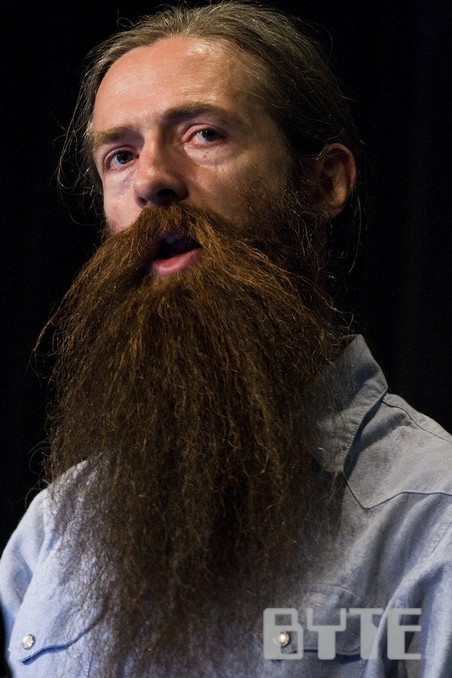 As he explains in BYTE editor's Gina Smith's book, The Genomics Age, the first book to deeply focus on deGrey's approach, the trick to slowing or even stopping aging is to approach the repair of the human body as one would a house. Fix as you go. Aging, he says, is an engineering problem. The researcher believes that someone living today will easily break the 500 year barrier.

And finally, there's sea-steading, the idea of creating permanent, autonomous communities above water. It's a seccesionist's dream. One of the driving forces here is the opportunity for society to start from scratch and build new social and political models of governance. 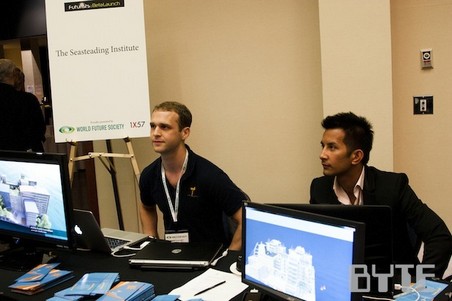 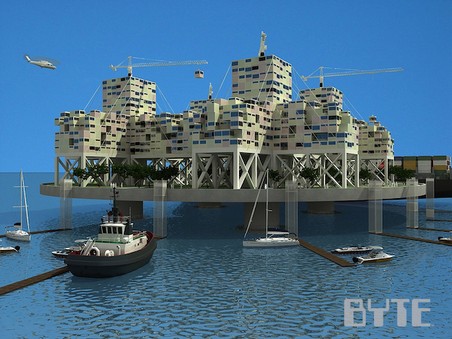 BYTE deeply covers personal tech techpros care about. But there's nothing wrong with a little dessert. Enjoy the weekend!

Eric Mack is executive editor of news for BYTE. Someday he might live on an island nation. He might live to 500. In the meantime, reach him with news ideas and comments at [email protected] or follow him @ericcmack.