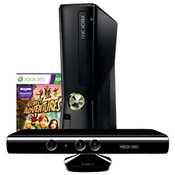 (click image for larger view)
Xbox Kinect
Government prosecutors have dropped their charges against Matthew Crippen, 28, who was accused of violating the anti-circumvention provisions of the Digital Millennium Copyright Act (DMCA). If convicted, he would have faced up to 10 years in prison.

Wired reported that on Thursday, prosecutor Allen Chiu told U.S. District Judge Philip Gutierrez that "the government has decided to dismiss the indictment," saying the decision was "based on fairness and justice."

The case was the first of its kind: a federal case for console-modding that reached a jury trial. Crippen, a hotel car-parking manager, allegedly ran a business that modified Xboxes to play pirated games.

Wired reported that the trial got off to a rough start on Wednesday after Gutierrez excoriated the prosecution for, among other missteps, the fact that two of its four witnesses may have themselves committed crimes.

For example, witness Tony Rosario, working undercover for the Entertainment Software Association, said he paid Crippen $60 in 2008 to modify an Xbox, while secretly videotaping him doing so. But defense lawyers argued that the videotaping violated California state privacy laws. In addition, Microsoft employee Ken McGrail, who "analyzed the two consoles Crippen allegedly altered," said Wired, "admitted that he himself had modded Xboxes in college."

But the final straw came on Thursday, after opening statements by defense attorneys noted that while Crippen was accused of modifying Xboxes, he wasn't accused of installing pirated software.

In its opening arguments, however, the prosecution did accuse Crippen of installing pirated software to verify that his modifications worked, an allegation that would have met a requirement that the judge set the previous day: that the defendant had knowingly broken the law, rather than just running afoul of the DMCA.

According to Wired, however, "nowhere in Rosario's reports or sworn declarations was it mentioned that Crippen put a pirated game into the console." Ultimately, prosecutors said that the fact had been disclosed by Rosario on Sunday, yet the prosecution failed to alert the defense. After objections from defense lawyers, the prosecutor ultimately dropped the case.

The federal case wasn't the first attempt to pursue people who use the Xbox for other than its designated purposes. Last year, Microsoft booted up to 1 million people off of its Xbox Live gaming platform that it had identified as using pirated copies of Xbox games.