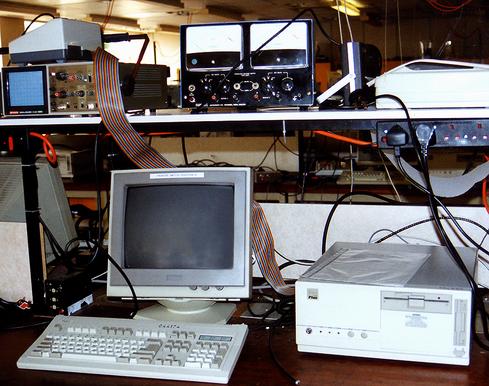 10 IT Job Titles We Miss
(click image for larger view)

Docker is such a young open-source code project that it still hasn't reached its 1.0 release. Nevertheless, with the 0.7 release issued this week, it gained broader appeal.

Docker is a seven-month-old software container system that might be thought of as a software-equivalent to the standard shipping container used on trucks and ships. Because Docker is the same in different environments, it's possible to put any application into it and move it around to different datacenter and cloud environments. Because it's got a standard way of operating, Docker can be used to navigate the different hypervisors and operating environments into which it's been shipped.

That's making it popular with open-source developers who typically use Linux. But until this week, only two Linuxes came ready to recognize and work with Docker, those that were pre-equipped with the AnotherUnion Filesystem. AUFS knows how to act as a translator between differing file systems, but only Debian and Ubuntu distributions came pre-equipped with it.

With the release of Docker 0.7, it no longer needs the distribution to contain AUFS in advance. So Docker now works with Red Hat Enterprise Linux and Fedora as well as Ubuntu and Debian. It also work with SUSE Linux; Gentoo Linux, often used as an operating system optimized to work with a particular application; and Arch Linux, used by some developers. It also works with the Red Hat knockoff, Centos.

Before this latest release, developers who wanted to use Docker with a Linux that didn't have AUFS had to install it themselves, making changes to the Linux kernel. Not everybody opted to do that, said Solomon Hykes, CTO and founder of Docker, the company that sponsors the Docker open-source project. The San Francisco company formerly went by the name DotCloud.

This release of Docker avoids the AUFS requirement by leveraging device mapper, a feature of the Linux kernel that lets it map files from one files system or device to those of a different device. "We have been partnering closely with Red Hat," said Hykes. "Red Hat has been contributing significant engineering effort to get Docker to work with [community supported] Fedora and Red Hat Enterprise Linux."

Developers who previously worked on projects under a different Linux, often at  home, are now able to bring their software to work and run it under Red Hat Linux, Hykes noted. By using Docker, a developer can work under the Apple Mac's iOS, be tested under Fedora, undergo quality assurance under SUSE, and enter production under Red Hat Enterprise Linux. "The pipeline can start right there on the developer's machine," he noted.

In the future, Hykes claimed, Docker will enable complex applications to be developed by different teams under different versions of Linux, then be assembled as component sets running in various Docker containers. "It will simplify the problem by breaking down the barriers between operating environments," he said.

Applications may be moved into bare metal, virtualized, or cloud environments in the Docker container and run there. "A lot more people will be free to use Docker at home and at work" with the 0.7 release, Hykes noted.

Battle lines are forming behind hardware-centric and virtual approaches to software-defined networking. We size up strengths and weaknesses. Also in the SDN Skirmish issue of InformationWeek: Anonymity has a role in business communities. (Free registration required.)