Predictive policing has been showing some signs of success in the UK and US -- along with some not-so-great results -- but even where it works police need to protect civilian's rights.

One of the more surprising abilities of analyzing monstrously large silos of data, is in predicting the future. Whether it's weather tracking, shopping habits, or media viewing trends, if you have a big enough pool of data, you can go some way to figuring out what has a higher chance of happening in the future.

One of the more interesting applications of that sort of analytics is in police work. Even though it might sound like something from a science fiction movie, it's actually completely realistic with today's technology and it's had several long running trials in various parts of the US and UK over the past few years, with various levels of success. 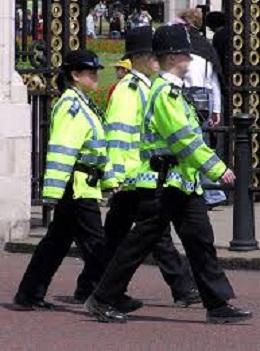 In Kent, England, for example, a trial run in late 2012 went well, but saw crime rates actually rise when rolled out to wider areas in mid-2013. In contrast, a similar trial that took place in Manchester, England, saw a marked drop in crime of 26.6 percent over a few months of use.

Stateside, the Los Angeles Police Department has been using predictive policing techniques since 2011. The system is called PredPol and it was developed by professor of anthropology at UCLA, P. Jeffrey Brantingham. He's very keen for people not to see it as a "Minority Report" style of finger pointing technology.

“This is about predicting where and when crime is most likely to occur,” he said in one article.

Indeed it uses data from recent and criminal activity to show areas of the city which are more likely to be hit with further crimes, in which case officers can be dispatched to pre-emptively show strength in the area and to improve response times.

Some do worry however that a system like this can miss important aspects of more traditional policing. It can ignore the cause of the crime in the first place, create a measure of prejudice for patrol officers who "know" that a crime may be committed soon. There also are concerns with displacement and personal privacy.

Clearly the technology does have its merits, but perhaps with additional support we could see it be more effective in areas where it's failed and assuage some of the concerns brought up by opposition.

Making sure to use patrolling officers who know the area has been a key point in LA and those officers are given enough autonomy that if they believe their time would be spent better outside of the red-zone, or further within it, they are allowed to make that choice.

Considering some of the disputes between citizens and police recently too, especially when it comes to race relations, it is incredibly important that the officers sent to these locations are well trained in community interaction and have little to no prejudice of their own. For those who may bear a grudge against certain ethnicities or distinguishing factors, the indication that the area they are going into is crime riddled is likely to enforce that, and perhaps present a risk of persecution.

It's not all about the immediate reaction to crime hotspots though. While sending officers to an area that is likely to experience further crime is important, if that same area comes up time and again, something more needs to be done. Perhaps the introduction of more regular patrols, a community effort to improve safe practices or the introduction of public cameras.

Safeguards must also be put in place to protect any data gathered as part of predictive policing. There already exists a climate of distrust between the public and government intelligence forces, and the continued hacks of high-profile institutions is doing little to change that. Making sure nothing like that happens with this data, and that the information being collected is not too invasive, will require diligent oversight in the future.

Even with all of these changes in place though, predictive policing still has the potential to de-humanize crime-prevention. Making sure that doesn't happen is difficult and something that may become harder as the job of protecting and serving becomes ever more technologically enabled.

We welcome your comments on this topic on our social media channels, or [contact us directly] with questions about the site.
Comment  |
Email This  |
Print  |
RSS
More Insights
Webcasts
What We Can Learn from Sports Analytics
Strategies for Success with Digital Transformation
More Webcasts
White Papers
Managing OTT Content Distribution in the Connected World
The State of Threat Detection and Response
More White Papers
Reports
2020: Threats in Review
2021 Top Enterprise IT Trends
More Reports