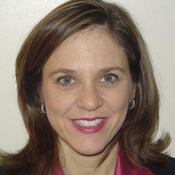 10 Facebook Features To Help You Get Ahead
(click image for larger view)
The State Department is often recognized for its forward-leaning use of social media to connect with populations around the world. However, the Department's Bureau of International Information Programs (IIP) might have leaned a little too far forward.

That's according to a recent State Department Inspector General's report, which took issue recently with the bureau's decision to spend $630,000 on two campaigns to build its base of Facebook fans. The promotion campaigns were a success at one level: They helped increase the number of fans of the bureau's English Facebook pages from about 100,000 to more than 2 million.

At question, however, was how many of those fans were meaningful to the Department's mission. The IG faulted State Department employees for "buying fans" and focusing on the raw numbers of social media fans instead of public diplomacy goals.

The incident highlights the challenges leaders face in focusing a little too closely on only what can be measured, and in particular, how to properly gauge the success of new technologies such as social media at an enterprise level.

I preface this with my own strong belief of the potential promise that social media holds. Having worked for a federal agency and as a consultant in the private sector, I believe that if done right, social media can be a new foundation of cultivating reciprocal likable relationships in an era of transparency; it can also make the world a more likable place.

Good social media communications obviously starts with leadership establishing a goal, a way to measure that goal, an implementation strategy and overall organizational policy that has radiated throughout so employees understand what their role is or isn't in reaching overall goals.

Leadership, however, can also get the goal wrong. Although I've been in strategic communications my entire professional career, it was only over the past three years that I studied social media in depth and started seeing how clients were struggling to grasp how to use and measure social media.

In the beginning, many clients would indicate their social media goal was "to go viral" or to "get 1,000 Facebook Likes within six months." Many were disappointed to learn that rarely does content go viral and that simply focusing on getting Likes on a Facebook page can be misleading. When I asked my clients what was next after 1,000 Likes toward their social media goal, many were under the impression that then their sales would increase or some other miraculous thing would happen quickly.

Tailoring those types of goals is more complicated for government agencies, where success is sometimes as much about preventing bad things from happening as it is delivering services. And often, those services are delivered indirectly through other government organizations.

But there are some principles worth following -- and some important distinctions about what the State Department did.

First, let's not confuse buying social media Likes with bona fide efforts to market a brand in social media. What does buying Likes mean? There are people out there who will actually sell a person or organization Likes. And this transaction is merely dollars for Likes that are fake; in other words, robots and not real people behind email addresses.

Is $630,000 really an outrageous sum on the scale of a government agency budget? If they continued spending at that rate, sure that would be a problem. But if they were using it to kick start the audience for the FB page, I'd say the real question was how well they followed through on it, to make some deeper connection with that audience and achieve more organic growth going forward.
Reply  |  Post Message  |  Messages List  |  Start a Board

Personally, I couldn't care less if these Likes are real or fabricated. International diplomacy shouldn't be a popularity contest. The most popular policies and people don't always "win." The author states: "We can and should be offering quality content, meaningful engagement and working toward a more likable United States of America." I wouldn't be so concerned about that last point. Do what's right and in the best interests of your nation and its citizens, without trampling on the rights of other nations. That's what leadership is all about. Neville Chamberlain was a likable chap in the 1930s. Winston Churchill was a pariah.
Reply  |  Post Message  |  Messages List  |  Start a Board
InformationWeek Is Getting an Upgrade!