How do you restore confidence in a product that doesn't live up to its primary marketing message? Blame it on a manufacturing defect.

Samsung has not had a good track record with its supposedly waterproof, Active-branded Galaxy S smartphones. The 2013-era Galaxy S4 Active famously failed dunk tests, and now the brand-new S7 Active has suffered from similar failures. Samsung says it's all good, though, and no one should worry. Do we believe what Samsung says?

Earlier this month, Consumer Reports said not one, but two Galaxy S7 Active handsets failed its water tests. The phone carries an IP68 rating, which means it is should not sustain damage if it sits in up to five feet of water for up to 30 minutes. Technically, Samsung says the smartphone is water-resistant, not waterproof. For many, that's probably a distinction without a difference -- especially when a commercial for the phone shows it being drowned in champagne.

From its original report:

Consumer Reports technicians placed a Galaxy S7 Active in a water tank pressurized to 2.12 pounds-per-square-inch, the equivalent of just under five feet of water, and set a timer for 30 minutes. When we removed the phone, the screen was obscured by green lines, and tiny bubbles were visible in the lenses of the front- and rear-facing cameras. The touchscreen wasn't responsive.

Following our standard procedure when a sample fails an immersion test, we submitted a second Galaxy S7 Active to the same test. That phone failed as well.

I tested the Galaxy S7 Active myself. I let it sit in the river that runs near my house for a bit more than 30 minutes, although at a depth of about two feet. I also held it under running water and briefly dunked it in my pool. My review unit sustained no damage. 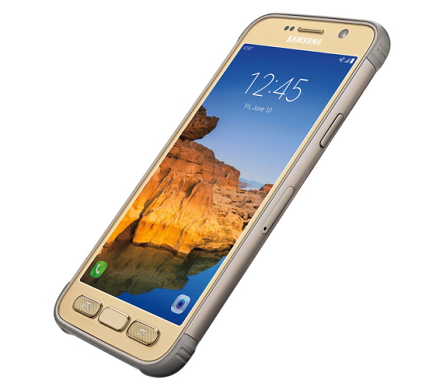 Following Consumer Reports' findings, Cnet performed a series of its own dunk tests and found that two of four Galaxy S7 Active handsets succumbed to the deep.

So that's not good.

Samsung was quick to respond to the issue. "The Samsung Galaxy S7 active device is one of the most rugged phones to date and is highly resistant to scratches and IP68 certified," the company said in a written statement supplied to Consumer Reports. "There may be an off chance that a defective device is not as watertight as it should be."

Samsung did not say how many units were affected, nor is the company recalling the phone. Instead, it said that consumers whose devices sustain water damage can return them to the point of purchase for a refund or replacement.

It is important to point out that Galaxy S7 Active is not meant to be a scuba diving companion. The IP68 rating means the device is watertight enough that it should not sustain damage in the event of an accidental dunking. The phone was not designed for underwater use.