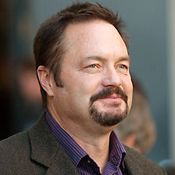 Mt. Diablo is on the east side of the San Francisco Bay and would have represented a 3,900 foot climb, a task that Snavely might have been expected to master with ease based on past performance. In 2010, he attended a high-speed computing conference in Gleneden, Ore., starting out from San Diego at 4:40 a.m. by plane and train and finishing the last 110 miles on his bicycle at 9:30 p.m. His bike route looped through a coastal range of mountains for 40 miles on a little-used dirt road.

Last year, Snavely climbed the Haleakala volcano crater on Maui, Hawaii, a 10,023-foot rise; also, the 27.4-mile and 7,400-foot climb up Mt. Evans in Colorado; and Mt. Lemmon, the 6,800-foot highest point in the Santa Catalina mountains outside Tucson, Ariz.

Snavely posted in a picture on his website of himself looking weary at the end of a long bike ride, saying it showed how he looked as neared the bicyclist's "end of the rope." The San Diego Supercomputing Center reposted the photo Monday on its own website.

Spokesmen for Lawrence Livermore said they were "in shock" at his death. He had just joined the national lab from the San Diego Supercomputing Center in April. He was best known for his innovative work on the Gordon supercomputer in San Diego, where he had a lead role as co-primary investigator in architecting the machine.

Gordon launched earlier this year with 1,024 nodes and 256 terabytes of flash memory, the first supercomputer to rely so much on flash. It could solve data-intensive problems up to 10 times faster than supercomputers relying on spinning disks. The National Science Foundation provided $20 million to design and build Gordon, which was capable of 36 million I/O operations per second.

It's considered "one of the most capable systems in the world when it comes to moving and analyzing huge amounts of data," said the San Diego center's statement on Snavely's death.

He established relationships with "every high-performance computing university, lab, and vendor and was very honest and open with them," said Terri Quinn, principal deputy department head for integrated computing at Lawrence Livermore, in an interview Monday. The Lawrence Livermore community "was stunned" at his sudden death. He had been physically active running, swimming, and bicycling since he had arrived, she said.

"We have a group of monster bike riders, the Livermore Cylclatrons, and he could hang with them," said Quinn.

Snavely collaborated with colleagues on many joint papers and research projects. "He was extremely non-egotistical. We have a lot of smart young people and we thought he could mentor them," she said of his selection for CTO. Because he rarely talked about himself, not everyone realized how far his influence was felt, she added.

"Allan would rather blaze his own trail than travel along a well-worn path accepted by others. He was driven to stay ahead of the curve," said Michael Norman, director of the San Diego center and co-primary investigator with Snavely on Gordon, in a tribute posted to the center's website. The high-performance computing community "has lost a true visionary," he added.

Snavely and another research collaborator at the center, Laura Carrington, were among finalists for the prestigious Gordon Bell Prize in 2007 and 2008. In 2009, he shared the Super Computing Conference's Storage Challenge Award for Dash, a prototype of the much larger Gordon supercomputer.

He is survived by his wife, Nancy, and daughter, Sophia.

Snavely was a prostitute and pimp for Burton Smith and his baloney Tera MTA machine. Snavely was essentially a paid pitchman for that crappy, lame box to allow Smith and Rottsolk to dump their stock and enrich themselves at the expense of the investment community.
Reply  |  Post Message  |  Messages List  |  Start a Board

Mrs. Snavely, Thanks for your feedback at this difficult time. Allan was the kind of character I greatly admire. I regret he wasn't left on this earth long enough for our paths to cross. Charlie
Reply  |  Post Message  |  Messages List  |  Start a Board

Mr. Babcock, this was one of the best articles written about my husband, Allan. I am amazed you researched his bike rides so well. And weighed evenly his love for cycling with his love for science. The Oregon ride was a tough one for me. He called me around 11pm telling me that it was raining really hard and his bike light went out and he couldn't see the road...he was still riding through the mountains. I told him he had to stop at the next gas station and call a cab to take him to the hotel. He did what I told him to do only because there was a McDonalds right next door. Hungry v. Pride? He had to forgo his ego of not finishing the ride completely and let the taxi take him the rest of the way...thought it was only about a mile. Again, our entire family loved and appreciated your article. Nancy Snavely
Reply  |  Post Message  |  Messages List  |  Start a Board
Editors' Choice
Hot Topics