0 comments
Comment Now
Tweet
Everybody's head was in the cloud, or so it seemed in 2010. Both well established and startup vendors developed solutions and strategies designed to extend their reach or provide entry into this booming market. After all, IDC estimated the cloud market will be worth $55 billion by 2014; Gartner predicted the cloud world could be valued at $148 billion at that time, in part because Gartner included Google AdWords advertising revenue in its figures, said Gregor Petri, adviser, lean IT and cloud co 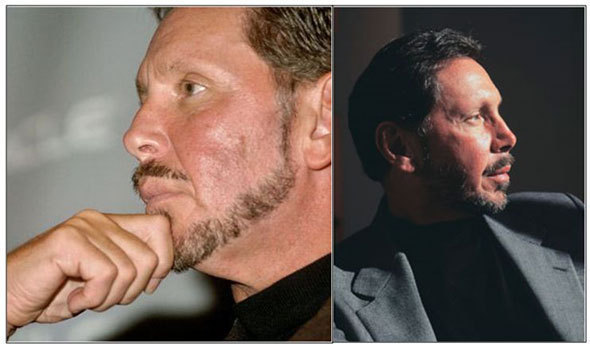 What a difference a year makes. In September 2009, Oracle CEO Larry Ellison denounced in passionate tones the "absurdity" and "idiocy" of cloud, backed by "nitwit" venture capitalists, in a talk at the Churchill Club in San Jose, Calif. In an opening keynote at Oracle OpenWorld in San Francisco on Sept. 19, he made a 180-degree turn to acknowledge Oracle wished to be a cloud vendor too. His definition of cloud computing was suspect, and his candidacy to join the cloud looked like a warmed-over Real Application Cluster -- an old Oracle technology now dubbed the Exalogic Elastic Cloud -- but Ellison and Oracle had become supporters of cloud computing, reflecting the shift toward acceptance in its own customer base.

"The scale of application deployments is growing; multi-thousand-seat deals are increasingly common. IT managers are thinking strategically about cloud service deployments; more-progressive enterprises are thinking through what their IT operations will look like in a world of increasing cloud service leverage. This was highly unusual a year ago," said Ben Pring, research VP at Gartner. Software as a Service (SaaS) represented 70% of 2010 revenue, with Infrastructure as a Service (IaaS) accounting for the remaining 30%, according to Analysys Mason. By 2015, the split will shift to 60% SaaS and 40% IaaS, the researcher estimated. Solution providers, resellers, and other agents will account for 39% of end-customer generated revenue by 2015, Analysys Mason said. Application and IT vendors will make up 36%; cable TV operators, as well as fixed and mobile telecommunications operators, are expected to generate 23%, and managed service providers will round up the remaining 2%, the research firm said. "We expect that this will be a significant opportunity for existing IT services players to evolve their current offerings -- such as outsourcing, system integration, development, etc. -- to become cloud-enabled and try to combine the best of the two worlds, namely traditional IT services and cloud computing," said Gartner's Pring. Large and small enterprises are adopting cloud, further spurring growth of the technology, experts said.

Why Cloud Security Worries Are Overblown

Benioff Vs. Ellison: This Round Goes To Salesforce

Amazon expanded its list of servers that could be run by the hour. It added to the low end a Micro Instance, with about half the memory allocated of a small Standard instance. Then Amazon, led by Jeff Bezos, created two options for high performance computing where customers could rent clusters of interconnected servers in the Cluster Compute Instance and the GPU (Graphics Processing Unit) Cluster Instance. That brought to 10 the number of options it was offering at hourly rates that ranged from two cents an hour up to $2.60 an hour. And it prioritized availability for the first time by bringing forth the option of using reserved resources at a higher monthly rate instead of always relying on on-demand resources.

Amazon Launches Supercomputing In The Cloud

Microsoft began to rapidly expand the options that could be accomplished with its Azure Platform as a Service (PaaS), seeking to make it a bastion of software development by making its Visual Studio tools operative there as well as inside the enterprise. Microsoft gave developers the ability to link database systems in the enterprise and cloud by allowing SQL Azure to synchronize with SQL Server. Its goal, said CEO Steve Ballmer, was to make cloud computing more accessible to Windows developers.

Microsoft Pushes Platform As A Service In Cloud 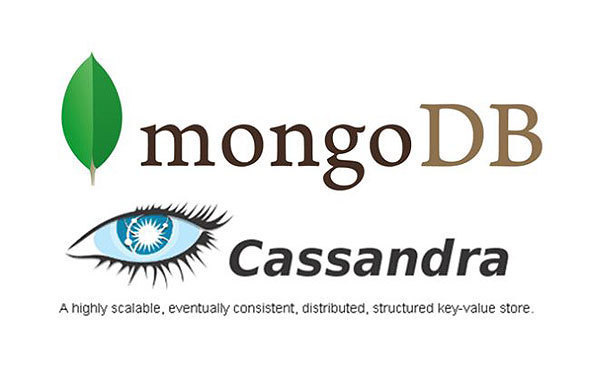 A particular type of cloud software, NoSQL systems such as Cassandra and MongoDB gained currency and displaced relational database systems for very large tasks in the cloud. Cassandra took over the heavy lifting from MySQL at Twitter, and became the primary information sorting system at Facebook and Digg, as well. NoSQL doesn't meet the stringent transaction-completion test set for relational databases, so it isn't used for that purpose. But for sorting and maintaining large amounts of information quickly on a large server cluster, it excels. And when it comes to tweeting, wall postings, or online gaming, that's exactly what's needed today.

Surprise: 44% Of Business IT Pros Never Heard Of NoSQL 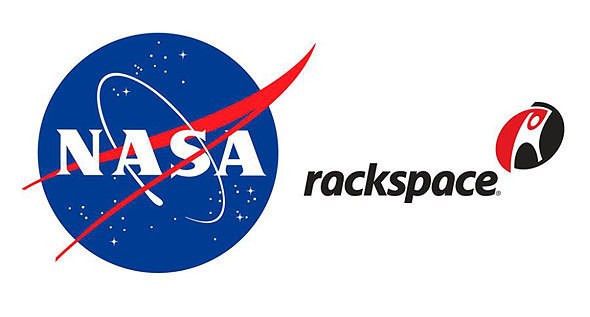 Rackspace, the second-largest supplier of cloud Infrastructure as a Service (IaaS), teamed up with NASA to launch OpenStack, an open source project. It's designed to produce the core elements needed to establish a cloud service, and its efforts may be of interest primarily to service providers, such as Cloud.com, an early member, and Rackspace itself, the second largest supplier of infrastructure as a service to Amazon's EC2. Both NASA and Rackspace already have experience in establishing cloud services and decided to team up with others to share costs and speed development. With the federal government's commitment to cloud, the project will be closely watched.

Open Source Clouds On The Rise 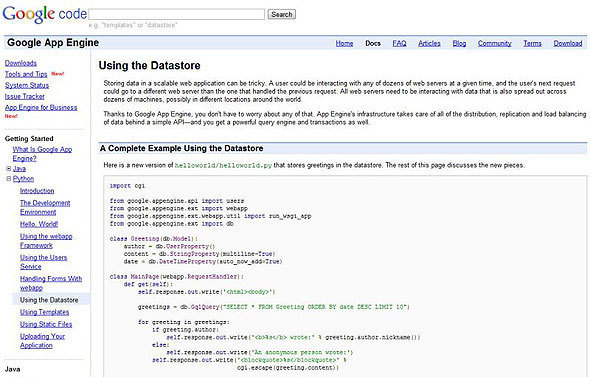 Cloud computing doesn't always work out as expected, and Google's App Engine suffered a setback when its customers pointed out in May that its storage service, Datastore, was operating much more slowly than they expected and they had even experienced a 45-minute outage. Google acknowledged the problem in a public statement, suspended fees for use of Datastore, and blamed it on App Engine's rapid growth. But startups, talked into relying on Google as an expert builder of cloud services instead of building their own, were taken aback. "We are very, very concerned with these instances of failure. ...If we can't depend 99.9% on Google App Engine, that is fine. We will come back when you are ready. But as a startup building a business application, we can't risk these sorts of downtimes," said Bill Edwards, a developer using App Engine, in a Google Groups post on June 2. 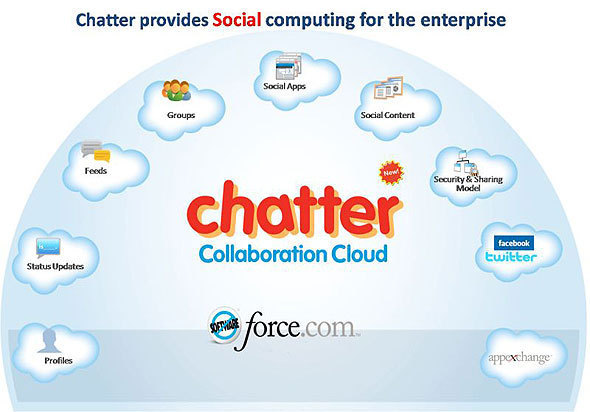 In June, Salesforce.com, in some ways the most successfully monetized cloud vendor, offered a new service, Chatter, on its Force.com cloud application-building platform. With 160,000 applications available through the platform, customers now could add a social networking and collaborative service. They could use the secure Force.com platform to link members of ad hoc groups together -- say marketing with the field Salesforce -- in ways that previously had been difficult or impossible. With Chatter, users could push out information on particular customers to a group of trusted associates or share results of a business process. Associates could share email or application data related to a pending contract. Salesforce's Marc Benioff dubbed it the "Facebook for business," and said Salesforce.com had built it with a Google Toolkit on Google App Engine. 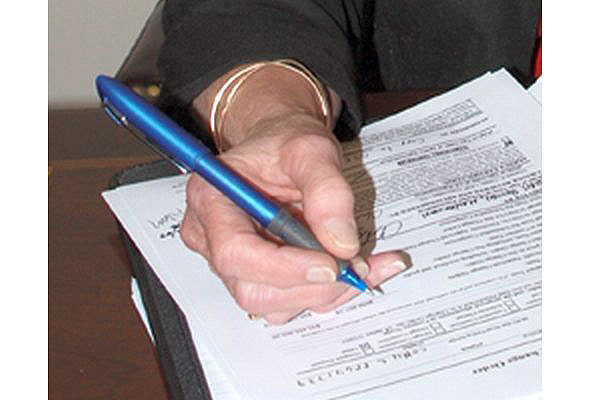 In a widely followed debate, word leaked that Eli Lilly, a marquis customer for Amazon Web Services' EC2 cloud, was discussing service level agreements with AWS and not making headway. The pharmaceutical giant wanted to insert a business impact provision because, when it first launched, EC2 didn't offer any service level agreements. AWS later acknowledged that if EC2 servers failed, the customer was entitled to some recompense, and offered hours of credit toward future use equal to the time lost in an outage. But many enterprise customers -- such as Eli Lilly -- were concerned about the impact to their business if EC2 was down, and sought business impact penalties in the agreement. As an Infrastructure as a Service (IaaS) supplier, Amazon has not budged. Today, it remains up to the customer to include provisions for application failover to another data center in case of an outage.

Practical Analysis: How Much 'Cloud' Do You Really Want?

How To Protect Your Company In The Cloud 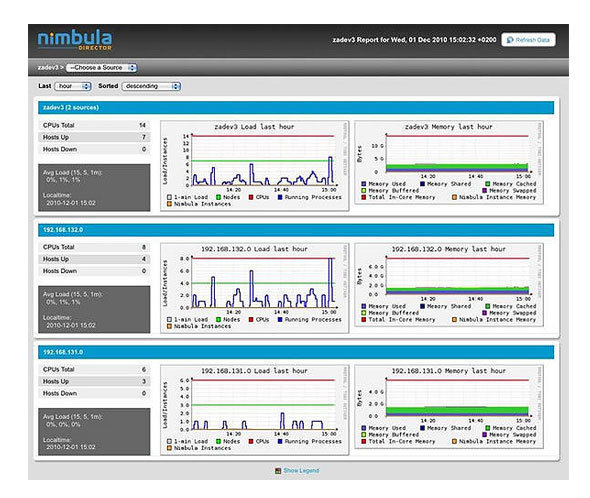 Amazon's CTO Werner Vogels gets a lot of credit for EC2, and he has been a relentless proselytizer for the service. But the people behind the scenes were Chris Pinkham and teammates, who architected the original Amazon store services, then realized the same computing engine could be offered as a general purpose service. Pinkham wrote Amazon Web Services EC2, and then left to work from his homeland, South Africa. Now he's back in the United States and started Nimbula with co-founder Willem van Bijon, aiming to provide the software to build an Amazon-like infrastructure inside the enterprise. Nimbula's first product, cloud operating system Director, launched as a beta product on Aug. 30. 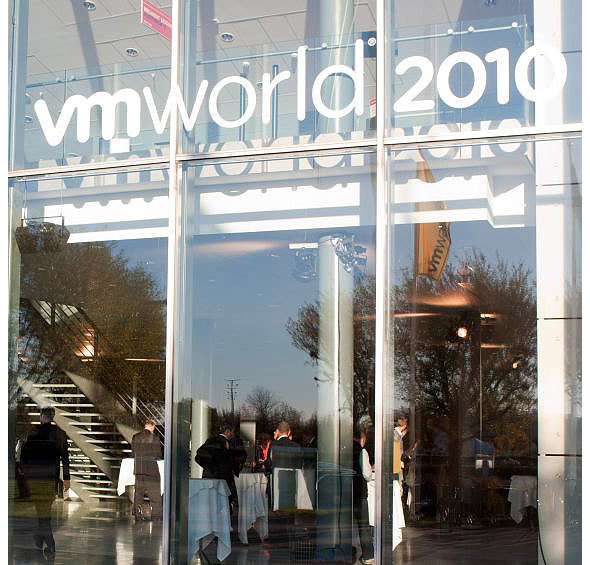 VMware is emerging a powerhouse of the virtualized infrastructure inside the enterprise, and few doubt but that vantage point will provide many companies' avenue to the cloud. VMware's vSphere 4 management software has begun to treat virtual machines as resources that may be located on premises or in the public cloud. But in one of its more far-reaching moves, VMware has repositioned its Spring Framework as a development environment, not just for building Java applications, but as a future platform for launching cloud applications. If developers don't already run their applications in the cloud now, "they will want to produce application that easily deploy to a cloud in the future," predicted Rod Johnson, senior vice president of VMware's application platform division.

Global CIO: Bank Of VMware: Its Bold Plan To Fund Your New Applications

We welcome your comments on this topic on our social media channels, or [contact us directly] with questions about the site.
Comment  |
Email This  |
Print  |
RSS
More Insights
Webcasts
Cloud Security Threats Enterprises Need to Watch
12 Ways to Defeat Multi-Factor Authentication and How To Stop the Bad Guys
More Webcasts
White Papers
NetFlow vs Packet Data
Definitive Guide to Securing DevOps
More White Papers
Reports
Can You Spare 10-12 Mins to Help Us Out with a Survey on Tech Trends?
Got 7 Minutes? Dark Reading Needs Your Help With Our Survey on Incident Response
More Reports
Copyright © 2020 UBM Electronics, A UBM company, All rights reserved. Privacy Policy | Terms of Service