Led by actor Gary Sinise, a pair of organizations are leveraging technology to provide smart homes to disabled veterans.

Smart homes represent a new level of convenience with the added cool factor of “look what I can do with this technology.” But for people who have limited mobility or prosthetics in place of limbs it can mean reclaiming an independent life. That’s why the Gary Sinise Foundation, created by actor Gary Sinise, created the RISE program. 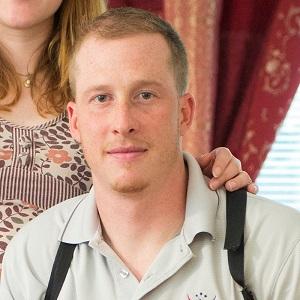 RISE is an acronym for Restoring Independence Supporting Empowerment. It’s the program that builds customized smart homes to meet the needs of severely wounded veterans, their families and their caregivers. By the end of 2016, the foundation will have 51 smart homes built or underway. RISE’s partner, Core Brands makes the ELAN home system and donates some of their products to help reduce costs for the foundation.

The ELAN systems underlie the smart homes that are custom built for the particular needs of the wounded veterans. I spoke with Scott Schaeperkoetter, director of operations for the RISE program. He explained that wounded veterans can apply for the program, and that “Gary has a personal relationship with a lot of them,” as he sees them in person on visits to hospitals or when he plays on military bases.

He also responds to hearing their stories on the media, as in the case of US Marine Corporal Mark Litynski, who served in Afghanistan where an explosive device caused the loss of both legs above the knee and his left forearm. The RISE program built him a house equipped with smart home systems that can be accessed through the Elan app on his smartphone, iPad, or Elan's remotes and in-wall touchscreens throughout the the house. The house has additional features customized specifically for the requirements of a remote location and the Litynski’s personal preferences.

Though each smart home is personalized, what is universal for all is the ELAN system that enables complete control over lighting, audio/video systems, entry and garage doors, home security cameras, window shades in the master bedroom, and HVAC with different zones. Each of these features are essential for restoring independence.

For example, door stations in place allow the veteran to respond if someone rings the bell by seeing the visitor on camera and speaking to the person outside. Then the door can be unlocked from the phone control, eliminating the necessity of extra movement from someone in a wheelchair or relying on prosthetic legs. Control over shades is another important ability because many burn victims are very sensitive to light. Having the “ability to control the amount of outside sunlight that comes into the home is very pivotal in their recovery,” Schaeperkoetter said.

He also explained that the homes typically allow for three different zones for temperature control to enable the veterans to put in different settings for themselves and other members of the household. As amputees tend to prefer cooler temperatures, they may want to have just their bedroom cooler at night while allowing the rest of the house to be set at a temperature that others would find comfortable. Assuring that the house fits the needs of the family as well as the veteran is “a big part of what we do,” he says.

That’s why each home has to be designed around the particular needs of the inhabitants with the user interface modified as needed. Schaeperkoetter offered an example of a veteran who has very limited use of his hands. As he can’t handle smaller buttons, they altered the viewpoint of the ELAN operating system for him. Instead of seeing 10 buttons at once, he gets only two, which allows him to use them a lot more easily.

The process of equipping these smart homes takes about seven months on the technology side. Schaeperkoetter explained that the smart home integrators come in for a week or two at the roughing in stage and then return for about two weeks at the end to program the smart systems. They work with each veteran to set up different programmed settings and interfaces to suit their needs. After installation is complete, the veterans “take a crash course in how to operate the system.” It doesn’t take too long, he says, because the system is “very intuitive.”

Just as each home varies, the cost varies, depending on the geographic area, so I couldn’t get a price range for building the smart homes. The results, though, clearly are priceless. The way Litynski put his feeling about his smart home is: “It probably sounds so simple to someone else, but I can’t describe the feeling of being able to do something yourself that you once couldn’t.”

We welcome your comments on this topic on our social media channels, or [contact us directly] with questions about the site.
Comment  |
Email This  |
Print  |
RSS
More Insights
Webcasts
Zero Trust for a Work-From Home World
Detecting and Preventing Insider Data Leaks
More Webcasts
White Papers
Why Add Security to Your Skill Set and How to Do It
Stop Malicious Bots For Good: How Better Bot Management Maximizes Your ROI
More White Papers
Reports
The Infoblox Q4 2020 Cyberthreat Intelligence Report
2021 Top Enterprise IT Trends - Network Computing
More Reports