Your iPad was built for the cloud. Check out some surprising things the iPad and cloud can do together.
Jeff Bertolucci
Contributor
June 20, 2013 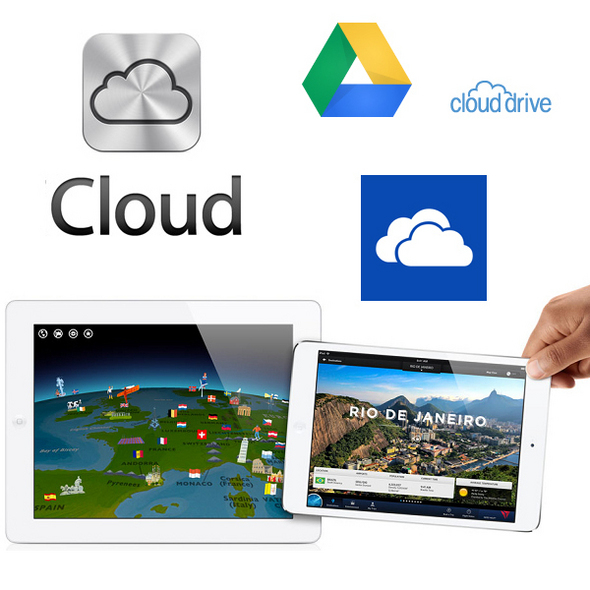 The iPad, like all mobile devices, is inherently cloud-centric. Without an Internet link to ferry data, the tablet computer's capabilities are severely limited. And its dependence on cloud-oriented apps will only increase. Gartner predicts that 40% of mobile app projects by 2016 will leverage cloud back-end services.

Cloud-focused apps, such as storage and syncing services as well as productivity suites, have a particularly strong appeal to business users. The iPad, of course, is designed to work well with Apple's in-house cloud services, such as iCloud and iTunes, but an increasing number of third-party apps provide attractive alternatives, particularly for enterprises managing devices from multiple vendors: iPads, Windows PCs, Android phones or tablets, and so on.

Tablets are starting to see duty in the workplace, in large part because their form factor makes them superior to PCs for many tasks. As InformationWeek's Michael Endler writes, businesses now are finding many uses for iPads and other tablets, including food ordering and payment in restaurants, e-form filing for law enforcement personnel, and operations management on factory floors. Laptops and desktops are still superior at more conventional PC tasks, however, such as programming, writing long reports, image editing and working with spreadsheets.

For many iPad users, Microsoft Office remains elusive. There are many cloud-based alternatives, of course, some of which we discuss in this slideshow. Apple and Google offer productivity suites with varying levels of MS Office compatibility, including the ability to sync documents with cloud services. And Microsoft recently released a so-so version of Office that's optimized for the iPhone, but not the iPad. This strategy appears designed in part to boost the appeal of Windows tablets, which can run full-fledged versions of Office. It has its risks, however, such as creating pent-up demand for Office-compatible iPad apps that Microsoft's competitors are eager to satisfy.

The iPad is tightly integrated with iCloud, which remains the easiest solution for backing up and syncing documents, contacts, photos, videos, songs and other stuff that matters to you. And this fall iCloud will add new features designed to boost its advantage over its many cloud-storage competitors, most of which offer more free storage.

Dig into this slideshow to see cloud-oriented apps, tasks and tools for your iPad. Even if you're already familiar with some of our suggestions, you should find features that are new to you. And remember that no iPad is an island (with sincere apologies to John Donne).