SEARCH
A minimum of 3 characters are required to be typed in the search bar in order to perform a search.
Announcements
Event
SupportWorld Live: May 15-20, 2022 | MGM Grand, Las Vegas, NV
Event
Data Center World is the leading global conference for data center facilities and IT infrastructure professionals.
Report
IT Enterprise Dashboard: This interactive data tool enables access to global research on IT budgets, business challenges
Event
Get in-depth insights & analysis from experts on all aspects of communications, collaboration, & networking technologies
Report
Find out what you need to know so that you can plan your next career steps and maximize your salary.
PreviousNext
Software as a Service
Slideshow 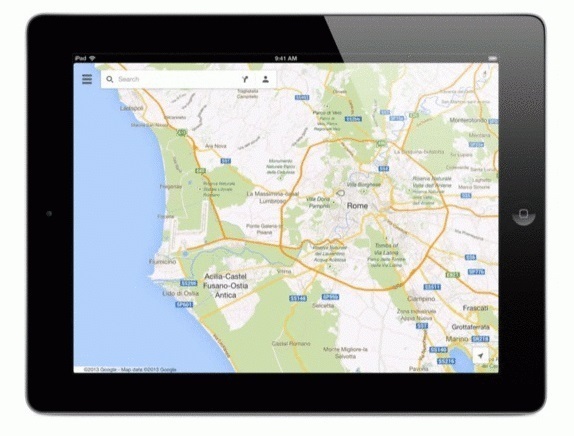 The new version for iOS offers users enhanced search and navigation tools for exploring both local and far-away destinations. In a recent blog post, Daniel Graf, the director of Google Maps, described version 2.0 as the "first dedicated iPad mapping experience." This is the first version of Google Maps to be optimized for the iPad. It features a full-screen design and Street View, which has been available to iOS users since October 2012 and to iPhone users since last December. The larger tablet-screen layout allows you to map your journey and navigate with ease.

In his post, Graf explained how the new Google Maps lends itself to traveling by car. As you travel, the app announces directions and what is happening on the road in real time. If you prefer public transportation, you'll appreciate the app's schedules for train and bus stations around the world. Version 2.0 also provides appropriate directions for bicyclists on over 330,000 miles of bike lanes, trails and paths around the world.

Improvements go beyond a larger tablet screen and improved navigation capabilities. Version 2.0 not only makes it easier to travel from point A to point B but also provides suggestions for places to stop along the way. The Explore feature points out places to eat, drink, shop, sleep and be entertained as you travel. Tap the search box and a set of cards will appear to show popular local places. Even if you aren't on the road, you could easily use Explore to discover new eateries or attractions in your area.

For each restaurant, bar or cafe found in Explore the app provides restaurant reviews and ratings from Zagat and Google+ users.

Google Maps also now features mobile offers and discounts from national brands such as Macy's and Michael's. Offers are available on the map screen for easy access, but some of the features are not available in all countries.

Want to see some of these functions in action? Click through to see how the new Google Maps can benefit you.