SEARCH
A minimum of 3 characters are required to be typed in the search bar in order to perform a search.
Announcements
Event
[Interop Virtual Event] Cyber Resilience in Uncertain Times | December 1, 2022
Alert
We Need Your Help: SD-WAN & SASE Survey!
Event
Service Management World: November 12-16, 2022 | Orlando, FL
Report
How does your salary stack up? 2022 IT Salary Survey Results Revealed
PreviousNext
Software as a Service
2 MIN READ
News

Console sales overall slipped 1% in July with the slimmer Xbox 360 topping the category for the first time in nearly 3 years according to NPD Group.
Antone Gonsalves
Contributor
August 14, 2010 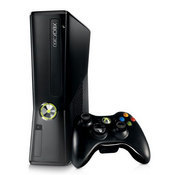 Microsoft's introduction of a slimmer Xbox 360 drove sales to 443,500 units in July, easily beating the Nintendo Wii and Sony's PlayStation 3, The NPD Group said in releasing its monthly report late Thursday. The last time the Xbox 360 held the top slot was in September 2007, when sales were driven by the launch of "Halo 3," an Xbox-only game that's among the industry's most popular games

Sales of video-game hardware as a whole, which includes the PlayStation Portable and the Nintendo DS portable, rose 12% from the same month a year ago to $313.8 million. Besides the Xbox 360, the PlayStation 3 also saw a "significant" increase in sales compared to a year ago.

Industry sales, including hardware, software and accessories, dipped 1% from a year ago to $846.5 million, NPD said. Not included in the industry number are PC games, which saw a 103% increase in dollars from a year ago, due to the success of "Starcraft II."

Blizzard Entertainment released the game July 27 and sold 721,000 units in the month. If PC games were included in video-game industry sales, then the latter would have been up 4% in revenues from a year ago, NPD said.

Microsoft's Kinect, which is scheduled to be released in early November in the United States, is the more innovative of the two devices. The system comprises a camera, audio sensors and motion-sensing technology to track human body motion. The Wii and upcoming PS3 systems require users to hold a special device. Sony plans to release its PS3 Move add-on in the U.S. in mid-September.

The NPD Group's monthly report is based on store sales only, and doesn't include online sales.