50%
Tweet
Websites aren't going anywhere and will continue to be part of the corporate IT infrastructure for years to come. Here are 10 languages you should know if building web apps is on your agenda. 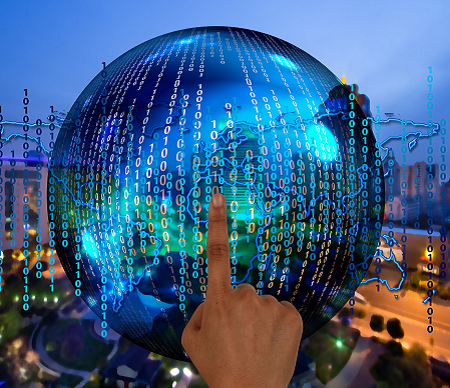 If we live in an app economy, as we're often told, then why should IT professionals care about the programming languages used for web development? The answer has several parts.

First, there's no clear agreement that the world is turning only to apps. There are voices in favor of web pages as the defining user interface rather than native apps. Next, even if organizations are shifting to apps, the shift is going to take a while. How long could it take? Let the fact that there's still a demand for COBOL programmers guide your thinking.

Finally, even in the face of an app-based onslaught, websites aren't going anywhere. Whether you're thinking about enterprise application portals or customer-facing user experiences, websites will continue to be part of the corporate IT infrastructure for years to come.

One of the hallmarks of the web experience is that it is constantly changing and evolving -- constantly being altered and manipulated to find the best user experience.

I reviewed articles on popular languages from sources including the IEEE, TIOBE, and New Relic, factored out the languages that aren't especially web-oriented, added a couple from my own experience, then whittled the list down to 10 entries.

If you're going to write a page with front-side (client system) intelligence, you're going to be using JavaScript. But there's a tremendous amount of variation in the server-side development languages. The only constant is that a database will be involved, and I'm not going to wade into databases in this article.

Here are 10 languages that you should be aware of if you're going to build web applications. I've personally used some, am curious about others, and I'm glad I don't have to learn or do anything with a few.

I'm curious about which ones you use, and curious about one other thing: How many languages should a modern programmer have in his or her tool kit? (I mean, not only know enough to recognize the language by looking at a code snippet, but actually be able to write something minimally functional in the language.)

Is the answer two? Six? Twenty-three? Let me know what you think about the number -- and about the languages that come next.

This list looks like it could have been written in 2010 (or possibly even 2000).  It completely skips over the #1 web development language/framework/library, jQuery.  More recently, AngularJS (1.x, aka Angular in the 2.0 version) is becoming a language/framework/library which cannot be ignored by any serious web developer.  If you really want to group both those technologies in with JavaScript, at least mention them in the description!

A quick Google search will quickly verify that the correct capitalization is, and always has been, ASP.NET (and now ASP.NET Core).

I've heard folks criticize Java because it's too "bare metal" -- preferring things like Node.js where devs practice the freedom they claim Javascript offers over Java.

Now it's being criticized because it's not close enough to the "bare metal"?  While device drivers and operating systems are not for Java, it's difficult to read that it's not "bare metal" enough for web applications.  A lot of web servers, web frameworks and various application containers are written in Java.  On top of those frameworks, developers create business functionatlity.  What's not "bare metal" enough about that?
Reply  |  Post Message  |  Messages List  |  Start a Board

4-10 are used to create 1-3. The first three slides should have been either omitted or be the only slides depending on how you look at it.
Reply  |  Post Message  |  Messages List  |  Start a Board

Very useful as I still think in terms of 001100111010110011010  etc or assembler. I'll bet most CIOs don't know these languages exist. Reference articles like this are always more useful than illustrated flannel skirting round a subject without gripping it.