7 Linux Facts That Will Surprise You - InformationWeek

Here are seven things we bet you didn't know about Linux and why it remains a software project of historic proportions. 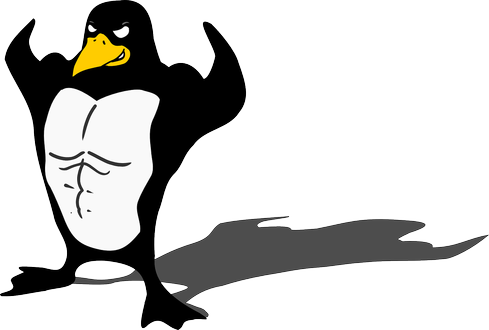 In the 20 years since Linux 1.0 first appeared, the open source operating system has become one of the major winners in the enterprise data center, alongside Microsoft Windows. Linux also has a presence on the public Internet and in public cloud services.

But we don't hear a lot about the ongoing development of Linux. In 2007, Linus Torvalds and the other Linux kernel committers were adding patches to the kernel at the rate of 86 per hour, or 1.43 per minute. InformationWeek reported in 2007 that Linux, then 16 years old, was the largest sustained software project in the world. Dan Frye, an IBM VP who tracked it, then said: "No other open source project has gotten this large or moved this fast. It's a first-of-a-kind developer community."

At the time, InformationWeek asked whether any open source project could maintain the discipline and manage the flood of outside contributions from a constantly rotating list of contributors that had characterized the progress of Linux up to that point. It was clear at the Linux Collaboration Summit in Santa Rosa, Calif., last week, that the pace of support for Linux has not only been sustained, but has picked up in those intervening years.

On the following pages, we share seven things we learned at the annual Linux Collaboration Summit that you probably don't know about the modern version of Linux, including how it remains the world's largest sustained software project.

That's a fair question, Tom. Jon Corbet's report summarized numbers of defects but I didn't see a ratio. So I turned to Coverity, which scans open source projects for defects and found it rates core Linux kernel code at .61 defects per 1,000 lines. Any rate equal to 1.0 or less is considered "good quality software." The .61 for the kernel (excluding drivers) compares to an average .59 for open source projects overall. That's pretty good because the rate of errors goes up with the size of the project. It's latest report covers Linux through the end of 2013. It doesn't address 2014. Open source in general has lower ratios than commercial code.
Reply  |  Post Message  |  Messages List  |  Start a Board

How does the Linux kernal error rate per thousand lines of code compare with other projects? Is it significantly better or worse?
Reply  |  Post Message  |  Messages List  |  Start a Board

Oops. Just saw a claim for the OpenStack Project that it now consists of 20 million lines of code.
Reply  |  Post Message  |  Messages List  |  Start a Board

the Linux community has been accused by Richard Stallman of ignoring the contributions to the operating system from the Free Software Foundation's Gnu tools and components. But many Linux builders and contributors freely acknowledge Gnu pioneered major operating system comjonents. But the kernel remains a new creation, not indebted to other sources other than the precedents and example that Unix set. To my mind, Linux remains Linus' Unix. The penguin mascot, Tux, is an acronym for Torvald's Unix.
Reply  |  Post Message  |  Messages List  |  Start a Board
InformationWeek Is Getting an Upgrade!