7 Linux Facts That Will Surprise You - InformationWeek

19 comments
Comment Now
Here are seven things we bet you didn't know about Linux and why it remains a software project of historic proportions. 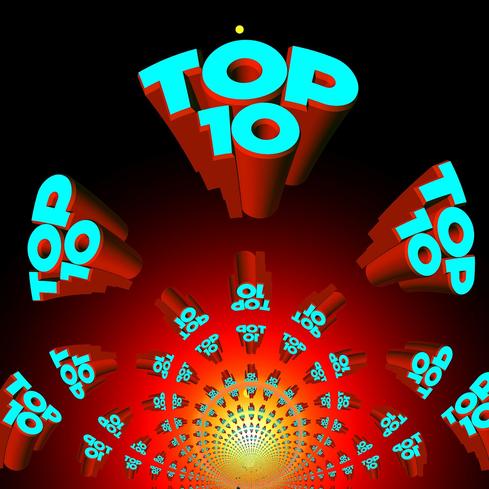 Intel Moves To The Top

The top 10 list of Linux contributor companies changed in 2014, with Intel displacing Red Hat in the top spot. The single greatest category of kernel code is device drivers, accounting for more than 10 million lines. Needless to say Intel is active there. To get a top 10 list of companies, you have to ignore independent developers who are not associated with a particular company. Collectively, these developers represent the single largest source of contributions. They, along with a group of "unknown" contributors whose affiliations can't be determined, sit somewhere in the middle, among a group of top 12 contributors. Jon Corbet, of Linux Weekly News, concluded that 80% of the contributions coming to the Linux kernel are from developers paid by a company to do the work on Linux. Here's the full list from Corbet:

You have to think of the entire product lifecycle. It's not just releasing the app. There's upgrades, support, & development. If the company doesn't feel it's worth the cost & effort, that's probably why it's not released.
Reply  |  Post Message  |  Messages List  |  Start a Board

I agree with you - technically there is no burden for such kind of migration. Mac OS X kernel is quite similar to that of Linux and both OSes share many tenets/facets.
Reply  |  Post Message  |  Messages List  |  Start a Board

"With a combined 96.3% of the global smartphone market,[3] Apple's iOS and Google's Android operating systems enable the low cost and phenomenal capabilities of smartphones by directly leveraging the ability of open source software to deliver powerful capabilities without attaching huge licensing fees"

@Terry: I agree with you. I think Linux has contributed towards the OpenSource community as a whole and not just to the league of operating systems. Not a lof of people realize and acknowledge this contribution.
Reply  |  Post Message  |  Messages List  |  Start a Board

I can't understand the term "based on demand" are "you" a professional company or not it is not a big deal to migrate an application written for Mac to a linux system.
Reply  |  Post Message  |  Messages List  |  Start a Board

I'm not saying it's not happening. I just said it's based on demand. Not small #s but huge is what makes platforms supported or not.
Reply  |  Post Message  |  Messages List  |  Start a Board

Very few computers with Linux are sold in retail stores. I wonder what will happen when consumers have a choice. I also wonder why we do not have a choice.
Reply  |  Post Message  |  Messages List  |  Start a Board


8. The economics behind Linux are similar to those of rural electrical cooperatives: If everyone contributes just a bit of wire (or code) to the power grid (or kernel), the outcome is a shared and fully working power grid (or operating system) that none of the members could have built on their own.

9. In 2002 the U.S. Department of Defense seriously considered banning Linux and open source software. A study by The MITRE Corporation[1] convinced them to do the opposite and instead issue policies that promoted open source software[2] as a valuable cost reduction, research, and even security resource. Had the DoD instead banned Linux, the ban very likely would have spread to other federal agencies and discouraged private industry from using Linux. That would have dramatically impacted our current world because...

10. Smartphones as we know them would never have emerged without Linux and open source software. With a combined 96.3% of the global smartphone market,[3] Apple's iOS and Google's Android operating systems enable the low cost and phenomenal capabilities of smartphones by directly leveraging the ability of open source software to deliver powerful capabilities without attaching huge licensing fees. Apple built iOS by starting with the Unix-like BSD operating systems, and Google continues to leverage both Linux and BSD software in Android.

Linux has matured as time has gone by.  We've come a long way, baby, from the CLI.  And the fact that it attracts "new blood" should not come as a surprise to anyone except entrenched players (such as MS) and Windows-only zombies.

For anyone contemplating the move to a 'nux distro - The two major distros today are Ubuntu (warning: Avoid v.14.04.2) and Linux Mint.  Yours truly is a proud administrator of both on a custom configured triple boot laptop.
Reply  |  Post Message  |  Messages List  |  Start a Board

I will give you an example , hmm ok let's go skype web page, check the download page and you can see for Mac/x86/Android/Ios and Android support almost for all the known operating systems but let's do to CAD software page , where is the linux version because I cant find .... ;)
Reply  |  Post Message  |  Messages List  |  Start a Board

Is it because the usage of the Linux versions aren't as popular? I guess developers but most of their time into the more widely used platforms.
Reply  |  Post Message  |  Messages List  |  Start a Board
Page 1 / 2   >   >>
Editors' Choice
Hot Topics

More Informa Tech Live Events
Cybersecurity's Next Wave - What Every Enterprise Should KnowWhat We Can Learn from Sports AnalyticsBuilding the SOC of the Future: Next-Generation Security Operations