Former Microsoft CEO Steve Ballmer, who infamously once declared Linux a "cancer," has now had a change of heart and applauded the company's latest moves to embrace the open source platform.

In a major reversal, former Microsoft CEO Steve Ballmer, who in 2001 called Linux a "cancer" that attaches itself to the intellectual property of everything it touches, has commended his former company's latest move toward open source.

Earlier this week, when Microsoft announced its SQL Server will run on Linux, Ballmer sent an email to Microsoft's CEO Satya Nadella saying he "loved" the announcement, according to a Reuters report.

Speaking at a dinner Wednesday hosted by Fortune, Ballmer told the attendees that his earlier stance on Linux was right for the time but that now the Linux threat was "in the rearview mirror," according to Reuters. 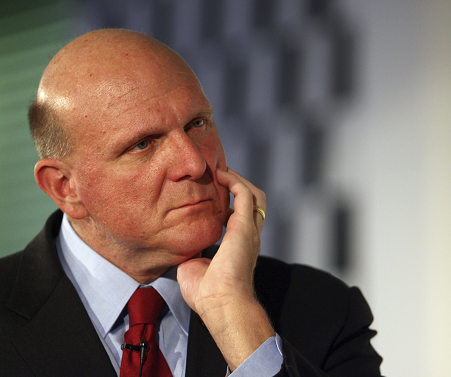 The former CEO further noted that Microsoft's earlier hard-line stance to keep Linux away helped it reap far more revenue than it would have, had it embraced the open source community at the time.

However, during Ballmer's tenure as CEO from 2000 to 2013, tech stocks went on a multiyear drop and Microsoft shares lost more than 40% of their value, Reuters noted. Also, shares have risen more than 50% since Nadella took over in February 2014, the news service said.

Times are different now than they were 15 years ago when Ballmer made his Linux cancer statement. The Redmond giant has seen its share of Windows servers losing ground to Linux servers, so it is no longer a case of defending its top position but now rather one of looking to become stronger by aligning with competitors.

In sizing up the change in Microsoft's attitude toward Linux since Nadella came aboard and Ballmer left, Gartner analyst Al Gillen told InformationWeek in a previous interview that the SQL Server Linux arrangement would not have likely happened if Ballmer was still onboard.

A possible reason for Ballmer's soften stance: yoga. Reuters reports that since leaving Microsoft, he has taken up yoga as a hobby and spends time meditating.

"You get a lot of time to work out, meditate, take it easy," he told Reuters. "It's a wonderful thing to do."

Dawn Kawamoto is an Associate Editor for Dark Reading, where she covers cybersecurity news and trends. She is an award-winning journalist who has written and edited technology, management, leadership, career, finance, and innovation stories for such publications as CNET's ... View Full Bio
We welcome your comments on this topic on our social media channels, or [contact us directly] with questions about the site.
Comment  |
Email This  |
Print  |
RSS
More Insights
Webcasts
The Experts Guide to Ransomware Response
Multi-Cloud Data Management for Modern Applications
More Webcasts
White Papers
Using Farsight Passive DNS for Incident Response
Brand Protection During a Global Pandemic
More White Papers
Reports
Immuta Data Engineering Survey: 2021 Impact Report
Are Unprotected Cloud Databases Leaking Your Data?
More Reports

Opposition to Linux was right for the time? It left Microsoft saddled with a legacy of virulent, unreasoning opposition to the open source field, and even today, it has only selectively found partners that it can work with (Samba, Python, Chef, Linux). Microsoft protected Windows revenues, perhaps. But it sacrificed future usage of its Azure cloud, which suffered initially as being viewed as a Microsoft technology showcase. A cloud needs to be open to open source code components and as many potential partners as possible. If you call shooting yourself in the foot a good strategy, then, yes, it was the right move.
Reply  |  Post Message  |  Messages List  |  Start a Board
InformationWeek Is Getting an Upgrade!