Ray Tomlinson, creator of the first network email has died. Tomlinson invented the 1971 email program that still relies on the use of the @ sign today.

Ray Tomlinson, widely regarded as the creator of the first network email, has died. He was 74.

The Raytheon BBN scientist passed away on Saturday. Details of his death were not disclosed.

"It is with great sadness we acknowledge the passing of our colleague and friend, Ray Tomlinson. A true technology pioneer, Ray was the man who brought us email in the early days of networked computers. His work changed the way the world communicates and yet, for all his accomplishments, he remained humble, kind and generous with his time and talents. He will be missed by one and all," according to a statement Raytheon provided InformationWeek. 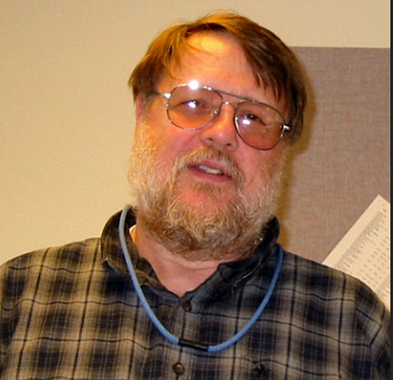 Tomlinson developed the first network email in 1971, which allowed users to send person-to-person network email using the user's name, the @ sign, and the destination domain. At the time, electronic mail already existed, but he was the first to transmit a message between terminals attached to separate CPUs.

According to Tomlinson's recount of how he developed the first network email, the late engineer and scientist said in a Raytheon post:

I was making improvements to the local inter-user mail program called SNDMSG. Single-computer electronic mail had existed since at least the early 1960's and SNDMSG was an example of that. SNDMSG allowed a user to compose, address, and send a message to other users' mailboxes.

A mailbox was simply a file with a particular name. Its only special property was its protection, which only allowed other users to append to the file. That is, they could write more material onto the end of the mailbox, but they couldn't read or overwrite what was already there. The idea occurred to me that CPYNET could append material to a mailbox file just as readily as SNDMSG could. SNDMSG could easily incorporate the code from CPYNET and direct messages through a network connection to remote mailboxes in addition to appending messages to local mailbox files.

Next, the CPYNET code was incorporated into SNDMSG. It remained to provide a way to distinguish local mail from network mail. I chose to append an @ sign and the host name to the user's (login) name. The @ sign seemed to make sense. The purpose of the @ sign (in English) was to indicate a unit price (for example, 10 items @ $1.95). I used the @ sign to indicate that the user was "at" some other host rather than being local.

Tomlinson then used two computers that were sitting next to each other to conduct email tests. He sent his first messages in 1971 and the following year used a version of SNDMSG that included network email capabilities. Later generations of email protocols that appeared were developed by others.

He noted in his historical recount that his network email was a pet project that he thought would be "neat" to try to develop, and not one formally assigned to him by his employer. Tomlinson joined Bolt Beranek and Newman (BBN) in 1967, which was later bought by Raytheon.

Dawn Kawamoto is an Associate Editor for Dark Reading, where she covers cybersecurity news and trends. She is an award-winning journalist who has written and edited technology, management, leadership, career, finance, and innovation stories for such publications as CNET's ... View Full Bio
We welcome your comments on this topic on our social media channels, or [contact us directly] with questions about the site.
Comment  |
Email This  |
Print  |
RSS
More Insights
Webcasts
Fact or Fiction? The Truth About Cloud Native Security
Leveraging Infrastructure as Code to Streamline Security & Operations
More Webcasts
White Papers
Enterprise Guide to Policy as Code - Design, Build, and Runtime
Business Continuity Program Best Practices Checklist
More White Papers
Reports
CVE Weaponization Report
State of the Intelligent Information Management Industry in 2021
More Reports