SEARCH
A minimum of 3 characters are required to be typed in the search bar in order to perform a search.
Announcements
Event
SupportWorld Live: May 15-20, 2022 | MGM Grand, Las Vegas, NV
Event
Data Center World is the leading global conference for data center facilities and IT infrastructure professionals.
Report
IT Enterprise Dashboard: This interactive data tool enables access to global research on IT budgets, business challenges
Event
Get in-depth insights & analysis from experts on all aspects of communications, collaboration, & networking technologies
Report
Find out what you need to know so that you can plan your next career steps and maximize your salary.
PreviousNext
Software
News

8 MOOCs Transforming Education
(click image for larger view and for slideshow)
EdX, the massive open online course (MOOC) consortium started by MIT and Harvard, has released its full source code, a decision the backers hope will accelerate advances to the platform.

"We want contributors," said Rob Rubin, edX's VP of engineering. "We'd welcome any company's contributions and any peoples' use of the edX platform. We're in the very early days in the development of the technology to support learning and research about learning. Let's all contribute to the open-source effort to be able to rapidly evolve that for the benefits of the student."

Much of the code was available previously. EdX had announced the open source of its core architecture, XBlock, in March. Stanford already has two courses hosted on edX code. 10gen, which manages the MongoDB open source database tool, developed training courses with edX source code.

[ These survey results might surprise you. Read Parents Press For Mobile Tech In Education. ]

Justin Reich, an education technology researcher who last week joined HarvardX, Harvard's edX group, said in an email that he had done so in part because of edX's open-source direction.

"Borrowing from SJ Klein, we have to decide as a society whether learning resources are commodities to be bought and sold or the public infrastructure of our culture," said Reich. "The open sourcing of edX, supported by some of the world's leading universities, is a great step towards building a public infrastructure for learning online."

EdX had said it would release its source code in the fourth quarter of 2013 or the first quarter of 2014. Instead, it released the code on Saturday and announced the release Wednesday. 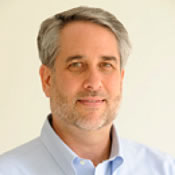 Rubin said the release moved up because Stanford, The University of California at Berkeley and other members of the X Consortium, the schools that make up edX's membership, all wanted to contribute code. Rubin said edX made the decision in April to push for June 1.

"It took every bit of the six weeks to get ready," he said. The primary challenges were the code edit process and security checks. EdX did an internal security audit, hiring two security companies to help with the audit.

EdX asked specifically for contributions for the EdX Open Response Assessor and grading application programming interfaces, its XBlock architecture, and for internationalization.

"We're trying to make this as pluggable as we can, to make a new ecosystem around [the platform]," said James Tauber, EdX's open source community manager.

Rubin said edX has not worked out how it will protect against code drift, or whether someone will serve a "benevolent dictator for life" role that Linus Torvalds has played for Linux. He noted that partners in the consortium are joint owners in the code they develop and contribute.

"The goal is to have minimal code drift from the source code," Rubin said. He noted that people who add to the code must contribute them back to the main source.

EdX's commercial rivals also are widening their potential reach. The move by edX comes just after Coursera, another MOOC, said it had partnered with 10 university systems to offer free courses on the Coursera platform.