Two security vulnerabilities have moved Apple to end support for QuickTime for Microsoft Windows. This has also led Adobe to issue a warning to users of its software.

Adobe has issued a statement warning to users of some of its products about the dangers of uninstalling QuickTime for Windows. This caution follows Apple's decision to end support for the software, according to a report in The Wall Street Journal.

That means the security vulnerabilities the company found will not be patched, which prompted the United States Computer Emergency Readiness Team (US-CERT) to issue an alert.

The US-CERT alert explained that computer systems running unsupported software are exposed to elevated cyber-security dangers, such as increased risks of malicious attacks or electronic data loss, and that exploitation of QuickTime for Windows vulnerabilities could allow remote attackers to take control of affected systems. 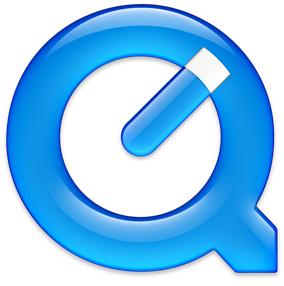 "Deprecating was the exact word that Apple used for what's going on with QuickTime," Christopher Budd, a Trend Micro spokesman, told the Wall Street Journal. "They told us that they were not going to fix it."

"Deprecating" is a term developers use to describe software that, while it still exists, should not be used.

Apple has also set up a support page explaining to users how to uninstall QuickTime from their computers, but doesn't caution current users about the potential implications.

Adobe is currently working to provide a security fix for users as it works on unlacing its products' functionalities from QuickTime codecs.

"Unfortunately, there are some codecs which remain dependent on QuickTime being installed on Windows, most notably Apple ProRes," Adobe's Madison Murphy wrote in an April 16 blog post. "We know how common this format is in many workflows, and we continue to work hard to improve this situation, but have no estimated time frame for native decode currently."

Murphy also warned that other commonly used QuickTime formats could be affected by the uninstallation of QuickTime, including Animation (import and export) and DNxHD/HR (export), as would workflows where QuickTime files are being used.

"Adobe's desire has always been to support everything natively without the need for QuickTime," the blog continued. "As a result of the above we intend to increase our efforts to remove these incompatibilities, and provide our customers with a complete native pipeline. We will provide more information on this as we progress."

Chris Dickman, founding editor of design-focused website Graphics, took umbrage with Adobe's milquetoast response to the issue, pointedly drawing attention to what he considered the crux of the issue.

"Unfortunately? Let me paraphrase that for you: 'We didn't see this coming, your systems are compromised if you keep using our software and we will make no commitment to fixing this. Sweet,'" Dickman wrote. "Of course, Windows users are just expected to suck that up. Although all hell would have broken loose if Adobe's Mac-based video community had been put at similar risk."

Nathan Eddy is a freelance writer for InformationWeek. He has written for Popular Mechanics, Sales & Marketing Management Magazine, FierceMarkets, and CRN, among others. In 2012 he made his first documentary film, The Absent Column. He currently lives in Berlin. View Full Bio
We welcome your comments on this topic on our social media channels, or [contact us directly] with questions about the site.
Comment  |
Email This  |
Print  |
RSS
More Insights
Webcasts
Making XDR Work in Your Enterprise - May 12
Data Center Network Operations (NetOps) Reimagined
More Webcasts
White Papers
Enabling Enterprise Resiliency Through Cyberthreat Detection
Run and Transform
More White Papers
Reports
[Tech Insights] SASE's Pandemic Boost Likely to Stick
The State of CCPA 2021
More Reports