50%
Tweet
Chain, a San Francisco blockchain company, has joined the Initiative for CryptoCurrency & Contracts. With its membership, the firm brings a blockchain protocol to the party.

It may seem like a still distant prospect, but the possibility that your enterprise IT staff will one day need to implement a blockchain financial system -- for example, Bitcoin -- has come a step closer to reality.

A San Francisco company with a protocol for building blockchains, where transactions may be executed between two business partners without resorting to a banking system, has joined an effort to bring computer science and logic to blockchain-style currencies.

The company, Chain, has advanced a protocol for building blockchain networks that it hopes will become an open standard. On Aug. 11, it joined the Initiative for CryptoCurrency & Contracts, a primarily academic research group formed about a year ago.

In addition, Chain has agreed to sponsor a workshop for industry collaborators on blockchain technology in San Francisco in February 2017. Workshop attendance will be by invitation-only, according to the announcement of Chain's joining the initiative. 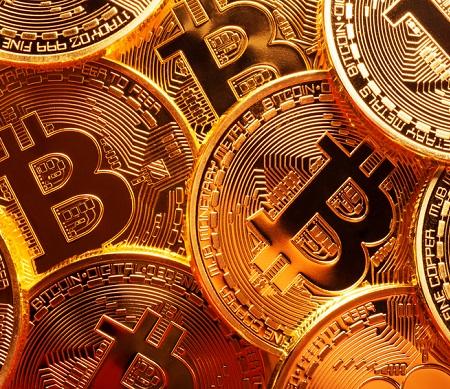 The group has only a few private enterprise members, although one of them is IBM. IBM opened a Bluemix Garage in New York with the goal of attracting developers interested in producing next-generation, blockchain-based financial systems.

The other company that is part of the initiative is Digital Assets Holdings, which has produced a modeling language that describes financial assets for use in blockchains.

The Initiative for CryptoCurrency & Contracts, or IC3, was formed with leading computer science institutions behind it. These universities include Cornell University, UC Berkeley, University of Illinois at Champaign-Urbana, the University of Maryland, and Technion in New York.

All are seeking to apply the rules of science to building blockchains.

The initiative gained $3 million in funding from the National Science Foundation on July 29, 2015, which was enough to allow academic work to get underway. Researchers at Cornell and the University of Maryland have already produced a joint blockchain system known as Hawk.

"Decentralized cryptocurrencies such as Bitcoin and altcoins have rapidly gained popularity, and are often quoted as a glimpse into our future," according to a research paper entitled: "Hawk: The Blockchain Model of Cryptography and Privacy-Preserving Smart Contracts."

Emin Gun Sirer, co-director of IC3 and an associate professor of computer science at Cornell, wrote of Chain joining the organization:

We are delighted to have Chain join IC3 as a sponsor member. The Chain team shares our vision of ubiquitous blockchain-based networks that are fast, scalable, confidential and secure.

A blockchain is a form of distributed database that is composed of blocks of transaction data and rules governing the use of the data. Each block is time-stamped and encrypted.

In effect, the blocks overlap, with a block on one node that archives part of the chain containing a link to a predecessor block. The distributed nature of the chain makes it extremely difficult to disrupt, even if an intruder succeeds in getting into one computer on the chain. Chains can be rebuilt, even if a block is lost.

Blockchains are also considered a possible future format for contracts.

"Smart contracts are user-defined programs that specify rules governing transactions, and that are enforced by a network of peers," according to a paper by University of Maryland researchers. "In comparison with traditional financial contracts, smart contracts carry the promise of low legal and transaction costs and can lower the bar of entry for users."

If they carry a great cost advantage, blockchain transactions and contracts will find traction among early adopters as a way for companies to do business with each other without intermediaries, including the traditional banking system.

However, even though the technology is past its early experimentation stage, it still must be fleshed out with supporting parts -- including the languages with which applications could be built and the methods it would use to guarantee compliance with regulations governing financial transactions.

Despite the obstacles, the money and research behind blockchain technologies keep lining up behind the prediction that they will one day be a mainstream approach.

Charles Babcock is an editor-at-large for InformationWeek and author of Management Strategies for the Cloud Revolution, a McGraw-Hill book. He is the former editor-in-chief of Digital News, former software editor of Computerworld and former technology editor of Interactive ... View Full Bio
We welcome your comments on this topic on our social media channels, or [contact us directly] with questions about the site.
Comment  |
Email This  |
Print  |
RSS
More Insights
Webcasts
Unlocking the Ultimate Source of Truth in Cloud Security--Network Data
[Dark Reading Virtual Event] Your Crash Course on Cyber Attackers
More Webcasts
White Papers
When and How to Best Leverage an MSSP
Special Report: Edge Computing: An IT Platform for the New Enterprise
More White Papers
Reports
Annual Global State of the WAN
Connecting the Dots: Key strategic opportunities in a post-COVID-19 world
More Reports

Northwestern Mutual CIO: Riding Out the Pandemic Jessica Davis, Senior Editor, Enterprise Apps,  10/7/2020
White Papers
When and How to Best Leverage an MSSP
SANS Guide to Evaluating Attack Surface Management
Understand the State of Email Security with the Ultimate Cloud Email Security Expert
How San Francisco Secured Its Cloud
Special Report: Edge Computing: An IT Platform for the New Enterprise