Self-driving cars have been involved in several accidents, but the blame appears to belong to other drivers.

Google's fleet of more than 20 self-driving cars has driven 1.7 million miles in the past six years -- manually and autonomously. These vehicles have been involved in 11 minor accidents during that period, said Chris Urmson, director of Google's self-driving car project, in an op-ed post on Monday.

According to Google, none of those accidents can be attributed to the company's technology, which has been touted as a way to make driving less dangerous.

"Safety is our highest priority," a Google spokesperson said in an emailed statement. "Since the start of our program six years ago, we've driven nearly a million miles autonomously, on both freeways and city streets, and the self-driving car hasn't caused a single accident."

In other words, people can't help driving into Google's cars. As Urmson notes in his post, 94% of crashes happened as a result of driver error. 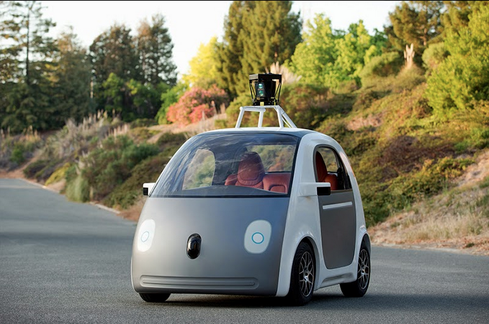 In an endorsement of automated vehicle technology, the Insurance Institute for Highway Safety (IIHS) in 2010 estimated that if every vehicle had collision avoidance, lane-keeping, blind-spot, and adaptive headlight systems, almost a third of crashes and accident deaths could be avoided.

The accidents involving Google's self-driving cars have not resulted in any injuries and have led to only minor vehicle damage, according to the company.

Based on IIHS statistics, there were 3,000 deaths in California in 2013, which translates into a death rate of 0.93 per million vehicle miles travelled. Though Google's almost two dozen self-driving cars haven't logged enough miles to present a valid statistical picture of fatalities, the initial data suggests the company's self-driving cars, with no injuries in 1.7 million miles, have a better safety record than manually controlled vehicles.

Google addressed the issue following an AP report that said four of the almost 50 self-driving cars in California have been involved in accidents since the state began issuing testing licenses for autonomous vehicles in September. Two of those cars belong to Google.

The AP obtained some information from the California DMV, which is limited in the details it can provide under state law. The absence of official accident reports means that the public has no option but to rely on Google's account of what happened.

According to the AP, Google's 11 accidents work out to an accident rate of 0.6 per 100,000 miles driven, about twice the rate cited by the National Highway Traffic Safety Administration. But more than half of minor accidents go unreported, according to NHTSA's estimate, making accurate statistical comparisons difficult.

A 2014 RAND report predicts that automated vehicle technology will be adopted because it's safer than manual control, but cautions that manufacturers may delay the rollout of autonomous systems until the liability issues get settled. (That is, who should pay when a car controlled by a computer crashes?)

Thomas Claburn has been writing about business and technology since 1996, for publications such as New Architect, PC Computing, InformationWeek, Salon, Wired, and Ziff Davis Smart Business. Before that, he worked in film and television, having earned a not particularly useful ... View Full Bio
We welcome your comments on this topic on our social media channels, or [contact us directly] with questions about the site.
Comment  |
Email This  |
Print  |
RSS
More Insights
Webcasts
Making XDR Work in Your Enterprise - May 12
How the Rapid Shift to Remote Work Impacted IT Complexity and Post-Pandemic Security Priorities
More Webcasts
White Papers
Protection Strategies for a Cyber-Resilient Organization
A Decade of Passive DNS
More White Papers
Reports
Are We Cyber-Resilient? The Key Question Every Organization Must Answer
Planning Your Digital Transformation Roadmap
More Reports

I'm interested in seeing how they handle 4-way stops when human drivers also arrive at the same time. Humans exhibit different levels of aggressiveness at 4-way stops and automated systems won't have a reliable pattern to respond. I suspect they will pull out and then stop midway as people take advantage of their deference.
Reply  |  Post Message  |  Messages List  |  Start a Board

I have to say, I'm not all that worried about self-driving cars having accidents with humans. I'd expect that they couldn't always avoid us. It would worry me more if they ran into each other.
Reply  |  Post Message  |  Messages List  |  Start a Board
InformationWeek Is Getting an Upgrade!