With new details about Google Glass, and with the acquisition of Pixate, Google is offering some insight into mobile roadmap.

Google is continuing its multi-vector approach to influencing where computing is going with a number of announcements and news leaks that came out this week, including new details on the next generation of Google Glass.

First, it has acquired Pixate, a developer of mobile app tools that allow simulation of what the app will do. The company's technology is designed to help "designers create complex animations and interactions without writing code," as Pixate puts it.

The July 21 announcement was made on the Pixate blog.

Second, more details leaked concerning Google Glass Enterprise Edition. With the second coming of Google Glass, the company is trying to keep a closer eye on the enterprise market. It plans to make the device more rugged and usable in different environments, according to the 9to5Google blog.

So what do these two separate announcements tell us about Google and how it views the mobile enterprise market?

Simply put, these products are incremental rather than revolutionary. They aim to get usability as a primary focus of the product, whether in making apps work better or delivering hardware that uses those apps.

Let's explore how they work. 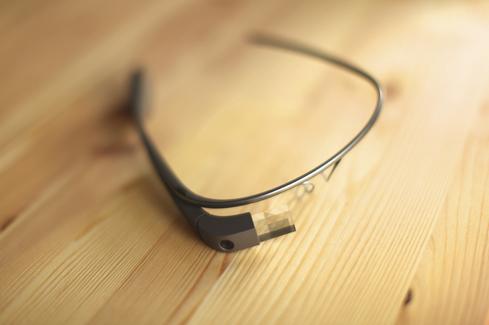 The use of Pixate is broken into two parts. The creation and editing of a prototype uses Pixate Studio. This visual editor, which runs on Microsoft Windows and Mac OS X, is used to create layers, animations, and interactions. Studio can be used by itself, since it stores all files locally on your system.

The sharing and storage of a prototype is then done in the Pixate cloud system.

The major change from the acquisition that users will notice is that Pixate Studio is now free instead of $150. Cloud accounts are $5 per month per designer.

Pixate states that it "will continue as a standalone product without any interruption to the service or support."

Here, it seems that Google wants to give its mobile app developers another tool to create apps. The point is, why limit your development to a smartphone, when another mobile device might be around the corner?

For instance, say that new mobile device is a wearable?

Now, the second generation of Google Glass has already leaked out. Some of the features include support for 802.11a/b/g/n/ac WiFi, Bluetooth LE, and rechargeable, non-removable batteries. The product also comes with an AC charger and a USB cable.

Fashion eyewear maker Luxottica has already told the Wall Street Journal that it will be involved in the manufacture of Google Glass. Involving the company is seen as an attempt by Google to make the product more acceptable to mainstream consumers. But the next version of Glass may not be available to consumers at all.

[Read more about the new version of Google Glass.]

This version may be the Enterprise Edition of Google Glass, designed for the Glass for Work program. This is a coalition of companies who've signed on with Google to provide their respective employees Glass units.

The new Glass will, according to published rumors, fit better "in a factory or a hospital than on a runway," but its aesthetics reportedly are not a big departure from the original. It has been said to have a water-resistant, ruggedized body and a hinge mechanism that allows it to fold like normal pair of glasses.

It seems that Google is saying that Glass may be a better test case within the enterprise than with consumers on the street. We'll see if businesses feel the same.

Larry Loeb has written for many of the last century's major "dead tree" computer magazines, having been, among other things, a consulting editor for BYTE magazine and senior editor for the launch of WebWeek. He has written a book on the Secure Electronic Transaction Internet ... View Full Bio
We welcome your comments on this topic on our social media channels, or [contact us directly] with questions about the site.
Comment  |
Email This  |
Print  |
RSS
More Insights
Webcasts
Hybrid Cloud: The Great Balancing Act
Nip Ransomware in the FUD: Detecting Attacks Pre-Encryption
More Webcasts
White Papers
iPaaS Intrigue: A Faster Path to Digital Transformation
How Secure Are Your Endpoints?
More White Papers
Reports
The Malware Threat Landscape
Special Report: Edge Computing: An IT Platform for the New Enterprise
More Reports

Pixate is indeed a prototyping tool.

Glass doesn't have one for it, as far as I know.

This could be a way to make that happen for Glass.

I thought Pixate was more for prototyping but I guess at this point that's probably something Glass needs.  When they first hyped Glass, Goolge showed an augmented world with dozens of interactive pieces that made you wonder how it couldn't become the next big thing.  I guess developers just never got to that point or they had trouble getting from the drawing board into reality.  All of the other glasses wearables seem to be having a similar problem, maybe this is part of the answer.
Reply  |  Post Message  |  Messages List  |  Start a Board
Editors' Choice
Hot Topics