While Adobe Flash is little loved, its retirement has been a slow one. Google has announced steps to speed the process, and it will switch over to an HTML5 format in June.

Google contributed to the slow extinction of Adobe Flash Feb. 9, announcing that the Google Display Network and DoubleClick Digital Marketing are going 100% HTML5.

The move is intended to "enhance the browsing experience for more people on more devices," according to Google.

Left unsaid was the growing call for a full retirement of Flash, which has been linked to security incidences.

Adobe moved away from the Flash name in November, announcing Nov. 30 that Flash Professional CC had been renamed Animate CC and would focus on HTML5.

Animate CC still supports Flash (SWF) and AIR formats, Adobe noted, and its Flash Player will continue to be used in categories like Web gaming and premium video, "where new standards have yet to fully mature." 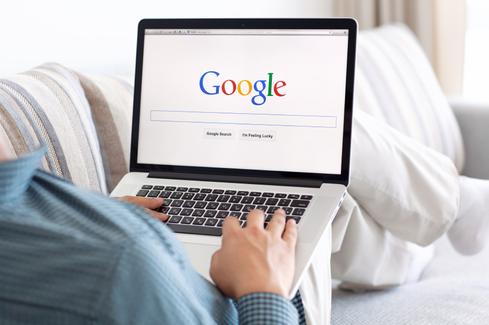 Adobe went on to describe Flash as having played a "leading role" in bringing new capabilities to the Web, but said that the open-source HTML has matured and now provides "many of the capabilities that Flash ushered it."

In addition, Adobe noted that it was working with Facebook to ensure that Flash gaming content on the social network would continue to run securely, and that Facebook would report to Adobe any security information it could use to keep the Flash Player secure.

In its own announcement Dec. 18, Facebook said that while it was working with Adobe to keep Flash-based games "reliable and secure," it had switched from Flash to HTML5 for all of its Web video surfaces, including videos in users' News Feeds, Pages, and in the Facebook embedded video player.

While there were challenges to the switch, wrote Daniel Baulig, a front-end engineer at Facebook, it ultimately made development easier and positively impacted the user experience. Since the switch, Baulig wrote, videos start playing faster, users report fewer bugs, and users now "like, comment and share more videos."

While Adobe is taking steps to retire Flash, many have faulted the company for its slow pace.

Forrester Research principal analyst Jeffrey Hammonds was widely re-quoted in December after telling Wired: "Adobe's strategy is to make money regardless of what happens in the market. They understand that there's a slow transition to HTML5 going on."

In January, YouTube changed its default streaming standard from Flash to HTML5.

Google is directing advertisers with Flash ads to create new image ads using free Google tools, or to create their own HTML5 ads.

Michelle Maisto is a writer, a reader, a plotter, a cook, and a thinker whose career has revolved around food and technology. She has been, among other things, the editor-in-chief of Mobile Enterprise Magazine, a reporter on consumer mobile products and wireless networks for ... View Full Bio
We welcome your comments on this topic on our social media channels, or [contact us directly] with questions about the site.
Comment  |
Email This  |
Print  |
RSS
More Insights
Webcasts
Unifying Your Endpoint Security Strategy
An Enterprise Guide to Web Security
More Webcasts
White Papers
Accelerate Network Operations Efficiency with AIOps
Ransomware, the Exploding Cyber Threat
More White Papers
Reports
Cloud & Hybrid Security Tooling Report
A Practical Guide to Enabling 5G Deployments
More Reports

It's a small step forward on the road of progress.
Reply  |  Post Message  |  Messages List  |  Start a Board
InformationWeek Is Getting an Upgrade!