Wall Street has given Microsoft CEO Satya Nadella two thumbs up, so far. But with Windows growth uncertain and Microsoft's cloud businesses still in infancy, Nadella will face questions.

For Microsoft CEO Satya Nadella and Wall Street, the honeymoon shows no sign of stopping, even as the company begins implementing layoffs that rank among the largest in the tech industry's history. Nadella's predecessor, Steve Ballmer, never won favor with investors, but since Nadella took over in February, Microsoft's stock price has soared more than 20%, reaching its highest mark in a decade. What's more, as of Tuesday morning, the company's shares were up 6.5% this month alone, suggesting not only that shareholders approve of Nadella's restructuring, but also that the new CEO could have staying power on Wall Street.

But Nadella will still face questions on Tuesday when Microsoft reports earnings for its Q4, which ended June 30. Windows, Microsoft's traditional cash cow, isn't driving growth like it used to, after all; even though the OS runs on more than 90% of PCs, Windows controls only 14% of the larger device market, which also includes smartphones and tablets.

What other challenges must Nadella address as he faces investors? Here are three things we'll be watching as Microsoft closes its fiscal 2014. 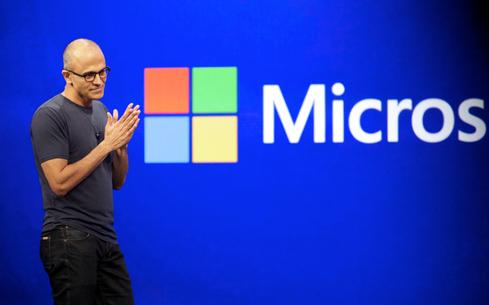 1. Will Satya Nadella's "modernized engineering" drive results?
Over two-thirds of Microsoft's roughly 18,000 layoffs involve its Nokia acquisition. Those cuts were somewhat expected, given that Microsoft needed to not only trim Nokia's operations to fit within the Windows ecosystem, but also eliminate positional overlap. But that still leaves around 5,500 other layoffs -- a sum that alone would almost have qualified as Microsoft's biggest-ever job reduction. Among the non-Nokia eliminated roles, the most intriguing are arguably the relatively modest number within the Operating Systems group.

Nadella says he wants to "modernize" Windows engineering, and the first step appears to be downsizing not only the company's stable of dedicated testers, but also its reliance on contract employees. Before becoming CEO, Nadella drove similar initiatives within Microsoft's Bing and Cloud & Enterprise teams. Now, he argues the new structure will increase accountability, break down silos, and help Microsoft move as responsively as the startups to which it has increasingly lost both consumer and developer mindshare. Still, the change represents a major cultural shift for Microsoft engineers, as well the inevitable growing pains that come with it.

Due to the layoffs, Microsoft expects to absorb $1.1 billion to $1.6 billion in charges over the next year, at least half of it related to severance and benefit costs, and the rest tied to asset-related charges. The company has not said, however, how much money it plans to save thanks to the reductions. As Nadella implements a new management model into one of Microsoft's key teams, many observers will be eager this week to see what kind of guidance the company issues.

Thanks for the thoughts, @anon.


You're right that it's somewhat misleading to lump smartphones, tablets and computers into a single "computing device" bucket, since, as you indicate, you can't use an iPhone and a Windows PC in the same ways. That said, in terms of ecosystem buy-in, there is some validity to the "overall computing" thinking, particularly as it applies to users in emerging markets. Also, I wouldn't blame the media for inventing the "overal computing" concept-- Microsoft was the one floating the 14% figure, and before that, it was the research analysts who were popularizing it. You can certainly quibble with the media's interpretation, however, including, say, over-emphasizing the extent to which Microsoft competes with Google, and under-appreciating the extent to which Microsoft competes with IBM or Oracle.


As for Windows and better enterprise management-- that's still true in broad terms, but I think it's becoming less true all the time. Windows isn't going to get driven out of the enterprise (far from it), but the range of workflows for which Windows is ulitized could be disrupted. Anyhow, especially with IBM and Apple are teaming up, I'm not sure it's so outlandish to imagine accessing sensitive databases on Apple devices. Android might be a different story.
Reply  |  Post Message  |  Messages List  |  Start a Board

The gap in computing devices lies between those p;rimarily used for office work and those used as mobile, personal computing devices. Microsoft still has a lock on the office market and will for the next decade but it's lacked insight into the personal consumer device market. It's best prospect is to make a phone that's compatible with and useful with Office software; that is, expand the existing franchise. That will be a lesser market than mainstream consumer smart phone and tablet market, but it's one that it can master.
Reply  |  Post Message  |  Messages List  |  Start a Board
InformationWeek Is Getting an Upgrade!