Microsoft on Monday launched Internet Explorer Developer Channel, a browser that gives developers and enthusiasts an early look at upcoming Internet Explorer (IE) features. The release builds on Microsoft's recent efforts to establish a more transparent and collaborative relationship with developers. IE Developer Channel could help by shifting Microsoft's Web efforts toward the community-centric, rapid-release models favored by competitors such as Mozilla and Google.

Microsoft has released IE betas in the past, but those previews included few features. IE Developer Channel, in contrast, is a fully functional browser. Developer Channel isn't a preview of IE 12, per se; rather, it presents technologies and features Microsoft plans to implement at unspecified times in the future.

Features not found in the mainstream version of IE 11 include support for Microsoft's Gamepad API, which allows gamers to use an Xbox controller to play Web-based games. The company released some of its past Web games, such as Escape from Windows XP, with Gamepad support. 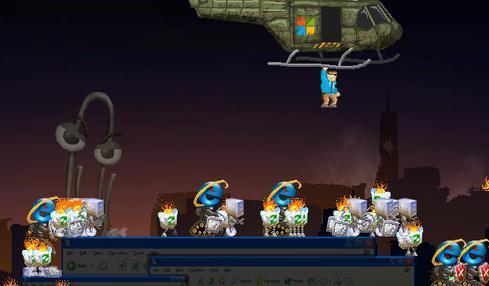 Microsoft's Gamepad API enables gamers to use Xbox controllers to play Web-based games such as "Escape from Windows XP."

Other enhancements include support for WebDriver, a browser automation standard that makes testing easier by allowing developers to create automated scripts that do things real users might do, such as clicking a link. IE Developer Channel also includes expanded WebGL support and improved F12 developer tools.

Because Developer Channel operates via virtualization, it won't run as fast as the standard version of IE. Microsoft cautions developers against using the new release to gauge site performance. The company also said IE Developer Channel is not recommended for general enterprise environments. Microsoft promises to continue sharing new code with developers, though the company said it is evaluating whether future releases will rely on App-V.

With only one release under its belt, Developer Channel is difficult to compare to competing programs for Chrome, Firefox, Opera, and other popular browsers. Even so, Microsoft has clearly shifted from its old release patterns; rather than releasing new technologies in big chunks every few years, Microsoft has recently touted speedy development cycles and relatively open philosophies.

Over the last few months, the company has proactively wooed Web developers in an effort to rehabilitate IE's image. Though widely used, IE is seen by many consumers as a security hazard, due in part to vulnerabilities that afflict older versions of the browser. Among developers, meanwhile, Microsoft is often still seen as secretive and proprietary. 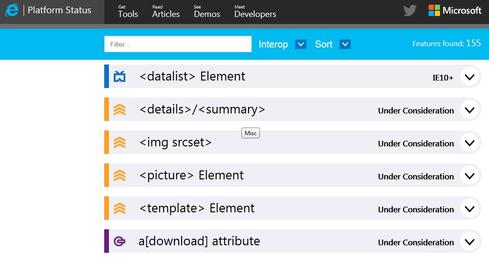 The company hopes to change that. Openness has factored heavily into new CEO Satya Nadella's rhetoric. The IE team in particular has been ramping up its efforts. At the end of May, Microsoft brought status.modern.ie, out of beta, offering developers a one-stop shop to peruse in-development IE features, contribute to open-source projects, and more. The company also revealed several new features under development, including support for HTTP/2, the next version of the HTTP protocol.

At the time, the IE team reiterated its belief that, "The Web should just work for everyone -- users, developers, and businesses." The statement set the stage for the new Developer Channel release. Time will tell if it helps Microsoft cultivate a richer relationship with its developers and customers.

Michael Endler joined InformationWeek as an associate editor in 2012. He previously worked in talent representation in the entertainment industry, as a freelance copywriter and photojournalist, and as a teacher. Michael earned a BA in English from Stanford University in 2005 ... View Full Bio
We welcome your comments on this topic on our social media channels, or [contact us directly] with questions about the site.
Comment  |
Email This  |
Print  |
RSS
More Insights
Webcasts
Bringing Zero Trust to Cloud Native Applications 1/27
Data Security, Governance, and Privacy in an Age of Analytics
More Webcasts
White Papers
Data Encryption Best Practices for the Enterprise
CIO Security Insight: Why your backup solution is crucial to defending your organization from ransomware
More White Papers
Reports
How Enterprises are Attacking the Cybersecurity Problem
CVE Weaponization Report
More Reports
Copyright © 2022 UBM Electronics, A UBM company, All rights reserved. Privacy Policy | Terms of Service