50%
Tweet
Microsoft CEO Satya Nadella is riding high with analysts and investors -- but look at the remaining hurdles.

between managing resources on-site and moving some work to the cloud. Amazon still beats Microsoft in total cloud revenue, but Microsoft could win out in the long term, because it is building bridges between Azure and customers' infrastructure, which theoretically allows on-premises environments to move specific operations to the cloud at their own pace.

Microsoft has also upsold basic Azure customers to premium cloud services. CFO Amy Hood said this week that more than half of Azure customers also use products such as Microsoft's Enterprise Mobility Suite, which launched this year. Cloud resources such as storage and compute could become commoditized and thus subject to lower margins, so Microsoft's ability to add up-market services could prove another ace in the hole.

All of that sounds promising -- so where's the problem?

In many conversations, Microsoft's strategy has been reduced to "cloud" in recent months. But looking at where its revenue comes from, Microsoft is still more a server company. In the most recent quarter, its "Commercial Licensing" revenue, which includes income from server products and Windows Commercial, accounted for nearly half of the company's overall revenue. "Commercial Other" -- home to its business-oriented cloud services and their vaunted 147% revenue growth -- accounted for less than 10%. That's not necessarily a problem as long as synergies between server products and Azure continue to shine, but it puts into context where Microsoft gets its revenue.

Ultimately, Microsoft's cloud is growing quickly, but it's still a small piece of the pie. With Windows revenue potentially unsteady and costly device efforts still being brought under control, Microsoft's critics will be sensitive to any lapses in Azure momentum.

Moreover, as it gains more cloud customers, it could become harder for the company to maintain the synergies that seem to be working well today. It also remains to be seen how Nadella will balance openness, evidenced by deals with Salesforce and SAP, with strategic strikes against competitors.

3. Can Windows rebound?
Windows still holds more than 90% of the PC market, but Windows 8 and 8.1 hold only around 12%, according to the web-tracking firm Net Applications. In the short term, this struggle hasn't impacted Microsoft's books as much as you might think. Windows revenue was actually up in the past quarter, thanks largely to business upgrades compelled by Windows XP's end-of-service deadline. But most of those businesses moved to Windows 7, not Windows 8.1. Microsoft's consumer Windows business, meanwhile, is as poor as it's been in recent memory. Windows is clearly living more on its past glories than on Microsoft's newest strategies. 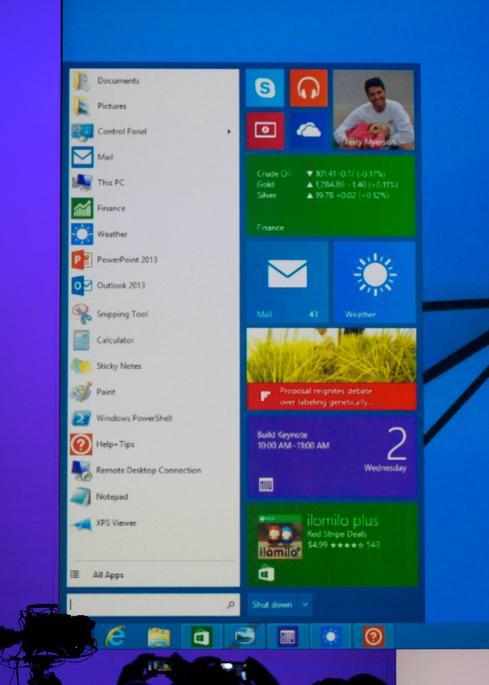 Execs have shown only glimpses of the next version of Windows, which will converge Windows Phone, Windows RT, and full Windows into a single framework. Crucially, the desktop UI will have a Start menu. But will it help Microsoft maintain its PC dominance as Chromebooks eat into the low end and Macs remain popular at the high end? Will the Windows PC user base help the OS gain share on other form factors? Microsoft has

You're welcome, Waqas. :) No, Nokia is not a part of Microsoft, or anything like that.

Thanks for clarifying again :) People are now becoming used to the idea that Nokia is a subsidiary or a part of Microsoft.
Reply  |  Post Message  |  Messages List  |  Start a Board

Oh, big mistake. :) There is still a healthy Nokia doing well with its three businesses. It seems like many people are confused about this.

Now that Microsoft is dumping Nokia and opening up its products on other platforms, it should have minimalist device strategy. As few devices as possible. Just like Google. Meanwhile it should improve Windows experience on mobile and woo the challenger smart phone /tablet manufacturers like Lenovo, Acer, Huawei, Asus to adopt Windows on their hardware.
Reply  |  Post Message  |  Messages List  |  Start a Board

On a good track with Office and Lync? Uisng 2013 flavor (forced to) and it still sports productivity killer #1: the ribbon. Plus, the color schemes and visual cues are so antiproductivity that I still have a hard time figuring out in which Outlook folder are unread emails. On top of that, every Office app is dragging so much stuff around with it that they are slow, bulky, and cumbersome to use. So for real productivity work I switch to LibreOffce.
Reply  |  Post Message  |  Messages List  |  Start a Board

I don't see MS loosing their dominance anytime soon in the enterprise. But they do have many issues to deal with, chiefly among them is this OS evolution that they seem to be going through.

Windows 8 probably will not be adopted in the enterprise, so I am waiting to hear MS admit that Windows 7 will stay their base platform.
Reply  |  Post Message  |  Messages List  |  Start a Board

We have until today one very "good" decision from the new leader of Microsoft and one negative (in my point of view). The time will come we will see the common windows platform in all devices , that it was something that was missing and will give a great argument against competitors. From the other hand the 18.000 layoffs is something that we should not see happen especially from companies like Microsoft.
Reply  |  Post Message  |  Messages List  |  Start a Board

Microsoft is definitely on the right track in some areas; Lync and Office for sure, but it's also about the ability to tie in cloud productivity so that users can not just communicate, especially in the work environment, but also properly collaborate.  I've seen some great cases of how organizations are leveraging these new tools, and there are great advantages.  The problem is they need to still compete with the fragmented device environment that is split between iOS, Android and Microsoft usage.
Reply  |  Post Message  |  Messages List  |  Start a Board
Page 1 / 3   >   >>
Editors' Choice
Hot Topics