In response to court judgment, third-party support supplier Rimini Street tells customers to move Oracle software back into their own datacenters.

An Oracle support contract typically costs 22% of the software's purchase price per year. Rimini advertises that its support is just as good, but far cheaper than Oracle's.

Yet Oracle says that, to provide that support, Rimini Street downloads its customers' software to its computers without a license, an infringement of Oracle's software copyrights.

Rimini Street customers previously had a choice over whether they kept the test environments on-premises or migrated them into a Rimini Street datacenter. Rimini Street hasn't disclosed what portion of its customers opted to migrate, but it's likely a significant number opted to let Rimini Street host the testing. CEO Seth Ravin, in a recent letter to customers, dodged the issue by saying, "only some portion of PeopleSoft, JD Edwards, and Siebel clients over the years selected the Rimini-Hosted Environment model."

Those clients will now need to establish a test center within their own boundaries, because Oracle's license for PeopleSoft users specifies that PeopleSoft applications may only be run on the customer's own premises.

On February 13, in response to a request for summary judgment, a US District Court judge ruled that PeopleSoft licenses don't allow third parties the right to obtain a copy of the software. The contract states that the software must remain under the control of the licensee. "In the Court's interpretation, (that does) not allow any copies of Oracle software to reside outside the 'licensee's premises,'" Ravin wrote to customers. A copy of the letter was sent to InformationWeek by David Rowe, senior VP and CMO at Rimini Street.

Ravin emphasized in his letter that there has been no court decision outlawing third-party support of Oracle products, just the downloading of Oracle software to the suppliers of that support. The judge in this case found that there was no such prohibition against downloading J.D. Edwards or Siebel Systems, two other Oracle brand names. Nevertheless, Ravin told those customers that Rimini Street would stop hosting that software, as well, for support purposes.

That has already begun. In 2012, Rimini Street started telling new customers they would no longer have the option of downloading their software to a Rimini Street datacenter and would have to host their own development/test environments. Rimini Street chose that move, it told customers in the letter, to avoid "costly global datacenter expansions."

Even with customer outward migration, Oracle and Rimini Street are still scheduled to have their day in court. For the past four years they have been preparing for a battle -- four years in which Rimini Street's revenues have grown sixfold, despite a pending legal challenge. Oracle filed its complaint in January 2010, and Rimini Street countersued Oracle in March of the same year.

The case is reminiscent of an earlier one against another supplier of third-party support, TomorrowNow. TomorrowNow was purchased by SAP in 2005. Soon after the purchase, Oracle filed suit against its continued support operation, which included downloading the customer's licensed software. A jury trial found in favor of Oracle in 2010 in that case. 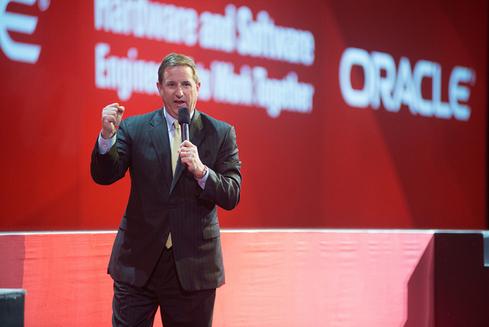 But court decisions don't always resolve everything between Oracle and third-party support suppliers. In August 2011, US District Court Judge Phyllis Hamilton threw out Oracle's $1.3 billion trial award over SAP, calling it "contrary to the weight of evidence and grossly excessive." She set the award at $272 million. SAP, in an agreement with Oracle to avoid a threatened retrial, paid Oracle $306 million. It also closed down its TomorrowNow unit and helped move TomorrowNow customers back onto Oracle support.

But that wasn't the end of the dispute. Oracle decided in September 2012 that it preferred the jury's original decision and appealed Judge Hamilton's ruling. It filed an appeal in 2012 in the Ninth Circuit Court of Appeals seeking another $1 billion in damages from SAP. That outcome is still pending.

For the record, Rimini Street Sr. VP Dave Rowe objects to use of the term "dodged" as too subjective in this story. In an email exchange, he said CEO Seth Ravin didn't "dodge" revealing the number of customers who still dowload their Oracle software to a Ramini Street datacenter. He said "slightly fewer than 100" out of 700 current customers still download for Rimini Street hosting. Rowe thinks the number peaked at an earlier date at 120 but is checking. Also, some PeopleSoft contracts prohibit movement of the software off-premise; some don't, he added. I would stand by the original phrasing.
Reply  |  Post Message  |  Messages List  |  Start a Board

I think the legal issues overwhelm the stated reason of not wanting to build out a global data center presence. After the TomorrowNeow brouhaha, Rimini Street concluded it was too exposed, running its customers' software on its own computers. The 2011 decision was followed by Rimiini Street refusing to host new customers starting in 2012. The timing isn't just a coincidence.
Reply  |  Post Message  |  Messages List  |  Start a Board
InformationWeek Is Getting an Upgrade!