Oracle has announced it is seeking a permanent injunction against Rimini Street after a civil trial against the third-party support provider resulted in a $50 million award for Oracle this month.

The injunction would prevent Rimini Street from any further downloads of Oracle software or other copyright infringement. But Rimini Street says it's already discontinued the practice and is free to continue pursuing Oracle maintenance customers.

Oracle announced on the eve of Oracle OpenWorld this week in San Francisco that it would pursue an injunction. Rimini Street is slated to be present at the show, but off-site, talking to potential support customers, as it has done in years past. "Rimini Street does not believe that any injunction relating to any current Rimini Street support process is necessary or warranted," the company said in a statement Oct. 22. It also maintained that Oracle's courtroom victory is less than it appears.

Rimini was found guilty Oct. 13 in the US District Court in Las Vegas of having Oracle customers download PeopleSoft and other Oracle applications and databases so that Rimini Street could perform maintenance on them in its own data centers. Rimini Street began discouraging the practice among customers several years ago when it realized the move left it vulnerable to an Oracle legal challenge.

In February 2014, Rimini Street announced it was requiring all of its customers to migrate their maintenance and test environments off its servers and back onto their own premises. Nevertheless, Rimini Street had engaged in the practice from the time it was founded in 2005 until July 2014, when the actions announced in the February letter were completed.

"Testimony at trial made clear -- and the jury's verdict confirmed -- that without copyright infringement and illegal conduct, Rimini Street never would have gotten off the ground and grown its business," said Oracle in an Oct. 23 press release announcing its pursuit of a permanent injunction.

Rimini Street also appeared to take encouragement from the fact that "testimony and evidence provided by Oracle executives and witnesses in the trial confirmed that third-party support is lawful for Oracle licensees to purchase."

Oracle, on the other hand, said neither Rimini Street nor CEO Seth Ravin can escape unscathed. In addition to violating 93 copyrights, Oracle said in its Oct. 23 statement, the firm is liable for $14 million in damages for violating the California Compute Data Access and Fraud Act and the Nevada Computer Crimes law. It added for good measure, "Seth Ravin personally violated both [of those laws] and is individually liable for over $14 million in damages." It wasn't clear whether such damages, if valid, were covered in the jury's award of $50 million to Oracle. 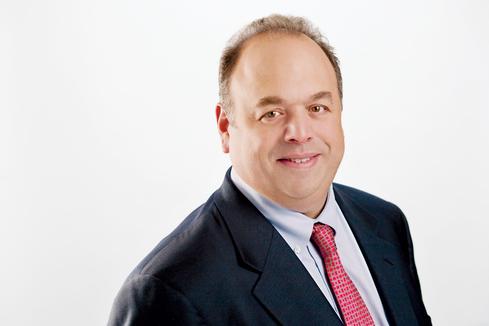 In the scheme of things, Rimini Street's $27.8 million in second-quarter 2015 revenue is barely enough to jiggle the Oracle balance sheet, whether added or subtracted. But software maintenance fees accounted for $18.8 billion of Oracle's $29.4 billion in annual software revenue in fiscal 2015, according to its end-of-the-year report June 17. Oracle has told investors the profit margin on maintenance fees is 90%, according to the Wall Street Journal's CIO Report.

To allow a third party to start capturing maintenance revenue, no matter how small a share, was something Oracle was not about to tolerate. Also, in launching the suit in 2010, Oracle was pursuing an old nemesis, Seth Ravin, the former head of TomorrowNow. That firm was a pioneer third-party support firm acquired by SAP in 2007. After the acquisition, Oracle sued SAP on complaints of copyright violation. The suit won a $272 million damage award, which SAP increased to $306 million in a bid to prevent a retrial. SAP also promised to shut down TomorrowNow.

Ravin, meanwhile, left TomorrowNow upon the SAP purchase and founded Rimini Street. With headquarters in Las Vegas and operations in Pleasanton, Calif., the firm currently has 1,180 customers and 600 employees.

Charles Babcock is an editor-at-large for InformationWeek and author of Management Strategies for the Cloud Revolution, a McGraw-Hill book. He is the former editor-in-chief of Digital News, former software editor of Computerworld and former technology editor of Interactive ... View Full Bio
We welcome your comments on this topic on our social media channels, or [contact us directly] with questions about the site.
Comment  |
Email This  |
Print  |
RSS
More Insights
Webcasts
SASE: The Right Framework for Today's Distributed Enterprises
Advancing the Hybrid Cloud & App Modernization Journey with IBM
More Webcasts
White Papers
2020 SANS Enterprise Cloud Incident Response Survey
The Top 5 Mistakes Everyone is Making in Vulnerability Remediation
More White Papers
Reports
Key Strategies for Managing New Risks in Cybersecurity
Are Unprotected Cloud Databases Leaking Your Data?
More Reports

Perhaps having an injunction would allow for greater damages in the event there's need for further litigation, which Oracle seems quite happy to pursue.
Reply  |  Post Message  |  Messages List  |  Start a Board

What would Oracle get out of a permanent injunction that it hasn't already won? Is this a serious legal maneuver or playing to the crowd coming to Oracle OpenWorld?
Reply  |  Post Message  |  Messages List  |  Start a Board
Editors' Choice
Hot Topics