Nucleus Research conducted in-depth interviews with some 40 SAP customers to prepare a report which found that six out of 10 would not buy SAP again. Here's a closer look what it means.

10 CIO Career Trends That May Surprise You
(Click image for larger view and slideshow.)

A report from analyst firm Nucleus Research found SAP customers are dissatisfied with the products and services from the enterprise application giant and would not buy them again.

The report is based on in-depth interviews with approximately 40 SAP customers, along with data from 200 additional companies which have analyzed SAP's offerings in the past six months. One SAP client we spoke with offered a far more nuanced view.

Even with thousands of SAP customers across the globe, and Nucleus using a relatively small sample size, the findings are worth considering in the context of broad market changes which are significantly impacting the businesses of traditional on-premises software vendors such as SAP and Oracle.

At its Sapphire conference in May, SAP revealed 3,200 customers have moved to its updated flagship platform S/4HANA -- the company's combo enterprise applications and in-memory database.

According to the Nucleus Research report, nine out of 10 customers surveyed would not consider a future investment in S/4HANA, "and appear to be following a slow tapering off strategy as they evaluate other opportunities in the market." Further, the report found, six out of 10 existing customers surveyed said they wouldn't buy SAP again. 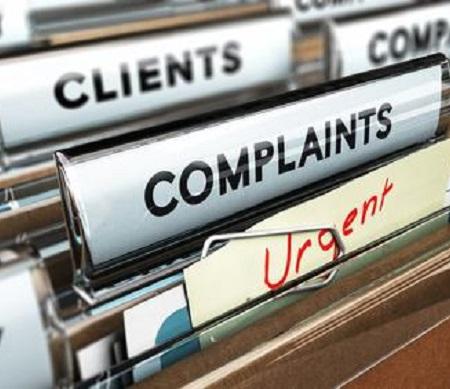 These are serious statements. Can they be correct? Certainly, in an age when enterprises and vendors alike are transitioning workloads to the cloud, companies such as SAP and Oracle, which built their empires with on-premises software licenses, are bound to feel some pains. Such organizations are updating their own products and business models to accommodate the changing environment, and working to help their customers with the transition, too.

It's not really clear if uncertainty in this transitional market is behind any of the statements about SAP in the Nucleus Research report. Nucleus Research CEO Ian Campbell told InformationWeek in an interview that new players are setting a new standard. "SAP is using the same old model," he said. "SAP needs to apply a new standard."

Campbell said SAP is one of the laggards when it comes to the transition to the cloud, compared with companies such as Microsoft. Campbell also said Oracle seemed to "get it" when it came to the cloud and what customers want.

In addition to improving its cloud efforts, Campbell said he believes SAP needs to do a better job of listening to the customer. He said all companies need to ask themselves: "What do I need to do to win all of my customers over today."

So is the Nucleus Research report a valid look at SAP in the market? Campbell said Nucleus conducted in-depth interviews with more than 40 SAP customers, including many SAP reference customers, spanning the markets of CRM, e-commerce, ERP, human capital management, collaboration, and analytics. Nucleus also analyzed data from more than 200 customers who had evaluated SAP as a potential vendor over the past six months.

Campbell told InformationWeek the report is completely independent and not sponsored by anyone. SAP is not a current client of Nucleus Research.

Among the report's findings are the following: 80% of reference customers surveyed reported experiencing significant technical problems during ERP implementations and serious support issues when problems arose after deployment. According to the report, one in four SAP Cloud for Sales reference customers surveyed have moved off the solution, or said they would consider doing so. Fewer than half of SAP supply chain customers survyed said they planned to consider SAP for future supply chain purchases.

InformationWeek contacted SAP for comment regarding the Nucleus Research report, and the company emailed the following statement: "We reject both the premise and the negative tone of the report. SAP did not participate in this research nor do we intend to seek the extensive corrections necessary based on a fair review of factual information. Our high renewal and cross-selling rates, as publicly reported in recent quarters, speak for themselves." SAP also provided links to reports from analyst firms Forrester, Gartner, and IDC that listed SAP as a leader in particular markets. SAP next reports quarterly earnings on July 20.

What One Customer Said

Nucleus Research put InformationWeek in touch with one of the SAP customer companies participating in the research interviews -- suitcase and luggage manufacturer and retailer Tumi. Tumi CFO and board member Mike Mardy said choosing an enterprise applications vendor is like choosing a presidential candidate. Negative things can be said about any of them.

Tumi has been an SAP shop since 2002. "They provide a very robust ERP system, but our system was a system with a lot of gray hair." Tumi had been considering adding SAP's cloud-based Fashion Management vertical solution, but the board of directors of this $547 million publicly held company initially balked at the cost of the software-as-a-service solution.

Mardy, who has decades of experience on this and other corporate boards, said he believes Tumi's board would have eventually agreed to implement SAP Fashion Management. Before it could happen, Samsonite announced plans to acquire Tumi in March 2016. Samsonite also runs SAP, albeit a more modern version of the software, and Mardy said it's likely that Tumi will eventually migrate to the version Samsonite is using.

Mardy also said the board decision to defer investing in Fashion Management came after an arduous and difficult three-year migration to the SAP Hybris e-commerce solution. Mardy attributed much of the pain to what he said was a poor job performed by a third-party implementer. But Mardy is no SAP hater. He's a pragmatist.

"I'd buy it again," he said, adding he would insist SAP do the implementation with its own employees and not outsource it to an external provider. As for SAP, he said, "It's not like a car that is just a lemon. If you are a public company, the controls inherent in SAP make your life easier…SAP is one of the first choices."

Campbell told InformationWeek in our interview the research firm already has similar reports in the works looking at other technology vendors. While he wouldn't share the names of vendors, the first report is likely to appear in September, he said.

Jessica Davis is a Senior Editor at InformationWeek. She covers enterprise IT leadership, careers, artificial intelligence, data and analytics, and enterprise software. She has spent a career covering the intersection of business and technology. Follow her on twitter: ... View Full Bio
We welcome your comments on this topic on our social media channels, or [contact us directly] with questions about the site.
Comment  |
Email This  |
Print  |
RSS
More Insights
Webcasts
Making XDR Work in Your Enterprise - May 12
Data Center Network Operations (NetOps) Reimagined
More Webcasts
White Papers
Global software company contracts with CBTS for Virtual CISO
Ransomware Defense for Dummies
More White Papers
Reports
Dark Reading Report: Battle for the Endpoint
The State of Endpoint Security
More Reports