SAP's Apple Partnership Is All About HANA - InformationWeek

SAP's partnership with Apple doesn't mention HANA by name, but the in-memory database is in every part of the relationship.

"Beautiful" isn't a word you often hear in discussions of enterprise software.

At SAP's Sapphire Now in Orlando, Fla., though, it was on the lips of many executives when they were talking about the recently announced partnership between SAP and Apple. The question for customers and partners is whether the alliance's benefits will be more than skin deep when it comes to enterprise applications.

The agreement between the two companies covers four basic points:

In a phone interview, Kevin Ichhpurani, head of business development and strategic ecosystem for SAP, said enterprise customers were the impetus for the partnership. 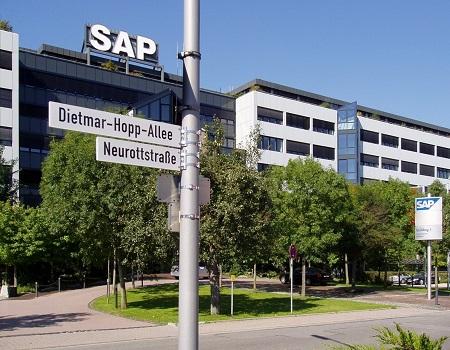 That native experience is why SAP has been willing to add iOS native capabilities to the HTML5 output that has been the standard user interface for Fiori. Hasso Plattner, chairman of the supervisory board of SAP, gave an example of native iOS capabilities in his keynote address at Sapphire Now when he talked about an iPhone app for guitar tuning -- something he hadn't seen in a Web-based iPhone app.

Ichhpurani listed capabilities that might be more relevant to the enterprise when he pointed to the iPhone's accelerometer and fingerprint sensor as components that become available to iOS native apps. Access to the iPhone and iPad hardware is only part of the advantage SAP sees in iOS native apps, though. The primary advantage is that they will look and feel like iOS apps rather than apps that could have been designed for any platform.

"Building enterprise apps you can generalize across platforms or specialize," said Senthil Krishnapillai, global vice president and head of development for digital experience services at SAP. "With Fiori we've been building responsive HTML5 apps. Now you can use Fiori and invest in a beautiful iPhone application."

Listening to these executives (and, to be fair, other SAP executives) it becomes obvious that the company is looking at compelling mobile apps as a way to extend SAP analytics to more parts of customer organizations. That is, in a very real way, a logical extension of SAP's push to make the appropriate analysis available to every employee who might be able to make use of it, no matter where they might be when the need arises.

More than aesthetics are in play, though, because in the SAP view a beautiful app is a more easily understandable app. In a series of conversations with SAP executives at Sapphire Now, the need to make data analysis accessible to employees who aren't data scientists or analysts came up repeatedly.

"We want to be able to extend the capabilities to the edge, to the workers. Even customers' customers should be able to benefit," said Ichhpurani.

Krishnapillai provided some insight into the business basis for SAP's side of the partnership when he talked about the advantages of iOS establishing parameters and expectations for what an app should look like.

"With the HANA Enterprise Cloud, we can provide the necessary backend services to support the apps," he said.

Beautiful apps are apps that employees want to use. Apps that are used by a lot of employees drive the need for database services and enterprise applications to feed the data to those beautiful apps. At Sapphire Now, SAP's announcements were about the S/4HANA platform, the HANA Enterprise Cloud, and a group of applications and services able to use those backend facilities. SAP already has a significant market in enterprises that need the analytics the company provides. Now, it wants to create a market of people who want applications built on its products.

Apple is proving adept at getting its mobile products into the enterprise. There were iPads and iPhones in the hands of many of the roughly 35,000 attendees at Sapphire Now.

SAP can certainly see the use trend and wants to fill those hand-held screens with SAP-based apps. The various pieces of the agreement will reach fruition, and the market, over the next nine to 12 months. It will be interesting to see how many Apple developers leap into the SAP app marketplace.

If the devices carried by existing SAP customers are any indication, there will be a veritable flood of native iOS apps developed with Fiori, and that means a rising tide of HANA. From SAP's perspective, that would be the most beautiful thing of all.

Curtis Franklin Jr. is Senior Analyst at Omdia, focusing on enterprise security management. Curtis has been writing about technologies and products in computing and networking since the early 1980s. He has been on staff and contributed to technology-industry publications ... View Full Bio
We welcome your comments on this topic on our social media channels, or [contact us directly] with questions about the site.
Comment  |
Email This  |
Print  |
RSS
More Insights
Webcasts
Monitoring Critical Cloud Workloads
The Experts Guide to Ransomware Response
More Webcasts
White Papers
Top Serverless Security Risks and How to Mitigate
Ransomware Security Breach Summary: Food Production
More White Papers
Reports
Enabling Enterprise Resiliency Through Cyberthreat Detection
Gartner Market Guide for Insider Risk Management Solutions
More Reports

This account is strong testimony for how deeply the iPhone has penetrated or will penetrate enterprise operations.
Reply  |  Post Message  |  Messages List  |  Start a Board
InformationWeek Is Getting an Upgrade!