The holiday week was a short one for many workers in the US, but it was no less busy for Microsoft. The past few days have delivered several updates on Windows 10, Windows Holographic, HoloLens, SQL Server 2016, and Microsoft's approach to startup investment.

Microsoft has revamped its Ventures division to focus on investments in early-stage startups. The idea is to fund young companies that align with products and services related to cloud, security, machine learning, and other disruptive technologies so the company can be part of early discussions on cutting-edge tech trends.

Microsoft Ventures was previously the name of a startup accelerator group under the company's Developer Evangelism team. This division has been rebranded as Microsoft Accelerator; its purpose is to help early-stage companies grow.

This was a major week for HoloLens and Windows Holographic. Microsoft plans to expand the Windows Holographic OS outside its own HoloLens to OEM, ODM, and hardware partners with the idea they will use it to build mixed-reality devices, displays, PCs, and accessories.

Redmond reports the VR device market will reach 80 million devices per year by 2020. However, many of today's models can't communicate to provide different content, UIs, input methods, and interaction models across platforms.

Microsoft plans to address this problem by expanding the capabilities of HoloLens to outside devices. With this news, Windows Holographic will be compatible with technologies ranging from immersive VR to untethered holographic computing.

The company also plans to expand Windows Hello as part of its ongoing mission to eliminate passwords. Third-party devices will be able to include the biometric sign-in feature so users can log in to their computers using their face, fingerprint or iris, CNET reported.

This week brought the May 2016 update to Microsoft HoloLens Development Edition. The first major software update for Windows Holographic brings several new features to the OS. 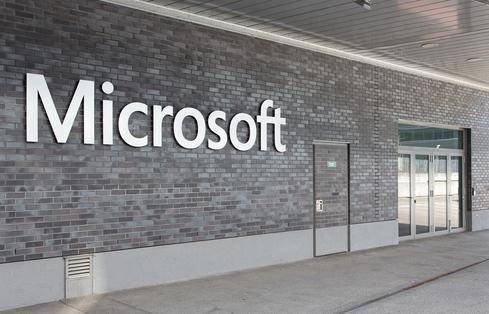 With this update, developers can run multiple applications at the same time, use new commands, pin photos without borders, and access features like tabs in Microsoft Edge. They can connect a Bluetooth mouse to their headset, and the clicker has been adjusted so holograms can be resized and moved.

Other Windows 10 updates include the release of Windows 10 Mobile preview build 14356 to the Fast ring of Windows Insiders. With this build, Cortana will surface notifications, including SMS alerts and missed calls on Windows 10 or Android phones, to a PC.

Other additions to this build include a new listening animation in Cortana and the ability to send a photo from phone to PC using voice commands. Build 14356 has several fixes that address problems with battery usage, the Settings app, Alarms & Clock, Camera, and the Glance screen.

Microsoft reports it's still ironing out some issues with battery life and data on certain dual-SIM devices. It also says some of the new Cortana features may not work, and installing build 14356 may cause Quick Actions icons to rearrange.

Redmond announced a new head for its Windows Insider program to replace current leader Gabe Aul, who continued to run the program while taking on a new role within the Engineering Systems Team in the Windows and Devices Group. The new leader, Dona Sarkar, most recently worked on the HoloLens developer experience.

SQL Server 2016 was made generally available on June 1, marking the end of a long public preview period. Thousands of customers tested the relational database management software in an extended process that's new to the world of enterprise software development.

Some of the features likely to appeal to enterprise customers include in-database advanced analytics with R+ in-memory, mobile device-accessible BI for a lower price than Oracle or Tableau products, a consistent experience across on-premises and cloud, and improved security and encryption.

Speaking of security, Microsoft released Office 365 Advanced Security Management, a new set of features from Microsoft Cloud App Security. These include threat detection to identify abnormal usage and security problems, greater control and security, and visibility into Office 365 usage and shadow IT without the need to install an end-point agent.

Kelly Sheridan is the Staff Editor at Dark Reading, where she focuses on cybersecurity news and analysis. She is a business technology journalist who previously reported for InformationWeek, where she covered Microsoft, and Insurance & Technology, where she covered financial ... View Full Bio
We welcome your comments on this topic on our social media channels, or [contact us directly] with questions about the site.
Comment  |
Email This  |
Print  |
RSS
More Insights
Webcasts
How Elite Analyst Teams are Transforming Security with Cyber Reconnaissance
Making Cybersecurity Work in Small and Medium-Sized Businesses
More Webcasts
White Papers
The Insider's Guide to IP Geolocation Data During COVID-19
Cloud Connectivity -- Your Guide to the Network
More White Papers
Reports
Assessing Cybersecurity Risk in Todays Enterprises
How IT Security Organizations are Attacking the Cybersecurity Problem
More Reports