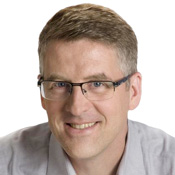 Do blogs, wikis, and RSS feeds have a chance in the government bureaucracy?

Is Web 2.0 in government an oxymoron? It would seem that Uncle Sam in particular could easily fall out of step with a "new" Web of blogs, wikis, podcasts and RSS. Yet last week's "Gilbane Conference on Content Technologies in Government" in Washington, DC, suggests that federal Web managers are indeed exploring Web 2.0 technologies.

Blogging is controversial across private industry, and the federal experience has been slim. Nonetheless, the conference revealed that some niche blogs in government agencies are beginning to find their voice.

Still, skepticism among federal employees abounds. "Blogs are just for personal opinions," argued an attendee of one of 20 sessions at the conference. Presenter Michael Edson, who leads a successful team of bloggers at the Smithsonian Museum of American Art, begged to differ. Citizens want to understand better how government institutions work, Edson argued, and blogging can be an important way of connecting with them.

"I was dubious at first," noted a Treasury Department Web manager, "but now I'm going to go back and start talking up blogging within my agency."

Government use of wikis is a bit more promising. Uncle Sam hosts a small handful of public wikis, but many more are sprouting up on internal networks, especially for collaboration among technical specialists. After a successful pilot project, the Labor Department's Bureau of Labor Statistics recently evaluated 11 wiki products, eventually settling on a package with the kind of strong enterprise credentials -- LDAP connectivity, XML storage and a Java API -- favored by major government agencies.

Among the simplest of all Web 2.0 technologies, RSS feeds are proliferating rapidly among federal agencies. But syndication presents a dilemma for government Web managers, who typically justify their budgets with growing traffic numbers, because RSS-delivered content can reduce overall page-views even as more citizens are accessing information. In an example shared at the end of the two-day conference, White House Internet and E-Communications Director David Almacy described briefing President Bush on the latest annual version of the popular "Barney-cam" video, featuring the First Dog. The President reminded him that the previous year's video had been downloaded 8 million times. In an era of syndication, YouTube.com, GoogleNews and bloggers ripping and reposting videos, Almacy could only assure the BI Analyst-in-Chief that viewership would go up, regardless of traffic to whitehouse.gov.

One concern for cash-strapped government agencies is bandwidth, as RSS readers and aggregators can stress networks by repeatedly hitting Web servers. The chief architect for WashingtonPost.com offered a handy suggestion: The Post cut the number of items in each of its feeds by two-thirds and saw its overall bandwidth consumption drop in half.

Federal agencies are also experimenting with podcasts, although many remain intimidated by the steep production curve and perhaps also by the need to continually come up with interesting tidbits to share. NASA has consistently enlisted its scientists to discuss their work in short, engaging sessions. But even NASA has to include ample education about how podcasts work to a public audience still getting up to speed on them.

NASA's staff has built more than 7,500 different Web sites, most of them for database applications on the internal network. Addressing the need for governance in such an environment, NASA's Associate Chief Technology Officer, Nitin Naik, acknowledged the need to balance flexibility and control. "NASA uses the carrot of content management to draw internal Web teams into a common infrastructure," he told attendees.

NASA is not alone in trying to address Web site governance. Web leaders from the Environmental Protection Agency and Social Security Administration shared how they are building effective models for aligning in-the-trenches Webmaster councils with broader agency leadership goals. At nearly 750,000 pages, EPA.gov is not a trivial site-management challenge. But the agency is beginning to get a better handle on all that information. What is the agency testing internally to help guide its content management project? A wiki.

Co-developed by the Gilbane Group and CMS Watch, the June 13-15, 2006, Gilbane Conference on Content Technologies in Government attracted 300 attendees from across government and industry.