5 Apple iPad 5 Wishes
(click image for larger view and for slideshow)
When Cisco VP Robert Soderbery walked onstage for his Tuesday morning Interop keynote, his attire -- which combined conventional dress slacks with neon-blue basketball high-tops -- immediately indicated that he had more on his mind than software-defined networking (SDN), one of the conference's most-buzzed topics.

Indeed, over the next half hour, he detailed why the Silicon Valley giant sees programmable networks not as ends in themselves but rather as pieces in a larger puzzle that include the Internet of Things, a new breed of applications and closer relationships between business units and IT.

The role of Soderbery's footwear? Cisco believes its technology can transform virtually any industry, including not only predictable verticals such as medicine, financial services and manufacturing, but even -- as the shoes foreshadowed, and as a guest appearance by NBA All-Star Kyrie Irving confirmed -- professional sports.

[ How to make sense of all the new data pouring in over the Internet? Read IBM Crunches Internet Of Things Data. ]

IT is undergoing a major transformation in which "a new kind of application" will deliver "benefits we've never seen before," said Soderbery. These applications, which rely on connected devices that produce unprecedented streams of raw data, will be network-centric, meaning that companies will benefit only if they give IT a bigger role in business and marketing projects, he said.

"IT has been about connecting supply chains, finance, operations, logistics" and other back-office tasks, he said. "But now, IT is about the front office, about customer and client-facing applications, about B2B applications, about making things and distributing them around the world."

These statements echo those made by Cisco CEO John Chambers earlier this year when he described the company's vision for the Internet of Things. He said that by connecting sensor-equipped objects to both people and one another, businesses can deliver the right information to the right person at the right time. This actionable data, he claimed, could aggregately add $14 trillion in profits to the global economy over the next decade.

As an example, Soderbery described how MGM Resorts, which manages a number of hotels on the Las Vegas strip, has built a mobile app that uses a guest's location to provide personalized information about nearby attractions and amenities. To address potential privacy concerns, the app is opt-in and governed by user preferences. Cisco has emphasized such privacy provisions since it began touting location-based analytics last fall.

For the hotels, the app is intended not only to make guests happier, but also, through the data the app collects, to provide better insights into merchandising and marketing initiatives. The app thus represents, Soderbery said, an IT-driven way for Cisco customers to monetize their existing Wi-Fi infrastructure through better consumer engagement and better collections of end user data. 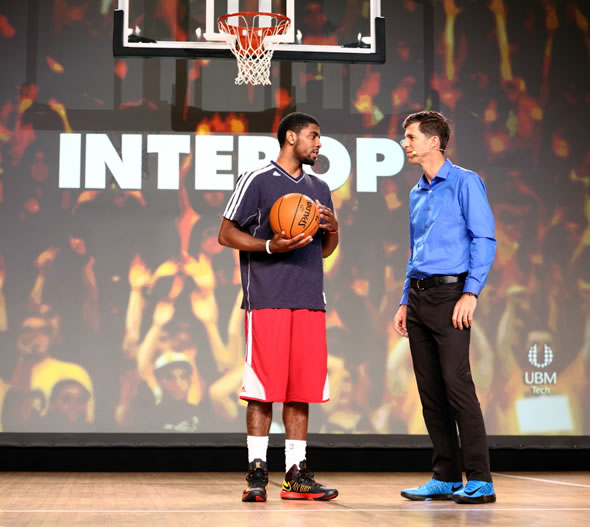 For many IT staffers, though, most days are spent putting out fires, be they help desk tickets, security breaches, or any of a number of additional problems. If application-building is to become part of the IT purview, admins will need to free up time for such initiatives. Cisco believes its architecture can do exactly that, simplifying traditional management tasks while also opening the door to these new applications and opportunities.

The architecture, called Cisco ONE, combines a number of products Cisco has launched over the last year, such as its Unified Access technology, which unites wired and wireless networks under a shared control interface, and its OnePK set of APIs, which open existing Cisco hardware to new functions and programmability.