Many governments and agencies have been striving to make their Websites more up-to-date and accessible, but some remain shocking examples of bad user experience. 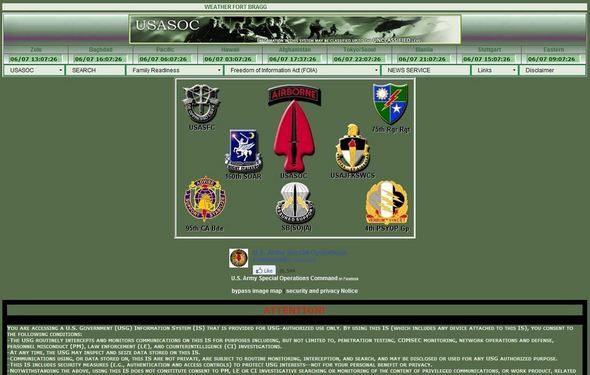 The Army Special Operations Command's site is all wrong. The central image map is mysterious to those unfamiliar with particular army units. Times ticking across the site's heading don't serve any apparent purpose and widen the site beyond its natural bounds. Drop menus obscure other parts of the site and inconsistently use all caps and lowercase letters. 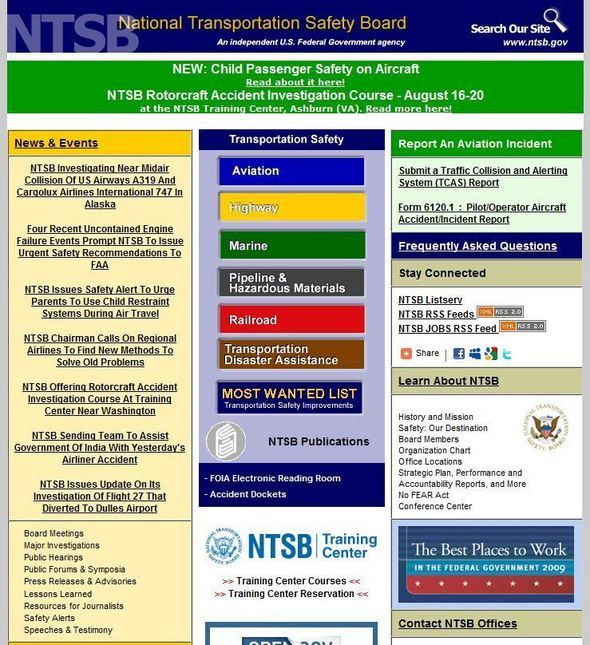 Somebody at the National Transportation Safety Board must love colors. Loud is the name of the game for NTSB's site, which uses all the colors of the rainbow to obscure the content, which actually isn't too bad. 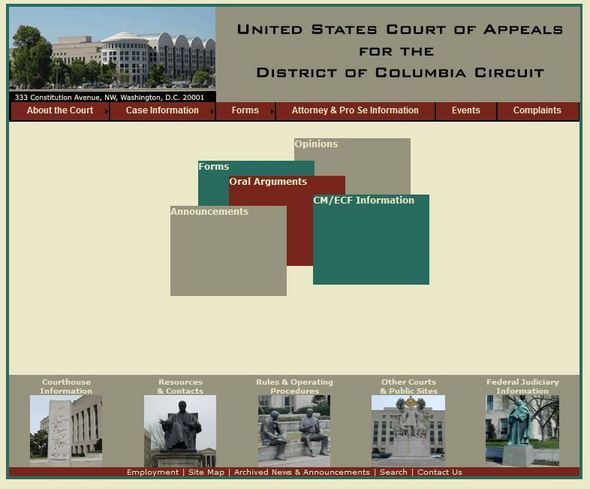 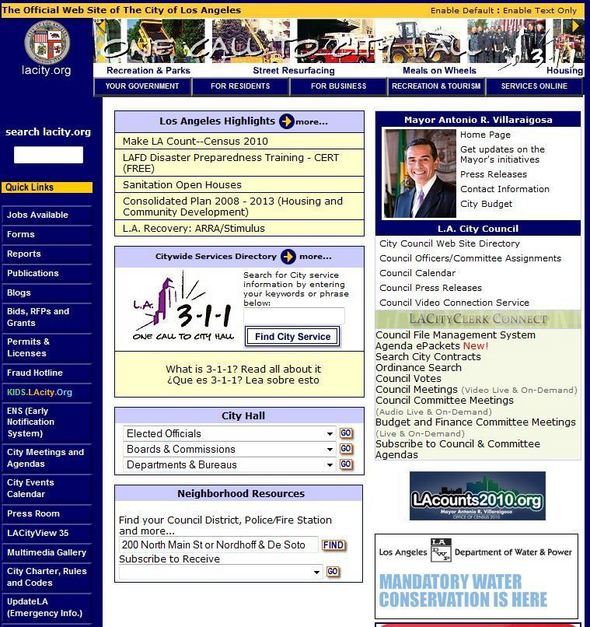 The city of Los Angeles is one of the first to bet heavily on cloud computing, but hasn't lavished the same attention on its garish Website. Possibly the biggest eyesore is one this image doesn't do justice, as the images behind "One Call to City Hall" atop the page and the text underneath it distract users by scrolling at different paces/ 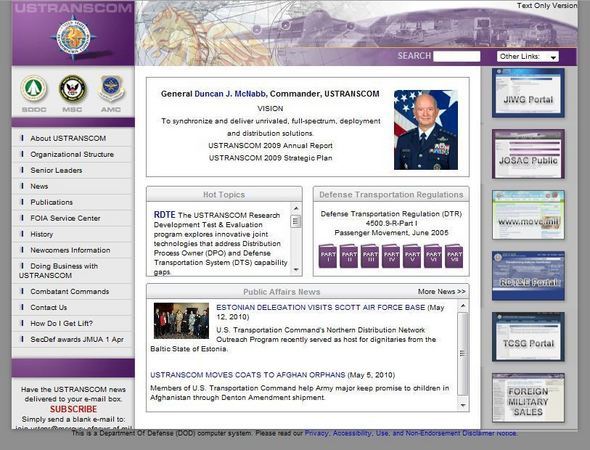 Miniscule text, poor formatting and vertically scrolling links to various portals plague the site of U.S. Transportation Command. The main frame cuts off text because it isn't large enough to capture all the text. There's also no good excuse for the portal links to be accompanied by the world's tiniest screenshots of each portal. 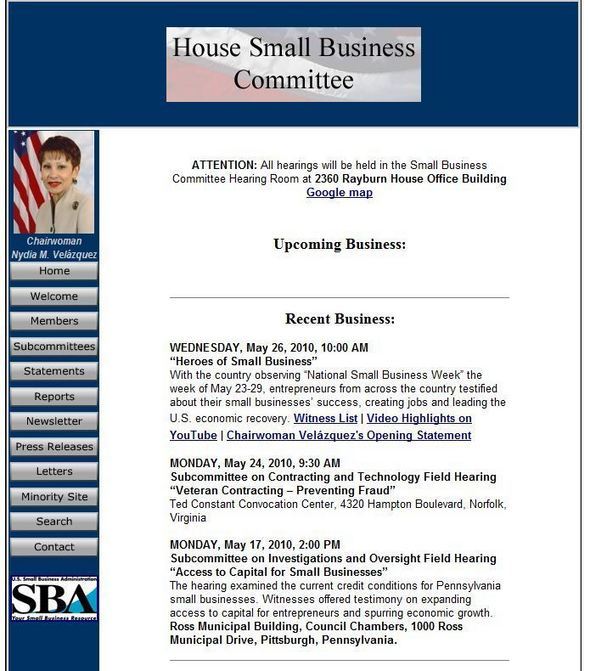 The Website of the House of Representatives Small Business Committee isn't up to par with most committee Websites, which have intuitive navigation and easily accessible information. Here, there's no obvious link to videos and statements from past hearings, which most committees make prominent, and it's unclear to the casual user what the differences would be among links like Statements, Reports, Newsletter, Press Releases, and Letters. 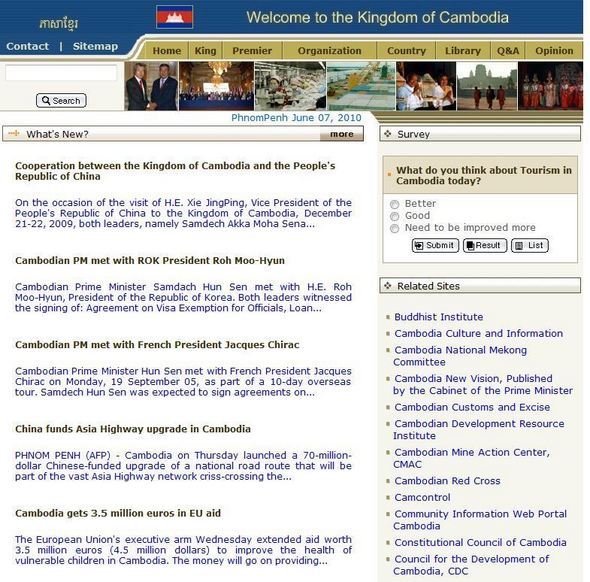 Any number of foreign countries could have been rewarded with a spot on this list (one of Papua New Guinea's primary official sites, for example, is nothing but a broken GIF file), but Cambodia's official Website gets the nod for poorly spaced and located text, article text rather than headlines acting as links, and bad use of white space. 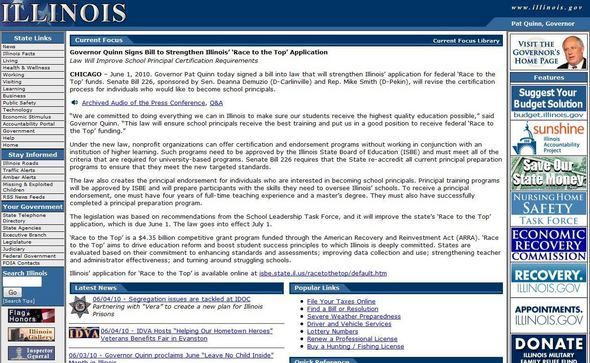 The State of Illinois' Website is loud and ugly. A press release dominates the page and brings users' eyes to the middle of the text rather than to the more important navigational features crowded into tiny text on the left. And the state should really choose a font and stick with it for those right sidebar icons. (Editor’s note: Illinois launched a redesigned and improved Website on June 28.) 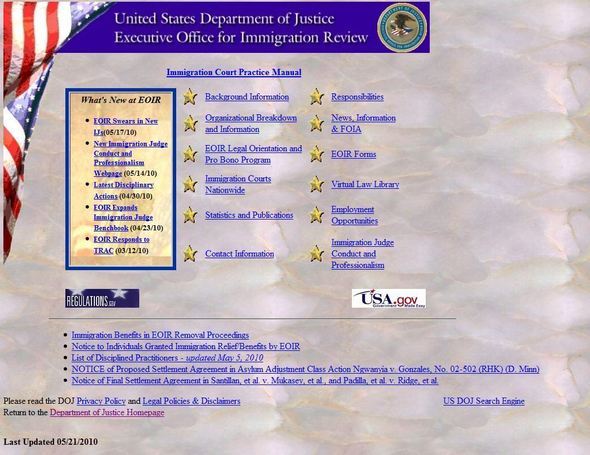 Pixilated JPG images of stars and the American flag and tons of blue links give it away that the site of the Department of Justice Executive Office for Immigration Review, which adjudicates immigration cases, is stuck in 1997. 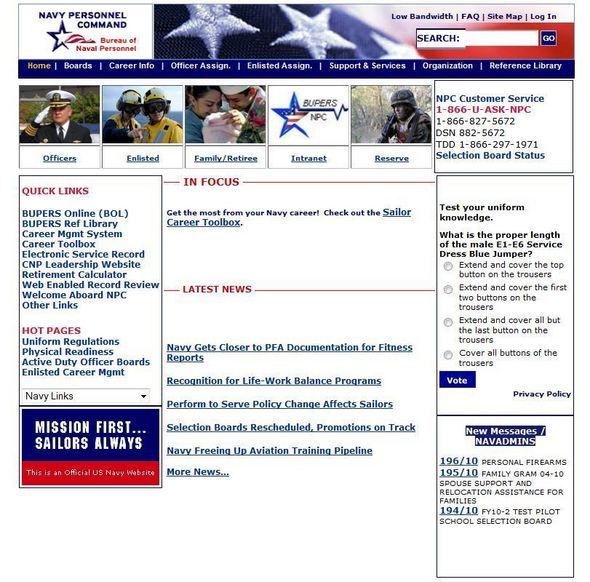 The Navy Personnel Command's site is not one of the worst offenders on this list, except for its poor use of white space. Eyes are immediately drawn to exclusion of the rest of the site to the white space around the Latest News link, and that's not a good thing. 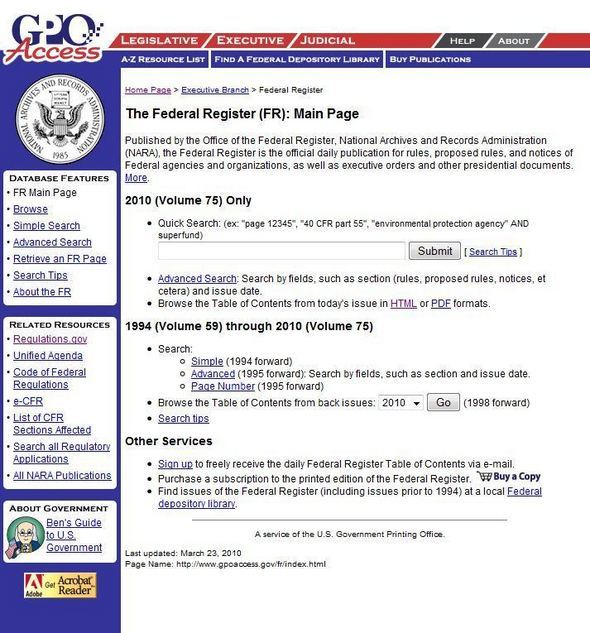 The site of the Federal Register, the federal government's official newspaper, doesn't look horrible. However, despite recently releasing the Federal Register in XML form to give developers programmatic access to its content, the Government Printing Access hasn't done much of anything to make the paper easy to navigate for non-programmers, and should take some cues from news sites everywhere to help keep citizens informed. 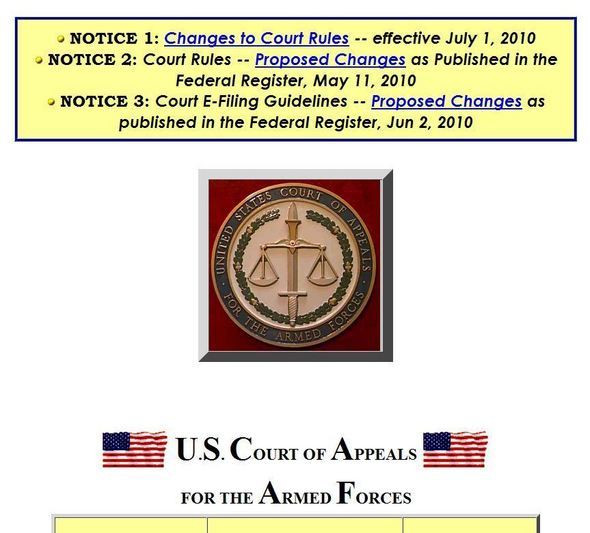 Not much needs to be said about how outdated this site looks. Text-heavy with shadow-boxed graphics, the site of the U.S. Court of Appeals for the Armed Forces is badly in need of some updates. If only you could see the animated GIFs of the waving flags and multi-colored bullet points.

We welcome your comments on this topic on our social media channels, or [contact us directly] with questions about the site.
Comment  |
Email This  |
Print  |
RSS
More Insights
Webcasts
Making Cybersecurity Work in Small and Medium-Sized Businesses
ROI and Beyond for the Cloud
More Webcasts
White Papers
The 2020 Duo Security Trusted Access Report
All In, Online Gaming & Gambling
More White Papers
Reports
How Data Breaches Affect the Enterprise (2020)
The Drive for Shift-Left Performance Testing
More Reports
Copyright © 2021 UBM Electronics, A UBM company, All rights reserved. Privacy Policy | Terms of Service