Microsoft SQL Server, NoSQL, and the in-memory database wars are the highlights among this year's headlines.

Fuggedabout Hadoop. Databases are still the backbone of transactional and analytical applications, and they stoked big reader interest in 2013. But times are changing, with a new breed NoSQL database and, ironically, the desire for SQL querying on top of Hadoop being big themes this year.

Measuring by the yardstick of page views -- which is admittedly skewed toward juicy headlines and Internet search-engine-ranking algorithms -- here's my personal selection of top database headlines in 2013:

1. Microsoft SQL Server 2014: Final Countdown
The top-selling database by volume (Oracle tops revenue) has a lot of fans. This story looks under the hood of the second community technology preview (beta) release to describe the in-memory capabilities and other new features expected with the next release in the first half of 2014.

2. Why NoSQL Databases Are Gaining Fans
The headline captures it. Need we say more?

3. MetLife Uses NoSQL For Customer Service Breakthrough
Were you thinking NoSQL databases would be just a passing fad among Internet giants? It turned lots of heads when this mainstream insurance company tapped MongoDB to solve the age-old 360-degree customer view problem. This story makes the case for freedom from the confines of rigid relational data models.

4. Oracle's Ellison Tries To Outmaneuver SAP Hana
If you can't beat 'em, join 'em. Larry Ellison takes the wind out of SAP's Hana sails (and, he hopes, sales) with the announcement that Oracle Database, too, will support in-memory processing. But he didn't say when this new Oracle 12c In-Memory Option would arrive.

5. Cloudera Impala Brings SQL Querying To Hadoop
If only Hadoop could act more like a database. Now it can, thanks to Impala, and this was just the first of many SQL-on-Hadoop announcements in 2013. 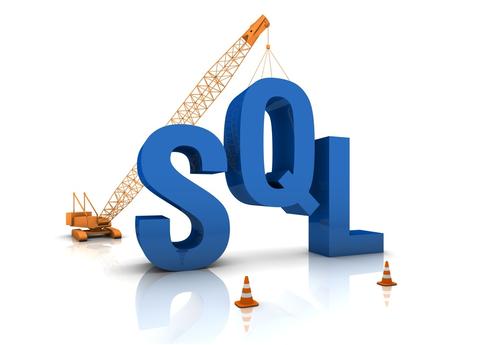 6. Inside IBM's Big Data, Hadoop Moves
Forget the headline. IBM's biggest news of this day was the release of BLU Acceleration for DB2, which employs a slew of compression, query acceleration, and in-memory analysis techniques previously seen here and there, but never before combined to this degree of success.

8. Oracle OpenWorld: 5 Rants and Raves
Rant #1: Larry Ellison pre-announcing the Oracle 12c In-Memory Option with no release data or roadmap. He's still talking as if it exists, but in late December he revealed it would be beta in the second half of 2014 and shipping late in the year. But then, how many years did he say Oracle Fusion was coming?

The past is prologue, so expect more headlines on Microsoft SQL Server 2014, NoSQL, and in-memory and cloud database options in 2014. Happy New Year!

What about  Datalog over SQL which i guess has a cleaner semantics and facilitates program understanding and more expressive, in particular for recursive queries.
Reply  |  Post Message  |  Messages List  |  Start a Board

I read the headline on your story wrong, and now I think I have a natural sequel for you: When NoSQL Makes NO Sense,

Are you seeing examples of the technology being applied inappropriately?

I suspect that in 2014 we will be hearing a lot about in-memory databases, since I/O communication between the processor and hard drives have been a big bottleneck, analysis etc keep getting more demanding -- the need for applications to be located in-memory becomes more apparent.