0 comments
Comment Now
Tweet
In 2010, the government turned to technology as a way to cut costs and improve efficiencies, an approach that worked in some cases but backfired in others. Like their associates in the public sector, government executives and IT professionals saw some big wins -- and headaches -- over the past 12 months. In some cases, cities or agencies were able to save money and boost productivity by adopting technologies such as cloud computing, by centralizing contracts, and reducing energy consumption thro 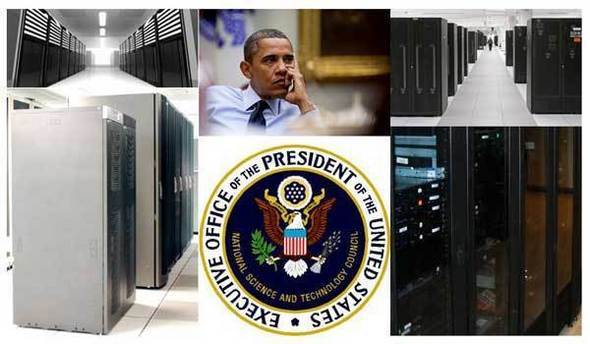 In June, President Obama and the Office of Management and Budget ordered the consolidation of federal data centers, a step that will go toward the government's goal of shaving $3 billion in costs by 2015. "For example, over the past decade, the private sector reduced its data center footprint by capitalizing on innovative technologies to increase efficiencies. However, during that same period, the Federal Government experienced a substantial surge in the number of data centers, leading to increased energy consumption, real property expenditures, and operations and maintenance costs," the memo said. The move could enable the government to sell buildings, reduce energy consumption, cut back on maintenance and equipment costs, and save on overhead, according to the memo.

The data-consolidation trend apparently is spreading from the top. Championed by President Barack Obama, federal civilian IT managers estimate they can achieve almost a 45% reduction in data centers over the next five years, according to MeriTalk. Yet, although of those polled already have taken steps to achieving this goal, fewer than one-third of respondents met the Office of Management and Budget's August 30 deadline to submit finalized data consolidation plans, MeriTalk found. Spending overall increased a little compared with slow-moving 2009, according to Gartner. Local and regional government spending was expected to grow 1.7% in 2010, the market research firm said in August. The national and international government market was predicted to increase 4%, Gartner said. The government allows citizens, agencies, government officials, and others to track its spending via the Web, using the Federal IT Dashboard. However, some published reports complain that some of the site's milestones are out-of-date and the information is not always complete.

Data Center Consolidation Gets Under Way

Data Consolidation Could Save Feds $14.6 Billion 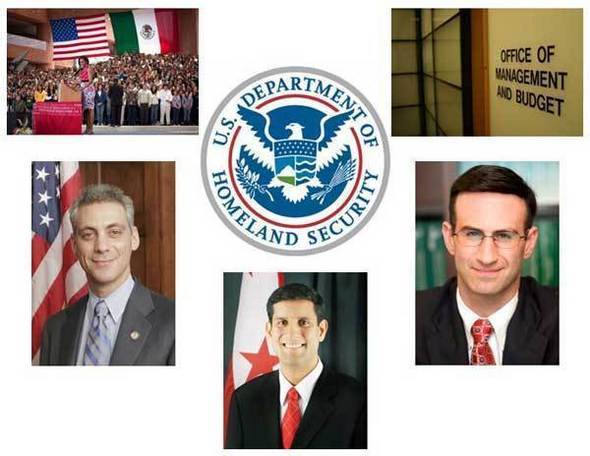 In June, the Office of Management and Budget unveiled its plans to stop all new financial system modernization projects, review up to 30 IT projects deemed to be at the highest risk of failure and improve IT procurement and project management to cut costs. In a memo signed by Peter Orszag and Rahm Emanuel, the government stated its intention to address problems with past IT projects that took too long and cost too much. If the risky projects were allowed to continue, they would cost $30 billion, said federal CIO Vivek Kundra. One nixed project was related to the secure border with Mexico, which Michele Obama visited earlier this year. 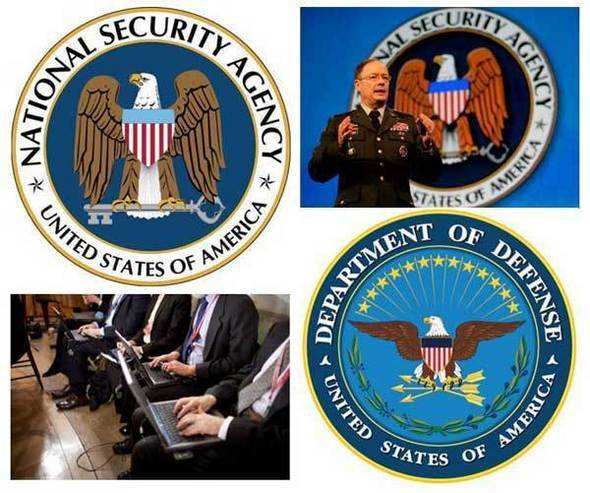 The U.S. placed another blockade in its ongoing efforts to protect government, business, and citizens from cyber warfare, with the November opening of the U.S. Cyber Command. Overseen by Lt. Gen. Keith Alexander, the Department of Defense operation is near the National Security Administration, and will work closely with that agency. In October, the two organizations vowed to collaborate on cybersecurity issues for military and civilian groups, a stated objective of the Obama administration. 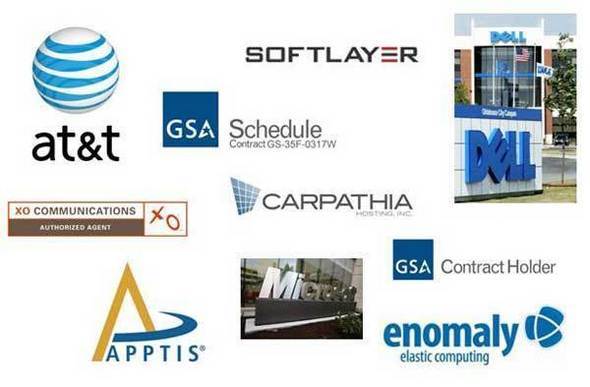 Where's Government Data In The Cloud? 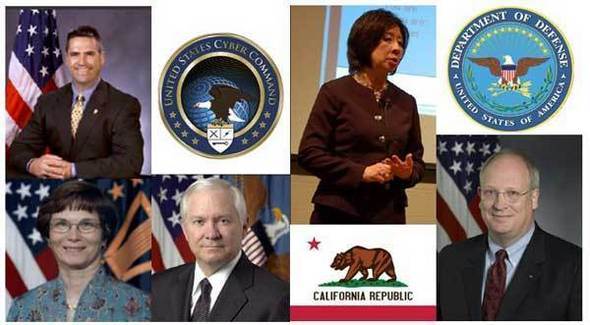 Teri Takai leaped from the frying pan of overseeing IT for the cash-strapped state of California into the fire of becoming the Department of Defense's CIO, a position she took-on beginning Nov. 7 after the post had been left empty for almost 18 months. Deputy CIO Dave Wennergren, who had been fulfilling those responsibilities, had recently moved on to become the assistant deputy chief management officer at the DoD. In addition to her CIO role, Takai also temporarily served as acting assistant secretary of defense networks and information integration as several DoD organizations undergo restructuring under the plans of Robert Gates. That plan encompasses the assistant secretary's office, home of the DoD CIO position. Takai is experienced in consolidations, having led statewide initiatives in California and Michigan.

Military IT Leadership To Undergo Transformation 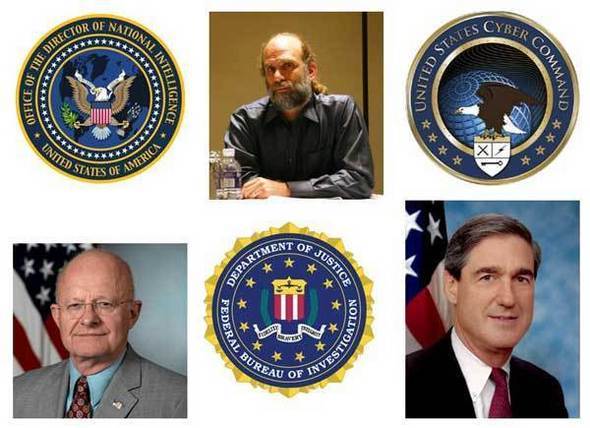 The Obama administration drew raucous jeers and cheers when, in September, federal law enforcement and national security agents began seeking new regulations for the Internet, including the ability to wiretap users' online activities. The bill, which is expected to be presented in 2011, basically seeks to require all services that enable communications -- such as Facebook, Skype, and BlackBerry handhelds -- be capable of complying if served with a wiretap order. The law also would include the ability to intercept and unencrypt scrambled missives. James Clapper, the U.S. director of national intelligence, and Robert Mueller, the director of the FBI, spoke at the Bipartisan Policy Center's State of Domestic Intelligence Reform conference, warning attendees about terrorists' growing and dangerous use of social media. Critics, such as Bruce Schneier, the chief security technology officer for BT, and James Dempsey, vice president of the Center for Democracy and Technology, voiced concerns about the policy's huge implications. 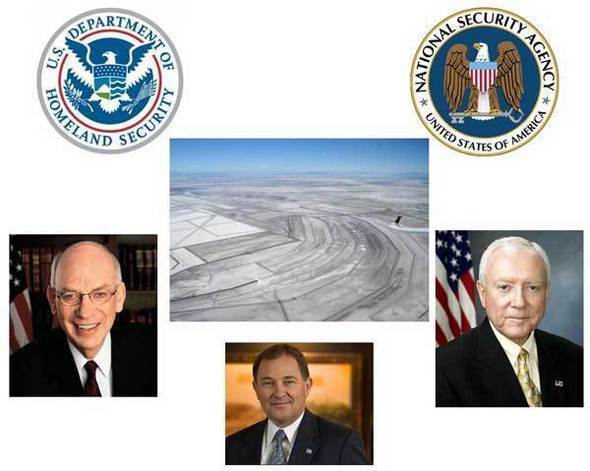 The National Security Agency unveiled plans to build a one million square feet, $1.5 billion cybersecurity data center in the Utah salt flats near Salt Lake City. The center, which will house the highly-classified Comprehensive National Cybersecurity Initiative designed during the Bush years, was announced by Glenn Gaffney, NSA's deputy director of national intelligence for collection, at the Utah state capitol. Utah Governor Gary Herbert and Sens. Orrin Hatch, (R-Utah), and Robert Bennett, (R-Utah) joined him. The center, which will employ between 100 and 200 people when fully operational, will provide "critical support to national cybersecurity priorities," according to the NSA, which would not disclose further details. 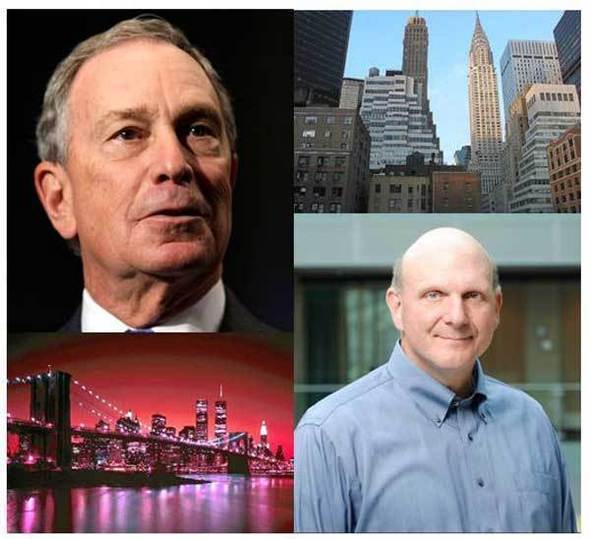 Through a technology partnership with Microsoft, New York City expects to save $50 million over five years. The contract, which covers Manhattan's approximately 100,000 employees, encompasses both desktop software and hosted services, and replaces the city's use of 40 previous licenses for Microsoft solutions. Under the new deal, Manhattan's Department of Information Technology and Telecommunications (DoITT) will oversee cloud services to about 30,000 city employees. The DoITT will create three types of user: those who need occasional access -- regular users, and power users. New York City Mayor Michael Bloomberg and Microsoft CEO Steve Ballmer signed the deal, which was not open to bid because it was a revision of an existing contract, according to reports.

New York As IT Center Of The World 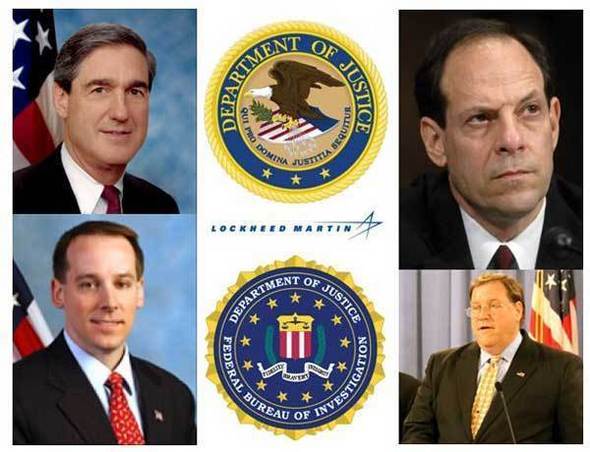 The Department of Justice's Office of the Inspector General and the Federal Bureau of Investigation leveled shots at each other over Project Sentinel, a computer system reworking that went over-budget and ran late. In September, the FBI took control of the project, which had originally been overseen by contractor Lockheed Martin, following a decision in July to freeze the latter of the development phases. The FBI's decision to turn to internal resources and agile development processes came because Project Sentinel was approximately two years late and more than $100 million over budget. In fact, although only two of four phases were complete, $405 million -- not the estimated $306 million -- of the allotted $451 million was spent. This led to a public fracas: Glenn Fine, the D.O.J.'s Inspector General, wrote seven reports about the project. Thomas Harrington, FBI associate deputy director, then publicly responded, defending the FBI's revised plan and ability to rein-in costs and stick to the timeline. 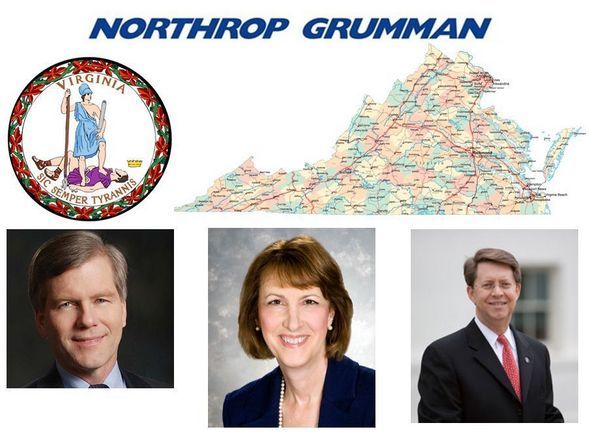 Virginia suffered some data loss after a weeklong data outage reportedly triggered by a memory card failure at an EMC DMX-3 storage area network within the Virginia Information Technologies Agency's (VITAS) Richmond computing center. Northrop Grumman, which inked a $2.3 billion contract to partner with VITAS to maintain the state's networks, fixed the problem and formally apologized. "Our efforts to examine the factors that contributed to the initial problem and the lengthy restoration of service is just beginning," said Linda Mills, corporate vice president and president, Northrop Grumman Information Systems, in a statement. Although Northrop Grumman fixed the problem, some agencies -- such as the Department of Motor Vehicles -- reported it could not process driver licenses days after the outage, reports said.

Virginia May Lose Data From Outage

Virginia Still Disrupted By IT Outage

We welcome your comments on this topic on our social media channels, or [contact us directly] with questions about the site.
Comment  |
Email This  |
Print  |
RSS
More Insights
Webcasts
5 Steps to Integrate SAST into the DevSecOps Pipeline
12 Ways to Defeat Multi-Factor Authentication and How To Stop the Bad Guys
More Webcasts
White Papers
NetFlow vs Packet Data
[Exclusive InformationWeek IT Trend Report] The Cloud Gets Ready for the 20's
More White Papers
Reports
Can You Spare 10-12 Mins to Help Us Out with a Survey on Tech Trends?
Got 7 Minutes? Dark Reading Needs Your Help With Our Survey on Incident Response
More Reports
Copyright © 2020 UBM Electronics, A UBM company, All rights reserved. Privacy Policy | Terms of Service