Apple has officially released Boot Camp 6, which allows Mac users to run Windows 10 on their machines within a virtual environment.

Apple has released a new version of its Boot Camp software allowing the installation of 64-bit versions of Windows 10 on Macs that run the Yosemite version of Mac OS X. Boot Camp 6 also brings updated drivers and official support for Windows 10 to some of Apple's hardware.

Boot Camp allows you run Mac OS X and Windows in two separate partitions on the same Mac. Which OS loads upon boot is then the user's choice. Documents from one system can also be shared with the other.

Macs from 2012 and newer are officially supported in Boot Camp 6, but it still may be possible to install Windows 10 on some older Macs with Boot Camp 6. Apple makes no promises for the older hardware, however. Still, all the newer iMacs, Mac Minis, Mac Pros, MacBook Pros, MacBooks Airs, and MacBooks are supported.

If you're upgrading from older activated Windows software, the procedure is much the same as from a PC. You must run Apple Software Update in the older version of Windows before the installation is done to ensure the new drivers will be present.

Apple says that an erasable 16GB flash drive needs to be used in the installation process when done by the Boot Camp Assistant utility. 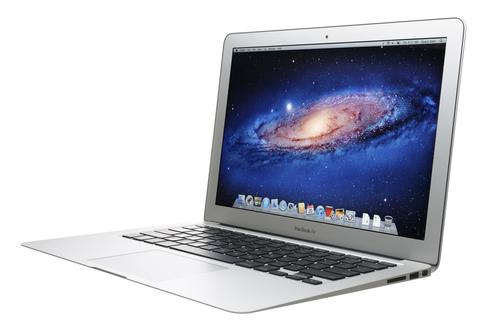 Boot Camp 6 has limited interface features in the Control Panel, so taking advantage of the Mac's multitouch trackpad functionality to access the new Windows 10 trackpad gestures requires a third party product like Trackpad ++.

However, Boot Camp 6 does support important Mac hardware features in Windows 10, including USB 3, USB-C on the MacBook (Retina, 12-inch, Early 2015), the Mac's Thunderbolt high-speed port, the built-in SD or SDXC card slot, and the built-in or USB Apple SuperDrive.

[Read about the Windows 10 IoT Core.]

There are other methods to run Windows 10 on a Mac besides Boot Camp.

Virtual machine (VM) applications designed for the Mac can also run Windows 10. In these, a partition on the Mac hard disk is set up for the OS to run.

Commercial VM apps such as Parallels Desktop for Mac and VMware Fusion for Mac don't require a reboot in order to run Windows. These products are under $100 to buy, and have an evaluation period before purchase.

There is also a free VM app from Oracle -- Virtual Box -- that will run Windows 10 on the Mac. It is an open source product, and the extension packs associated with Virtual Box are free for personal use.

Virtual Box is a less sophisticated in its features than the commercial products, but is a less costly alternative to them if running without a reboot is important.

Larry Loeb has written for many of the last century's major "dead tree" computer magazines, having been, among other things, a consulting editor for BYTE magazine and senior editor for the launch of WebWeek. He has written a book on the Secure Electronic Transaction Internet ... View Full Bio
We welcome your comments on this topic on our social media channels, or [contact us directly] with questions about the site.
Comment  |
Email This  |
Print  |
RSS
More Insights
Webcasts
How Elite Analyst Teams are Transforming Security with Cyber Reconnaissance
Making Cybersecurity Work in Small and Medium-Sized Businesses
More Webcasts
White Papers
How to Prioritize Risk Across the Cyberattack Surface
Transforming the Corporate WAN: Enterprise Network Insights
More White Papers
Reports
Are Unprotected Cloud Databases Leaking Your Data?
The ROI Of SD-WAN: Not Just A Numbers Game
More Reports

Naw, those guys aren't worried about Apple. Macs cost too much.

They are scared shirtless about low-end Chromebooks, though. Hardware is being disintermediated by the cloud.
Reply  |  Post Message  |  Messages List  |  Start a Board

With Windows users now having a choice to buy Mac hardware, windows PC and laptop manufacturers like Dell, Lenovo etc will have an interesting time ahead.
Reply  |  Post Message  |  Messages List  |  Start a Board

Boot Camp has been around for awhile.

It was the response to those who declined to buy a Mac because they had to run Windows for work.

This is an extremely interesting development. It is one thing to run Windows on an Apple product using a third-party tool but for Apple to actually allow users to boot Windows suggests that the environment is being opened up. I wonder if the move is due to popular demand by users or Apple is to gain access to new markets by supporting Windows, for instance, the enterprise market.
Reply  |  Post Message  |  Messages List  |  Start a Board
Editors' Choice
Hot Topics

10 IT Trends to Watch for in 2021 Cynthia Harvey, Freelance Journalist, InformationWeek,  12/22/2020
White Papers
How to Prioritize Risk Across the Cyberattack Surface
Passwordless: The Future of Authentication
Two-Factor Evaluation Guide
Presenting Your Cloud Security Strategy to the Board
Seven recommendations for a Successful SD-WAN Strategy