Microsoft is paying out $10,000 after a woman sued when a forced upgrade caused her computer to crash.

Microsoft has paid one of its customers $10,000 after a forced Windows 10 installation caused her business computer to malfunction.

Teri Goldstein owns a travel agency business in Sausalito, Calif., called TTG Travel Group. She claimed she did not authorize the installation of Windows 10 on her PC, which had previously been running Windows 7.

The attempted upgrade to Windows 10 failed and Goldstein's computer slowed down, crashed, and would be rendered unusable for days, as The Seattle Times originally reported.

[Microsoft is killing the Surface 3 in December. Will there be a successor?]

Goldstein initially contacted Microsoft support to remedy the problem. "For months I tried to work with them, but they kept blowing me off," she said in an interview with ComputerWorld, noting the issues began in August 2015.

When her efforts proved unsuccessful, she sued the company for compensation for the cost of a new computer and wages lost. The computer problems occurred during her busiest season of the year, which runs from September through December, and customers began to cancel when she couldn't answer email or access files.

Goldstein filed a claim for $10,000 in small claims court, arguing she did not authorize the upgrade that ultimately resulted in lost business for her company. She won the case.

It's worth noting Microsoft originally claimed it would appeal the court's decision, but decided to back out and instead pay the $10,000.

"The company dropped its appeal to avoid the expense of further litigation," said a Microsoft spokesperson in a statement.

The Goldstein court case is a prominent example of how Microsoft's upgrade strategy may have gone too far. While she may be the first person to be compensated for an unauthorized Windows 10 installation, she is not the only person who did not welcome the upgrade.

Microsoft launched Windows 10 as a free upgrade to users of Windows 7, Windows 8, and Windows 8.1 in July 2015. Since then, it has adopted an aggressive strategy to encourage users to install the new operating system.

Following the public rollout of Windows 10, users were asked to reserve their upgrade. A few months later, Microsoft decided to automatically download updates onto consumer PCs. Its efforts to push Windows 10 onto its goal of 1 billion devices by July 2018 have become increasingly more intense since then. 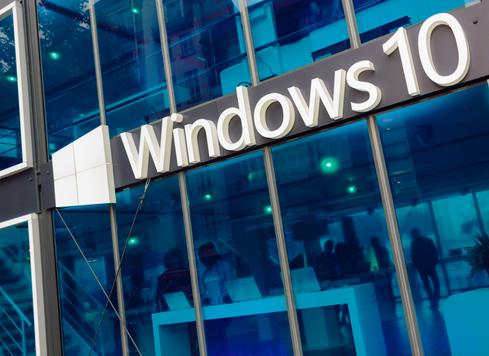 Redmond overhauled its OS strategy in Windows 10, adopting the Windows-as-a-Service model and including new features to improve security, organization, and productivity. While it claims the system is a major improvement over older versions of Windows, many believe the company isn't leaving the choice to upgrade up to users.

The Windows 10 upgrade campaign started with consumer devices, but has since extended to businesses. In January, Microsoft announced its "Get Windows 10" notifications would be appearing on enterprise PCs.

Goldstein encourages other Windows users in similar situations to contact her, and emphasizes the importance of companies like Microsoft taking responsibility for their actions.

"Corporations need to be held accountable," she said in her ComputerWorld interview. "My business was destroyed by a company pushing its products. You have to take the bull by the horns, because as long as Microsoft can get away with this, they will."

Microsoft will terminate its Windows 10 free upgrade offer in July 2016, one year after the official launch. Around the same time, it will release the Windows 10 Anniversary Update, which will bring a range of major new features and fixes to the OS.

Kelly Sheridan is the Staff Editor at Dark Reading, where she focuses on cybersecurity news and analysis. She is a business technology journalist who previously reported for InformationWeek, where she covered Microsoft, and Insurance & Technology, where she covered financial ... View Full Bio
We welcome your comments on this topic on our social media channels, or [contact us directly] with questions about the site.
Comment  |
Email This  |
Print  |
RSS
More Insights
Webcasts
Monitoring Critical Cloud Workloads
Disaster Recovery/Business Continuity in the New Normal
More Webcasts
White Papers
The State of Zero Trust Security Strategies
Research from STL Partners and Vertiv Reveals Why Telcos Should Prioritize Efficiency and Sustainability in 5G Network
More White Papers
Reports
Why You're Wrong About Operationalizing AI
2021 Digital Transformation Report
More Reports