Leaked specs show what a budget-friendly Windows device might offer. Is it enough to stem surging Chromebook sales?

In July, Microsoft previewed HP's Stream, a $199 Windows 8.1 laptop, but little else has been said about the device. Support documents posted online have revealed the Stream's specs and given the market its first sense of what a $200 Windows PC might offer.

The Stream will run Windows 8.1 with Bing, one of several free and low-cost Windows licenses offered to OEMs. Microsoft introduced the new options in an effort to make Windows devices more affordable and to stem rising sales of Google's Chromebooks. With a price that undercuts most similarly sized Chromebooks (often by more than $100), the Stream could help Microsoft's cause. But recent Chromebook momentum makes the issue far from certain.

Even though the Stream isn't yet available, HP -- perhaps inadvertently -- posted a maintenance guide for the device. First spotted by MobileGeeks.de, the guide documents the Stream's specs and components, which are headlined by an AMD A4 Micro-6400T quad-core processor clocked at 1.0 GHz and a Radeon R3 integrated graphics chip.

[Windows 8's struggled, but Microsoft might be primed to rebound. Read Windows 'Threshold': 7 Things to Expect.]

InformationWeek asked HP to confirm the specs listed in the guide and reveal when the device would be available. An HP spokesperson told us the company currently has nothing to share about the device, other than that it is working on a family of Stream products that run Windows.

According to the guide, the Stream will feature a 14-inch non-touch display with 1366 x 768-pixel resolution. It will come with either 32 GB or 64 GB of flash storage, 2 GB of RAM, a 720p webcam, two USB 2.0 ports, one USB 3.0 port, and a HDMI connector. The guide also indicates that Microsoft will offer Stream owners 100 GB of free OneDrive storage for two years. 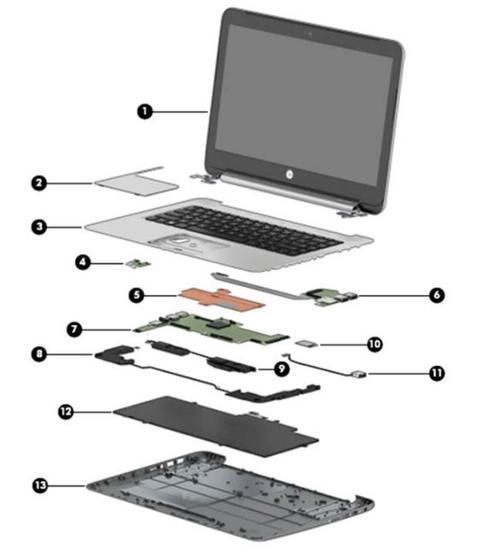 When the device hits the market, it will be cheaper than most Chromebooks, which have become enormously popular in the education sector and are starting to show mainstream traction. Earlier this month, Gartner predicted Chromebook shipments will reach 5.2 million units this year, and almost triple that number by 2017. As InformationWeek's Thomas Claburn pointed out, that total -- 14.4 million units -- would be only around 2 million less than the number of Macs Apple sold last year.

Still, not everyone is persuaded that Chromebooks are poised to break out. Earlier this summer, Techaisle analyst Anurag Agrawal told InformationWeek contributor Kevin Casey that Chromebooks' ultimate popularity depends on a range of unanswered questions, including whether IT will embrace the devices as thin clients and how Google and its partners advance the "cheap-and-simple" ethos under which Chromebooks launched. HP's rep stated that the company is dedicated to providing customers a range of operating system choices.

Agrawal also said Microsoft could shake things up with a "Bing book"-- more or less what the Stream is expected to be. But that doesn't mean manufacturers will abandon blossoming Chrome-based lineups while they try out Microsoft's new offering. HP, for instance, produces a range of Chromebooks.

Last October, HP CEO Meg Whitman characterized Microsoft as a rival, and began hyping Windows 7 PCs once it became clear Windows 8 devices were not in high demand. Given this backdrop, if the Stream doesn't sell well, HP might continue to invest more resources in Google platforms.

Then again, HP has already invested in one other budget-oriented Windows 8.1 device -- the $250, touch-equipped Pavilion 10z notebook, which launched in July. It's likely HP and other PC OEMs are simply playing the field until the market for budget computers shakes out.

Michael Endler joined InformationWeek as an associate editor in 2012. He previously worked in talent representation in the entertainment industry, as a freelance copywriter and photojournalist, and as a teacher. Michael earned a BA in English from Stanford University in 2005 ... View Full Bio
We welcome your comments on this topic on our social media channels, or [contact us directly] with questions about the site.
Comment  |
Email This  |
Print  |
RSS
More Insights
Webcasts
Take DevOps to the Next Level
Advancing the Hybrid Cloud & App Modernization Journey with IBM
More Webcasts
White Papers
Annual Cybercrime Report
IDC Market Share: How the Network Is Used to Unmask the Adversary
More White Papers
Reports
We Need Your Input: Trends in Workforce Optimization
2021 Application Security Statistics Report Vol.2
More Reports

Part of the price value when you buy a more expensive Apple product is you get access to the genius bar. Help is as close as the closest apple store. That is a big deal to many users.
Reply  |  Post Message  |  Messages List  |  Start a Board

Yeah, and I doubt they ever will. No OS X device has ever approached that low a price. Apple doesn't play in low margin spaces. And even their lone "budget" option, the Mac Mini, is getting pretty long in tooth!
Reply  |  Post Message  |  Messages List  |  Start a Board

A fine point, Chris! Whatever Windows 8's reputation, it's now an OS that lets you get a lot done at a very low price. For $199, I'm sure people who currently don't have computers (like students) will be tempted by the offer.
Reply  |  Post Message  |  Messages List  |  Start a Board

I hope this is an option before I have to buy a kid some kind of device (laptop or tablet) for middle school. Windows 8's reputation? She would be thrilled to have a windows machine.
Reply  |  Post Message  |  Messages List  |  Start a Board

If HP can get to $199, why can't the Chromebook makers? Hint: They all can, but it's hard for all of them to get around the display costs. $199 is one of the magic price points in consumer electronics, so it will be interesting if $100 could sway people away from a Chromebook and over to the Windows device. That's quite a different OS experience.
Reply  |  Post Message  |  Messages List  |  Start a Board

It's not a lot of storage, but with the free OneDrive offer, the target user group should be able to manage. Microsoft made the OS footprint a lot smaller with Windows 8.1 Update, and many competing devices at this price point also have relatively small SSDs, so I think storage won't be too big an issue. But Windows 8.1's reputation might be a bigger liability, as you suggest.
Reply  |  Post Message  |  Messages List  |  Start a Board
InformationWeek Is Getting an Upgrade!