Sixteen years ago, the future of Linux, then a new software phenomenon, was hanging in the balance. IBM rode to its rescue by endorsing it for the mainframe. The IBM seal of approval removed doubts among enterprise users about the viability of using Linux and other open source code in the data center.

Now, IBM is hoping Linux will, in turn, ride to the rescue of the mainframe.

With all the ballyhoo it can muster, IBM announced Aug. 17 at LinuxCon North America 2015 in Seattle that something new and exciting is happening with Linux: Ubuntu will run on a mainframe. The LinuxONE mainframe hardware has been designed for the Canonical version of Linux.

The servers include LinuxONE Emperor, which IBM claimed can scale up to 8,000 virtual machines or hundreds of thousands of containers, and Rockhopper, which is designed for midsize businesses. The LinuxONE Emperor system will be based on IBM's z13 mainframe.

For starters, Ubuntu is a version of Linux that is popular with developers and many end users. Developers like the fact that the Debian kernel, on which Ubuntu is based, is more in step with the Linux kernel development process led by Linus Torvalds. Red Hat Enterprise Linux, with its emphasis on testing and stability, tends to lag the process.

SUSE Linux traditionally is big-server Linux. Ubuntu, on the other hand, is popular on x86 hardware. If you're talking about "low-cost mainframe," a term many customers are skeptical of, it helps to utter "Ubuntu" in the same breath. The emphasis du jour is Ubuntu.

Let's face it. It's past time to come up with a new market for the mainframe, which has long been IBM's cash cow. The mainframe is a wonderful, albeit expensive, machine. It concentrates CPU and memory together with high speed I/O channels for high-volume data exchanges. To the best of my knowledge, IBM has tried to keep the pricing on entry-level mainframes in step with high-end Unix servers. By bringing out an Ubuntu mainframe, it may be able to hover below that pricey bar. 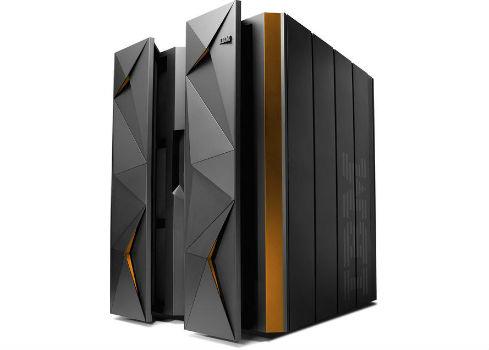 To get shipment volumes up, IBM has to find a way to help keep prices down. There's a lot more Linux expertise out there to develop applications and run systems than there is OS/390 knowledge. If Ubuntu expertise can be substituted for mainframe operating system expertise, then the number of mainframes in use might expand. Bigger hardware production runs -- the mainframe still has its own unique CPUs -- help hold down unit costs.

In addition, IBM understands the appeal of Linux use in China. It opened a Linux Innovation Lab in Beijing in 2013. That was for its Power server line, but the growing base of Linux users in China might be willing to graduate to Linux-based mainframes as it matures.

For several years, Ubuntu has led other Unixes as the distribution most frequently used for testing. In 2014, OpenBenchmarking.org revealed Ubuntu was used for testing 39% of the time. That would indicate it's a favorite of developers, who must frequently test their software. Debian and OpenSUSE were the runners-up.

That's a good reason for IBM to produce the LinuxONE to run Ubuntu as a server system. If developers produce code and test it under Ubuntu, why not give them a server large enough to run major production systems? Yet, there's no way around the fact that SUSE and Red Hat are already there; Ubuntu will be the third Linux available.

Overall, IBM's server revenues slipped 27.1% in the fourth quarter of 2014 compared to the same quarter a year earlier. Unit shipments were down 37.8% in the same period for all server categories, which include x86 Intel-based servers, IBM Power-based servers running Linux and AIX, and IBM mainframes.

So what looks like a new idea is actually more than 15 years old. In June 2000, Linux Journal writer Adam J. Thornton noted that Rice University and Princeton had both announced earlier that year that the mainframe was kaput on campus. "Plans to shut the dinosaur down were announced, then retracted, once it became clear that vital parts of the campus would grind to a halt," he observed. One way to keep it relevant, in addition to running legacy systems, was to introduce the use of mainframe-based Linux VMs, he noted.

Which brings me to a little noticed piece of IBM's Aug. 17 announcement: It also stated that SUSE will support the use of the open source KVM hypervisor on Ubuntu mainframes. How is that breaking news, when we said that SUSE has been on the mainframe for 15 years?

KVM is the default hypervisor for OpenStack clouds, and Ubuntu includes an OpenStack distribution with its version of Linux. For those thinking of building an on-premises, private cloud, Ubuntu, OpenStack, and the IBM LinuxONE mainframe suddenly starts to look a little bit more attractive. Mainframes can run large numbers of virtual machines due to their concentration of resources. What better way to shrink the need for electricity and data center space if you can build your private cloud with one or two LinuxONEs, while at the same time shrinking the virtualization budget by relying on OpenStack/KVM instead of a more expensive alternative?

The number of mainframe shipments may well continue to shrink. But if IBM can reduce the software expense and operations cost of a mainframe, that shrinkage will occur at a much slower pace than it has of late.

And if IBM puts together a winning combination for the virtualized heart of the data center, as it evolves toward a private cloud, that system has a better future than mainframe advocates have been able to spot in a long time.

Charles Babcock is an editor-at-large for InformationWeek and author of Management Strategies for the Cloud Revolution, a McGraw-Hill book. He is the former editor-in-chief of Digital News, former software editor of Computerworld and former technology editor of Interactive ... View Full Bio
We welcome your comments on this topic on our social media channels, or [contact us directly] with questions about the site.
Comment  |
Email This  |
Print  |
RSS
More Insights
Webcasts
Disaster Recovery/Business Continuity in the New Normal
4 Practical Tips for Building a Data Lake
More Webcasts
White Papers
Why Energy Management is Critical to 5G Success
Bandura Threat Intel Integrations Infographic
More White Papers
Reports
Protection Strategies for a Cyber-Resilient Organization
The State of Endpoint Security
More Reports