50%
Tweet
The latest update to the beta version of Apple's iOS 9 delivers a much needed WiFi feature, app redesigns, and new wallpaper options.

Apple has delivered the latest version of its forthcoming mobile OS to its developer audience. The newest update to iOS 9 packs a few key features and redesigns for apps like Activity, Calendar, and Siri. However, the WiFi feature is garnering the most attention.

The decision to release iOS for beta testing is a new one for Apple. Preview builds are currently limited to registered developers, but the company promises to eventually include consumers in the process.

There is plenty to see in iOS 9 beta 5, but two capabilities have the tech world buzzing: WiFi Assist and WiFi Calling.

As reported on 9to5Mac, WiFi Assist is a new setting for maintaining a strong online connection. If you're in an area with bad WiFi, the enabled feature will automatically transfer your device from WiFi to a cellular connection.

Normally, the iPhone will stay connected to a poor WiFi signal unless you manually disconnect or walk away until you're out of range. The setting saves you the frustration (and battery life) of a poor WiFi connection by making the automatic switch.

WiFi calling support is also available for AT&T subscribers in iOS 9 beta 5. This generally provides a better phone call connection. It's a handy option if you're traveling in a location with a weak signal.

Earlier versions of iOS 9 limited WiFi calling capabilities to T-Mobile. It looks like this feature will be available on several carriers in the future. 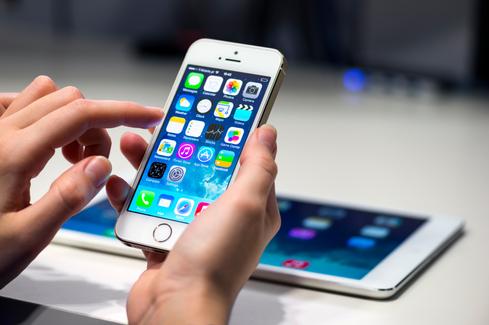 Read on to learn more about the app updates and new features Apple has included in iOS 9 beta 5:

iOS 9 is predicted to launch in full later this fall, likely in September. We're also expecting Apple to debut a new iPhone within the same time frame.

Kelly Sheridan is the Staff Editor at Dark Reading, where she focuses on cybersecurity news and analysis. She is a business technology journalist who previously reported for InformationWeek, where she covered Microsoft, and Insurance & Technology, where she covered financial ... View Full Bio
We welcome your comments on this topic on our social media channels, or [contact us directly] with questions about the site.
Comment  |
Email This  |
Print  |
RSS
More Insights
Webcasts
Staffing & Training a Cyber Incident Response Team
Enterprise Database Strategies for 2020
More Webcasts
White Papers
Wired vs. Wireless LAN Solution
2020 State of Malware Report
More White Papers
Reports
Online Threats -- and What Your Org Can Do About Them
[Special Report] Remote Network Management
More Reports

Since upgrade to iOS 9, I'm unable to use the Voice to Text feature. The voice synthesizer screen shows activity, but no text will appear.
Reply  |  Post Message  |  Messages List  |  Start a Board

I would like to see the WiFi work; period. I know many of the Apple-heads out there think the iPhones are rock solid and WiFi works perfect, but I have been using iPhone for over three years and find it to be poor at best. Perhaps it is the issue they are fixing, but my WiFi is stong and always up at my office, yet performnce is poor. My friends and family whom are Android users have little to no difficulty finding and using WiFi in random locations. Many times I will be sitting next to them and NO WiFi is available, yet the Android show 10+ signals. (This is marginally better on my iPhone 6 than my 5) Lets hope there is more to the WiFi fix than what is listed here.
Reply  |  Post Message  |  Messages List  |  Start a Board

The new iOS 9 looks exciting to me and Apple is on the trend to improve iOS to make it more user friendly. However, I am willing to see if there will be more breakthrough-level stuff, considering this is a major release of iOS.
Reply  |  Post Message  |  Messages List  |  Start a Board
Editors' Choice
Hot Topics