The keynote presentations at this year's Apple Worldwide Developers Conference (WWDC) were lengthy, but that was expected given the number of updates and services predicted to debut during the event.

A range of operating system updates took the spotlight, from OS X to the second iteration of Apple Watch platform WatchOS 2. While Apple TV did not get any attention, execs and music industry gurus introduced a new music streaming service poised to rival Spotify.

As predicted, many of the system upgrades involved stability and performance fixes, in addition to updates for many native apps. Here is a snapshot of what we learned today:

New Mac system El Capitan brings refinement and advancement to predecessor Yosemite. Apple is focusing on performance with this update and promises greater speed for opening and switching applications.

El Capitan has a new Mission Control interface, which can be accessed via three-finger swipe; enhanced Spotlight search feature with more detailed results; and the ability to mute auto-play sound with one tap. It also has split view, so that you can work in multiple windows on one screen.

[10 Smartphone Apps You Can Talk To]

If any of these features sound familiar, it may be because we've already seen them in recent announcements from Microsoft. Windows 8 also has split view, and its new Edge browser features a similar system for muting sound.

Developers have access to El Capitan as of today. Apple execs noted that a public beta will launch in July and free upgrades to the public will start in the fall.

We also learned more details about iOS 9, which will be available on all devices that support iOS 8. Apple's newest mobile OS is now available to all developers with a public beta version promised for July. When the full upgrade is available, you'll only need 1.3GB of free space to download iOS 9.

Prior to WWDC 2015, experts had suggested that ensuring high quality in iOS 9 would be critical for Apple. The latest version of iOS will bring faster speed and prolonged battery life. If you're running low, a new low-power mode will give you up to three hours of charge, execs explained. 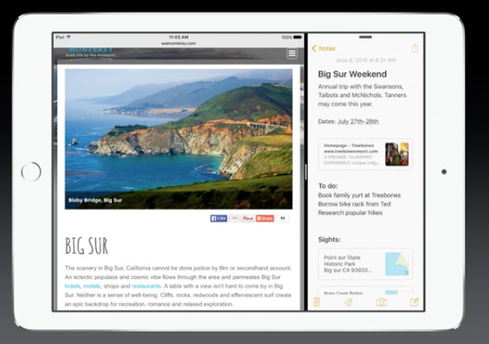 Here are a few of the app updates coming to iOS 9 in iPhone and iPad:

Six weeks after Apple Watch first became available, Apple is ready to deliver updates. As of today, a new version of WatchOS will allow developers to create native apps and give them access to Watch features like taptic engine, crown, and microphone. With more native apps, users will have increased options for interacting with their Watch without having to use their iPhone.

Some new features in WatchOS 2 include photo face, which give you the option of choosing a single photo or rotating photo album to use as the watch face. Developers can also make their own Complications, which is different data (think sports scores, home control system) that appears alongside the time. Another addition called "time travel" lets you scroll forward to access information like what's coming up on the calendar or the weather for later in the day.

WatchOS 2 will also let you reply to email, support FaceTime, allow fitness apps to run natively on the Watch, provide mass transit information, support store and rewards cards on Apple Pay, and start workouts via Siri prompt. So you'll be able to say "Go for a 300 calorie bike ride," and the workout app will start recording. 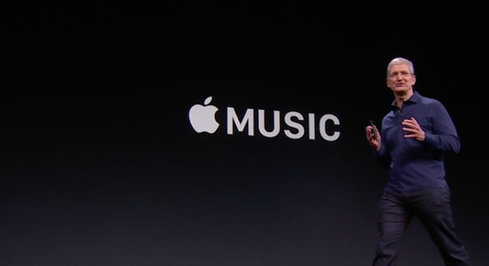 Apple Music will be available for $9.99 per month, or $14.99 for a "family plan" that can include up to 6 members. A free 3-month subscription will launch June 30. Also, in a first for Apple, the service will be available on Android devices.

Kelly Sheridan is the Staff Editor at Dark Reading, where she focuses on cybersecurity news and analysis. She is a business technology journalist who previously reported for InformationWeek, where she covered Microsoft, and Insurance & Technology, where she covered financial ... View Full Bio
We welcome your comments on this topic on our social media channels, or [contact us directly] with questions about the site.
Comment  |
Email This  |
Print  |
RSS
More Insights
Webcasts
The Experts Guide to Ransomware Response
Multi-Cloud Data Management for Modern Applications
More Webcasts
White Papers
Protection Strategies for a Cyber-Resilient Organization
Global software company contracts with CBTS for Virtual CISO
More White Papers
Reports
Enabling Enterprise Resiliency Through Cyberthreat Detection
The State of Cybersecurity Incident Response
More Reports