An exploit of privilege settings in Apple's Mac OS 10.10 can leave users vulnerable to adware.

While the details of the latest vulnerability to the Mac OS 10.10 are esoteric, Malwarebytes has found an adware installer already using this exploit in the wild.

The latest security problem for Mac OS originates in the code that Apple wrote in the 10.10 system software that bypasses the kinds of privilege checking done in other parts of the OS. With this code, Apple provided a way for exploiters to gain root access to OS X. Root access allows them to execute whatever code they want without hindrance.

Security researcher Stefan Esser wrote in his July 7 blog about a privilege escalation exploit associated with the DLYD_PRINT_TO_FILE environment variable. This variable allows the system to push output to a file other than the usual standard error (stderr) one. This is the part of Apple's system code where the lack of file checking occurred.

[ It's never as good as it seems. Read Shadow IT: It's Much Worse Than You Think. ]

The usual file checking occurs when any environment variables associated with the dynamic linker are passed to the processDyldEnvironmentVariable() function. This function checks what kinds of files are present before they are added to the linked list that dyld uses to set up what actually gets run. But, in OS X 10.10 the variable was added in the _main part of the dyld program. Putting it there bypassed the processDyldEnvironmentVariable() function.

And therein lies the problem. Without a check of what kind of file was being created, any kind of files (even ones that should be restricted) would be linked together and executed. A restricted file includes those that have root access to the system. As noted before, root access allows a file to execute any code that it specifies. If that file is an attack, the file then has an easy time doing the attack and erasing the trail produced by the attack. 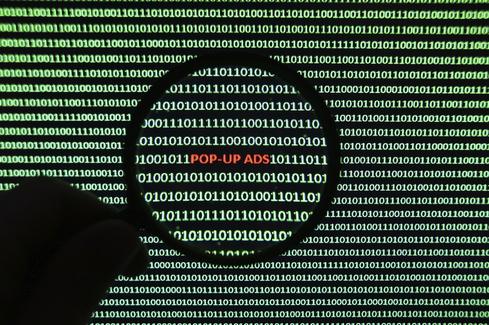 Esser does provide a patch, however. It is not for the fainthearted, since it requires compilation. Its source can be found in the Github repository..

The exploit found by Malwarebytes is hidden in an adware installer the firm was researching. The adware installer script modified the sudoers file, which determines which users and commands have root access to the system. The exploit turns off the usual password required for changes to this file.

Malwarebytes' Thomas Reed wrote in a wrote in a blog post that the adware’s script then uses sudoer's new password-free behavior to launch the VSInstaller app, which is found in a hidden directory on the installer's disk image. Reed wrote: "For those who don't know, the sudoers file is a hidden Unix file that determines, among other things, who is allowed to get root permissions in a Unix shell, and how. The modification made to the sudoers file, in this case, allowed the app to gain root permissions via a Unix shell without needing a password. This basically gives adware full root permissions, and thus the ability to install anything, anywhere."

The VSInstaller app is responsible for installing the VSearch adware program that delivers pop-up ads, and also installs a toolbar. It has been identified as malicious by Apple. In addition to installing VSearch, the installer also creates a variant of the Genieo adware and the MacKeeper junkware.

As its final operation, it directs the user to the Download Shuttle app on the Mac App Store. The affected system then has two programs cramming it full of unwanted ads, and an unwanted referral to a product. The adware can be removed using instructions on Malwarebytes site.

Apple knows about this exploit. Esser reported it before he went public, and Tweeted that the July 30 build of OSX 10.10.5 is fixed. This means it should hit the general public soon.

The upcoming version of OS X (10.11) handles root access in a very different manner and this kind of exploit will not work. What Apple causes, it eventually fixes.

Larry Loeb has written for many of the last century's major "dead tree" computer magazines, having been, among other things, a consulting editor for BYTE magazine and senior editor for the launch of WebWeek. He has written a book on the Secure Electronic Transaction Internet ... View Full Bio
We welcome your comments on this topic on our social media channels, or [contact us directly] with questions about the site.
Comment  |
Email This  |
Print  |
RSS
More Insights
Webcasts
The Experts Guide to Ransomware Response
Multi-Cloud Data Management for Modern Applications
More Webcasts
White Papers
Enabling Enterprise Resiliency Through Cyberthreat Detection
Powering Digital Transformation
More White Papers
Reports
Planning Your Digital Transformation Roadmap
The Need for Speed: Second Generation EDR
More Reports

Well, if you assume that the system can't be broken even if your attacker knows what is in plain sight, yes.

From Wikipedia: "In cryptography, Kerckhoffs's principle (also called Kerckhoffs's desiderata, Kerckhoffs's assumption, axiom, or law) was stated by Auguste Kerckhoffs in the 19th century: A cryptosystem should be secure even if everything about the system, except the key, is public knowledge."
Reply  |  Post Message  |  Messages List  |  Start a Board

You can't be assured of security just becuase you hide something.

It's the basis of why public key cropto works in the first place. You have to find a secure method that will work even if your attacker knows something that you hide.
Reply  |  Post Message  |  Messages List  |  Start a Board

Hey soooooooooooooz. I hang at the Friday afernoon chats, come by and get insulted.

That has always been the question: let them know and thereby encourge exploiting or just shut up and hope for security through obscurity. The balance has shifted lately, becasue someone always finds out and talks.

And one of the principal tenets of modern security is that security through obscurity never works.
Reply  |  Post Message  |  Messages List  |  Start a Board

The next big upgrade (10.11) is reportedly using a "root-less" system, unlike most Unix systems. (OS X has been based on  the MACH flavor of Unix since Steve Jobs bought the rights to it for his NeXT box.)

The exact specs of this security are still NDAed, so we have to wait for it to show up to see what is under the hood.
Reply  |  Post Message  |  Messages List  |  Start a Board

They even pushed out a security fix (for the NNTP problem) that got instaled whether you want it or not.

Only time that has happened since 1984 that I know of.
Reply  |  Post Message  |  Messages List  |  Start a Board
InformationWeek Is Getting an Upgrade!