Microsoft's most recent earnings report indicates a fall in quarterly profit due to restructuring expenses and tax adjustments. While revenue increased 8% from the same quarter a year ago, net income fell by 10%. However, sales of its Surface tablet and the company's cloud computing business offered some bright spots.

Its Devices and Consumer Licensing segment showed little promise, with $4.2 billion in consumer licensing revenue -– a 25% decline from last year. This includes money generated by selling the Windows OS to OEMs, consumer versions of Office 2013, and license revenue for Windows Phone. Microsoft attributed the loss to a slow PC market in Japan, where Office is highly attached to PCs, in addition to the growing transition to cloud versions of Office.

Microsoft also explained that it had planned for lower revenue for inexpensive Windows devices. Its intention is to drive platform growth, said CFO Amy Hood. More devices sold now will increase the number of devices that make the free upgrade to Windows 10 when the new OS is available. 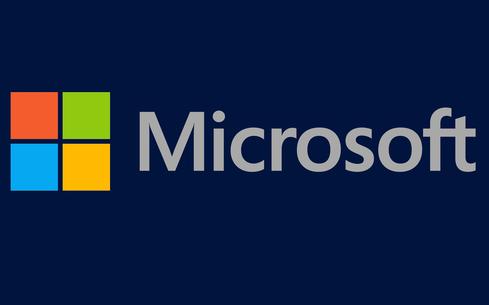 Experts note that rockiness, at this stage, is largely expected, with CEO Satya Nadella's changes just starting to take hold.

"This is, most importantly, a transitional period for Microsoft," says Merv Adrian, research vice president of Information Management at Gartner. "The things that Satya has started to do are just beginning to take hold. The new product isn't really here yet; Windows 10 is a couple quarters away from delivery."

It's not all bad news from Redmond. Hardware had a successful quarter, with the Surface breaking its record for revenue with $1.1 billion – up 24% from just over $900 million the preceding quarter. A record number of Lumia Windows Phones were shipped, and Microsoft generated $2.3 billion from its phone hardware segment.

Microsoft's cloud division also saw gains. Commercial cloud revenue experienced its sixth consecutive quarter of three-figure growth, and is now at $5.5 billion after spiking $1.1 billion over two quarters. The growth of cloud, which increased due to the success of Azure, Office 365, and Dynamics CRM, will be critically important for businesses implementing BYOD policies going forward.

"[Microsoft is] obviously moving, and expecting enterprise customers to move, into a cloud-centric world," says Adrian.

He also draws attention to the emergence of products like Azure and Office 365 that align with growing trends in the enterprise. Such tools are helping people be successful today by fostering collaborative work environments and boosting productivity.

New products like the Surface Hub and HoloLens have great potential for businesses.

"It wasn't just about looking," says Adrian of Microsoft's foray into holographic technology. "It was about making, printing, doing. I think that's the exciting part, and that's what will make people spend money." When it is released, Windows 10 will also create opportunities and drive monetization as an attractive platform for developers.

[Snowed in and bored? Check out our suggestions for wintry fun.]

Of course, Microsoft will face its fair share of challenges in the year ahead. Timing will be an issue, Adrian predicts, in addition to helping customers transition through its many changes in the coming months. A primary component of that transition is Microsoft's switch to a cloud-based model. While widely viewed as a beneficial change for the company, this will prove a challenging period as the company helps its customers along its intended path with as little disruption as possible.

Adrian feels that organizational leadership will be a strong driving force. Customers weren't excited about Microsoft two years ago, but Satya Nadella continues to exude energy and passion for his vision of the company. Microsoft delivers a willingness to live in, and help shape, a hybrid world for large businesses. Amazon and Google can help their customers live exclusively in the cloud, says Adrian, but that doesn't reflect the enterprise today.

"I think the point is 'momentum through transition,'" says Adrian, placing Microsoft's latest earnings announcements in a larger context. "Microsoft seems to have been able to generate and sustain momentum through a very significant transition, and can manage it in such a way that isn't causing major financial disruption."

Whether Microsoft can sustain that momentum will be seen in the months to come.

Kelly Sheridan is the Staff Editor at Dark Reading, where she focuses on cybersecurity news and analysis. She is a business technology journalist who previously reported for InformationWeek, where she covered Microsoft, and Insurance & Technology, where she covered financial ... View Full Bio
We welcome your comments on this topic on our social media channels, or [contact us directly] with questions about the site.
Comment  |
Email This  |
Print  |
RSS
More Insights
Webcasts
Protecting Your Enterprise's Intellectual Property
Building the SOC of the Future: Next-Generation Security Operations
More Webcasts
White Papers
A Technical Deep Dive on Software Exploits
Eliminate East-West Traffic Hair-Pinning
More White Papers
Reports
2020: Threats in Review
2020 State of DevOps Report
More Reports

Nice to see Surface doing well. I like the product. I can't help but note that Microsoft is a software company that is increasingly making its revenue from have some physical thing involved. Cloud revenue requires them to own a physical site with physical servers. Surface is a thing. XBox is a thing. There's still plenty of software in the portfolio, but I find it interesting they are getting involved increasingly in the physical world.
Reply  |  Post Message  |  Messages List  |  Start a Board

True, based on its recent announcements - I'm looking at you, HoloLens - it looks like Microsoft is trying to boost its status in both software and hardware. Even though it's a software company, Microsoft's line of physical products is strong. Surface did really well last quarter, and plenty of smartphones sold. Wonder if it can keep up the momentum.
Reply  |  Post Message  |  Messages List  |  Start a Board

I'm not sure. It is interesting. I remember just a few years ago when a lot of companies were heading towards divesting of physical pobjects for "higher profit margin" things like consulting and software. IBM is the prime example. And, in a way, they left the field wide open for Apple. Now people who make things are hot. But there is a problem with making things-- you run hot and cold on your products. Maybe Microsfot's mized portfolio is the best idea. But they sure seem to be heading to a business model where software makes them less money for them.
Reply  |  Post Message  |  Messages List  |  Start a Board
Editors' Choice
Hot Topics