Microsoft conducted a series of tests to prove its Edge browser is more power-efficient than competitors Google Chrome, Mozilla Firefox, and Opera. 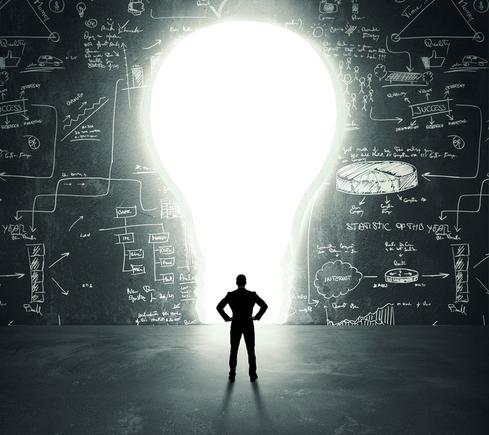 Microsoft has released new data on the energy-saving capabilities of its Edge browser, which can save hours of battery life for Windows 10 users.

Researchers at Microsoft conducted tests to determine the effects of various browsers on PC battery life. Results indicated Edge has the highest power-saving capabilities of all browsers tested, followed by Opera, Mozilla Firefox, and Google Chrome.

[Microsoft bought LinkedIn, but will it keep the social network's open source commitment?]

Researchers recorded time-lapse videos of four laptops, each running the latest version of each browser. All browsers were automated to perform the same series of activities. The HD videos were set to stream until battery ran out.

Results revealed Google Chrome had the weakest lasting power with a streaming video time of 4:19:50. Mozilla Firefox lasted 5:09:30 and Opera lasted 6:18:33. Edge came out on top, lasting 7:22:07 during the test and delivering 17%-70% more battery life than its competitors. 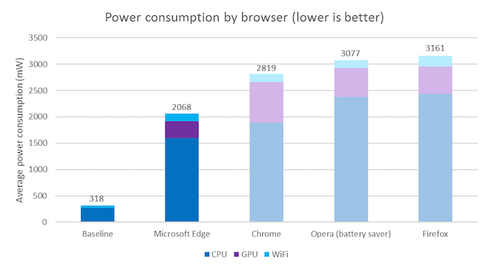 Google has updated its Chrome browser in an effort to improve power consumption, but it seems there is more work to be done. Most recently, Google ended automatic Chrome support for Flash. In June 2015 the company announced it would intelligently pause content like Flash animations that weren't central to web pages.

Microsoft's experiments were conducted in a lab designed for measuring power consumption, with tests running the newest builds of Windows 10 and Edge. Microsoft typically evaluates battery life across Windows machines, including desktops, laptops, tablets, and smartphones, running various workloads to see how much energy they use.

During performance tests, devices are connected to power monitors designed to pinpoint battery life "down to the milliwatt," the company reports. The lab gives immediate results in a controlled environment, enabling experts to validate improvements and discover regressions.

The data from this test is a clear attempt by Microsoft to attract new users to its Edge browser, which was launched as part of Windows 10 and has been undergoing development since the OS was released.

Microsoft claims it will continue to work on improving the power consumption in the Edge browser as part of its Windows 10 Anniversary Update. The update is set to arrive this summer, one year following the original Windows 10 launch in July 2015.

Some of the power-saving updates arriving in the Anniversary Update include fewer CPU cycles, less memory consumption, and less impact of peripheral content like Flash advertisements and background activity.

Kelly Sheridan is the Staff Editor at Dark Reading, where she focuses on cybersecurity news and analysis. She is a business technology journalist who previously reported for InformationWeek, where she covered Microsoft, and Insurance & Technology, where she covered financial ... View Full Bio
We welcome your comments on this topic on our social media channels, or [contact us directly] with questions about the site.
Comment  |
Email This  |
Print  |
RSS
More Insights
Webcasts
Bolstering Your Enterprise Cyber Risk Assessment
4 Practical Tips for Building a Data Lake
More Webcasts
White Papers
The State of Malware Threats
Three Secrets to Stopping Ransomware Cold
More White Papers
Reports
The State of Malware Threats
The State of Endpoint Security
More Reports