50%
Tweet
On Aug. 24, 1995, Windows 95 was released amid global fanfare, marking a significant milestone in the history of Microsoft. 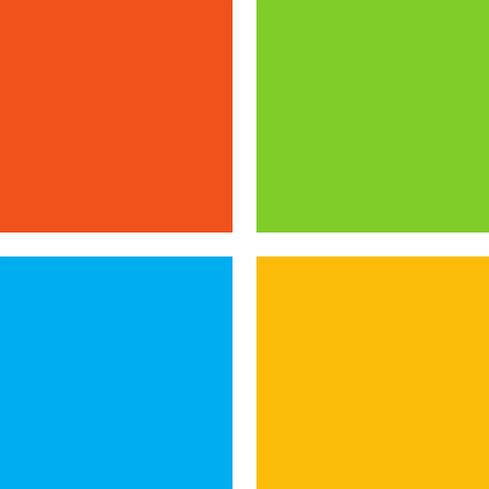 Twenty years ago today eager customers lined up to get their hands on Microsoft's Windows 95 operating system. It was a notable day in software history and for a young company still in the early stages of becoming a tech giant.

Microsoft celebrated the launch with a tremendous publicity campaign, complete with celebrity appearances and TV commercials, intended to spark global enthusiasm for Windows.

The fanfare was fitting for an operating system that marked a pivotal change in how people interacted with their computers. Windows 95 packed a range of new features that put it ahead of predecessors Windows 3.0 and Windows 3.1.

The system's most iconic additions were the Start button, menu, and taskbar that became core components for future Windows PCs. When Microsoft overhauled its user interface and eliminated the Start menu in Windows 8, the user backlash was great enough to inspire its reinstallation in Windows 10.

Windows 95 was designed for simple navigation, which was welcome at a time when more everyday consumers were beginning to invest in home computers. A new user interface made it easier to access folders, files, and applications via shortcuts on the desktop screen. Users were no longer constrained by a file name limit; they could now make file names as long as they wanted. 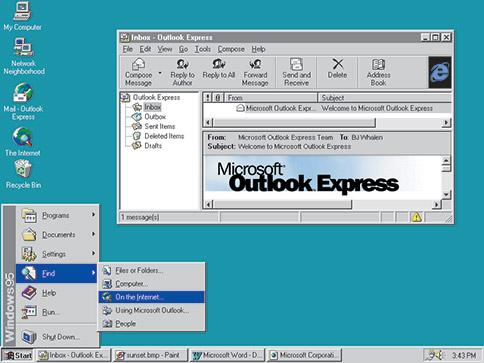 At the time Windows 95 was released, 80% of PCs around the world were running earlier versions of Windows and MS-DOS operating systems. These users provided a massive upgrade base for Microsoft, which sold more than seven million copies of Windows 95 in the first five weeks of its launch.

Microsoft and the technology industry have both evolved greatly since 1995. Almost one month ago Redmond celebrated the launch of Windows 10, the newest addition to its OS lineup.

This time, there were no lines of Windows customers waiting to purchase an upgrade. Windows 10 is a free upgrade from Windows 7, Windows 8, and Windows 8.1 available for download via Windows Update. Microsoft's marketing strategy for Windows 10 was both notable and festive, but still pales in comparison to the investment made in publicizing Windows 95.

Twenty years after the launch of Windows 95, Microsoft is under new leadership and has embraced a new corporate vision. Windows 10 was designed with cloud and mobile in mind, an effort to tie together the many types of devices in the Windows ecosystem.

Kelly Sheridan is the Staff Editor at Dark Reading, where she focuses on cybersecurity news and analysis. She is a business technology journalist who previously reported for InformationWeek, where she covered Microsoft, and Insurance & Technology, where she covered financial ... View Full Bio
We welcome your comments on this topic on our social media channels, or [contact us directly] with questions about the site.
Comment  |
Email This  |
Print  |
RSS
More Insights
Webcasts
Emerging Security Threats Your Enterprise Should Be Aware Of
[Virtual Event] Doing More IT With Less
More Webcasts
White Papers
Getting The Right Cloud Management
The Threat From the Internet--and What Your Organization Can Do About It
More White Papers
Reports
An Insider's View into a Supply Chain Attack
2020 SANS Cyber Threat Intelligence (CTI) Survey
More Reports

I know we take this for granted as the standard right now, but revolutionary at the time!
Reply  |  Post Message  |  Messages List  |  Start a Board

Windows 95 was major improvement over its predecessors. Since then, it's been mainly just planned obsolescence.
Reply  |  Post Message  |  Messages List  |  Start a Board


Window 95 was twenty years ago ?   Amazing how time flies,  not one for looking back, I 'll make this brief exception.


Window 95 was a major step for MS and a welcomed upgrade from 3.1 other than that the memories probably should be kept in the Smithsonian.