Updates from Redmond this week included a Linux-focused partnership with Red Hat, Windows 10 Insider preview build 10586, and the end-of-sales date for Windows 7 Pro.

Microsoft has spent a hectic week addressing a Windows Hello battery drain, partnering with Red Hat for Linux on Azure, launching an Insider preview for Windows 10 Build 10586, and continuing its mobile-focused acquisition spree.

Some users were unhappy with their Surface Book and Surface Pro 4 devices, which drew attention this week due to significant battery drains while devices were sleeping or in standby mode. WinBeta reports biometric authentication system Windows Hello could be behind the problem, so those affected should disable this feature until Microsoft delivers a fix.

Other customers had a different reason to be grumpy this week. Microsoft announced Nov. 2 it plans to eliminate "unlimited" storage for Office 365 consumer subscribers and cut back both free and paid OneDrive storage due to user abuse.

Why the crackdown on cloud? Some account holders took advantage of the unlimited storage to back up multiple PCs and entire collections of movies and DVR recordings. For some users, storage exceeded 75TB per account holder -- 14,000 times the average.

After Microsoft's deadline, businesses participating in the Volume Licensing program can leverage their Software Assurance or downgrade rights to switch from Windows 10 to Windows 7 if they prefer. It should be noted the extended support for Windows 7 Pro will continue through Jan. 14, 2020.

The update indicates Microsoft's confidence in the growth of Windows 10, which could prove troublesome given a recent report from Laptop. In writing its Tech Support Showdown, the publication's researchers discovered phone support employees from Dell and HP discourage users from upgrading to Windows 10 and don't understand key OS features.

In other business news, Microsoft this week confirmed a partnership with Red Hat that will simplify the process for businesses to deploy Red Hat's open source software on Microsoft Azure. The partnership is historic for the two longtime competitors.

As part of the agreement, Red Hat Linux will become the "preferred choice" for enterprise Linux workloads on the IaaS platform. Microsoft will join Red Hat's cloud and service-provider partner program, and the two will offer an on-demand, pay-as-you-go license model for Red Hat products on Azure.

Redmond continued its mobile-focused acquisition spree with the purchase of Mobile Data Labs, the company behind the MileIQ mobile app. The MileIQ team will continue to develop mobile productivity solutions while integrating insights from Office 365 and Office Graph, as reported in a Microsoft blog. 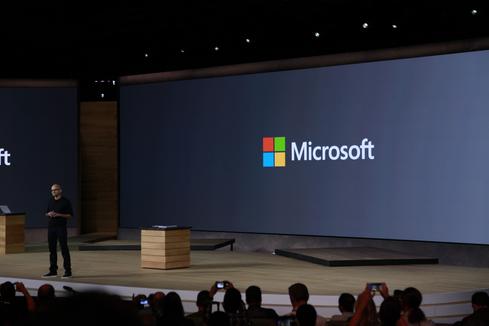 In Windows 10 updates, Microsoft this week released preview build 10586 to the Fast ring of Windows Insiders. Gabe Aul, vice president for Engineering Systems in the Windows and Devices Group, said this build is more focused on bug fixes and general improvements in a blog post on the news.

Preview builds are known to be buggy, and Microsoft acknowledges the following as known issues in Build 10586:

Kelly Sheridan is the Staff Editor at Dark Reading, where she focuses on cybersecurity news and analysis. She is a business technology journalist who previously reported for InformationWeek, where she covered Microsoft, and Insurance & Technology, where she covered financial ... View Full Bio
We welcome your comments on this topic on our social media channels, or [contact us directly] with questions about the site.
Comment  |
Email This  |
Print  |
RSS
More Insights
Webcasts
Unifying Your Endpoint Security Strategy
Managing Your Enterprise Collaboration Platforms
More Webcasts
White Papers
Defending Against Critical Threats
The 2021 Small and Midsize Business Security Outcomes Study
More White Papers
Reports
SANS 2021 Cloud Security Survey
Why You're Wrong About Operationalizing AI
More Reports