With OS X El Capitan, Apple is touching on the right enterprise features that business users and IT administrators want, including security, application management, and performance enhancements.

While attending Cisco Live! in San Diego last month, I happened to walk past a display that showed attendee statistics for all wireless devices connected to the free conference WiFi. To my surprise, nearly 60% of all desktop operating systems were running Mac OS X. Indeed, what once was an operating system used only by graphic designers and a handful of executives has increasingly been adopted by enterprise users of all types. Over the past few years, Apple has been adding enhancements that not only benefit enterprise end users, but also enterprise Mac administrators. With Apple's latest OS X update, El Capitan, it's no different.

To get a better idea of which features of El Capitan might interest enterprise admins, I spoke with Luke Goodroad, desktop support lead at OtterBox/LifeProof. Goodroad is a former Apple employee and a featured speaker at this year's MacIT Conference, July 14-16 in Santa Clara, Calif. From Luke's perspective, El Capitan increases enterprise capabilities in some areas, while continuing to fall short in others.

The first positive enterprise improvement, according to him, is what Apple refers to as System Integrity Protection -- or rootless. This security protection feature prevents certain system files from being modified or deleted -- even by users with local root access. "It provides yet another layer of security that enterprise organizations like to have," said Goodroad. "And, as many enterprise companies do allow some end-users to have local root access, it significantly reduces risk to the organization."

Another key feature that likely will catch the eye of IT desktop managers is the fact that El Capitan will finally do away with the requirement to enter an Apple ID in order to install local applications. "This was a big problem for us from a management perspective," Goodroad said. "Users were entering their personal Apple IDs, tied to personal credit cards. When dealing with company-owned devices, it's simply not a good combination. Now, both iOS 9 and El Capitan let us get away from individual Apple IDs and instead let employees login with corporate Enterprise Mobility Manager (EMM) login credentials." 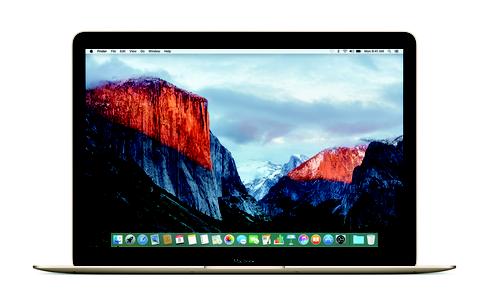 Lastly, Luke pointed to a new El Capitan feature called Metal that will greatly improve performance for a subset of his Mac users. "For my users [who] deal with graphics-intensive applications, such as 3D CAD, Metal can provide performance boosts by giving the application direct access to the graphics processor. This can improve performance by upwards of 50% for my users on the same hardware. And any time I can extend the use-life of corporate hardware, it's a huge win."

Despite the relatively minor enterprise updates found in El Capitan, it's safe to say that Apple has its sights set squarely on the enterprise market. Considering its continued adoption into enterprises both big and small, it would seem that Apple certainly is touching on the right enterprise features that users and administrators want, including security, application management, and performance enhancements.

Andrew has well over a decade of enterprise networking under his belt through his consulting practice, which specializes in enterprise network architectures and datacenter build-outs and prior experience at organizations such as State Farm Insurance, United Airlines and the ... View Full Bio
We welcome your comments on this topic on our social media channels, or [contact us directly] with questions about the site.
Comment  |
Email This  |
Print  |
RSS
More Insights
Webcasts
Unifying Your Endpoint Security Strategy
Using Cyber Underground & Blockchain Intel to Stop Cyber Attacks
More Webcasts
White Papers
Defending Against Critical Threats
The 2021 Small and Midsize Business Security Outcomes Study
More White Papers
Reports
The Infoblox Q1 2021 Cyberthreat Intelligence Report
Why You're Wrong About Operationalizing AI
More Reports

...is already here: Apple tossed its recently added discoveryd networking software and replaced it with mDNSResponder, the open source code it relied on previously.
Reply  |  Post Message  |  Messages List  |  Start a Board
InformationWeek Is Getting an Upgrade!