This Friday, November 20, marked the 30th anniversary of the day Bill Gates released the first version of Microsoft Windows. In a look back, ZDNet explored how the operating system evolved and changed the way humans interact with computers today.

In less than 30 years Microsoft progressed from Windows 1.0 to Windows 10, which launched in July 2015. The new OS marked a turning point in Redmond's strategy as it adopted a Windows-as-a-Service model, and included modern features to align with a mobile-first, cloud-first vision.

Some of those capabilities have proven challenging to create. At Build 2015, Microsoft promised iOS and Android developers the ability to port apps to the Windows Store. The goal was to fortify an app store that has long been sparse compared with Apple's App Store and Google Play.

[Microsoft and Code.org are using Minecraft to teach code to kids.]

Unfortunately, this capability will be delayed -- and potentially cancelled -- for Android developers. Reports surfaced this week claiming Project Astoria, the app emulator Microsoft created for Android developers, had been delayed. Sources told Windows Central the Android app porting project was "not going as planned" and is "on hold indefinitely."

Microsoft further demonstrated its interest in cross-platform development with the release of Visual Studio Code beta as an open source project on Github. Visual Studio Code is a free code editor for developing apps to run on Windows, Linux, and OS X. It debuted in April, during Microsoft's Build 2015 conference.

Other updates from this week include the availability of the ISOs for Windows 10 enterprise build 1511 in Microsoft's Volume Licensing Service Center, reported by WindowsITPro. Now enterprise customers have access to the November update to Windows 10, which was fortified with new features designed for business users.

Enterprise customers will also be interested in the next generation of Dynamics AX, which has been redesigned for cloud and integrated with machine learning and Power BI capabilities. The flagship ERP software, now available for public preview, has also undergone a user experience overhaul to emphasize productivity.

Going forward, Microsoft plans to release a Windows 10 Universal App, as well as iOS and Android apps, for Dynamics AX. While this version is cloud-first, an on-premises version is in the works for release in 2016. 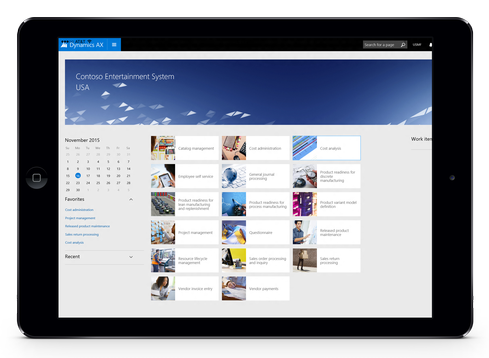 Windows Insiders in the Fast ring running the Windows 10 Mobile preview received Build 10586 this week. Fixes include an improved Start experience, better Messaging + Skype app, and a working camera button. Due to a known issue, Microsoft recommends backing up your smartphone before downloading the newest build.

Microsoft CEO Satya Nadella gave a keynote address in Washington, D.C., this week to discuss the company's holistic security strategy and how it plans to detect and address threats. Over the past year, Microsoft has been investing $1 billion each year in security research and development.

This investment has gone towards hiring new security executives and developing a new managed security services group and cyberdefense operations center, both announced November 17. In exclusive interviews with Dark Reading, Microsoft security execs describe its more integrated approach to protection and how it gathers threat intelligence data from sensors and customers around the world.

Finally, this week brought news of an extended partnership between Microsoft and Hewlett Packard Enterprise (HPE). The two tech giants are collaborating to deliver cloud, mobility, and productivity solutions to their shared enterprise customers in an effort to broaden Windows 10 adoption among businesses.

Kelly Sheridan is the Staff Editor at Dark Reading, where she focuses on cybersecurity news and analysis. She is a business technology journalist who previously reported for InformationWeek, where she covered Microsoft, and Insurance & Technology, where she covered financial ... View Full Bio
We welcome your comments on this topic on our social media channels, or [contact us directly] with questions about the site.
Comment  |
Email This  |
Print  |
RSS
More Insights
Webcasts
Shifting Security from Speedbump to Digital Accelerator
The 6 Must-Haves for Practical Cloud Security
More Webcasts
White Papers
6 Emerging Cyber Threats That Enterprises Face in 2020
Digital Transformation Built on the Cloud
More White Papers
Reports
Black Hat 2019 Hacker Survey Report
2019 State of Privileged Access Management (PAM) Maturity Report
More Reports