5 comments
Comment Now
Tweet
Specs for the Microsoft Lumia 950 and 950 XL have already leaked, but what else is in store for Oct. 6? Is it time for the Surface Pro 4? 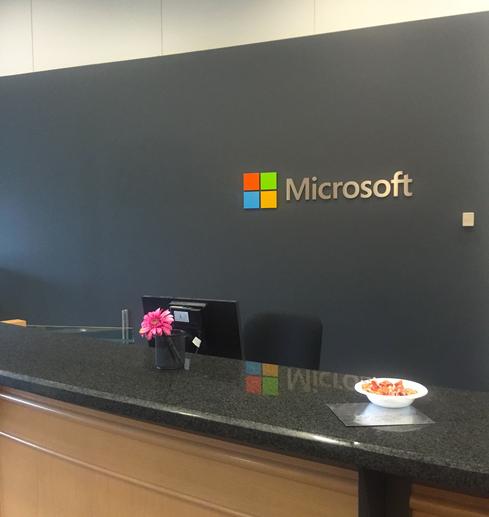 Microsoft is gearing up to unveil a range of Windows 10 devices on Oct. 6, and we'll be there to watch the action in person. With the event now a couple of days away, we're trying to predict what we'll see.

Rumors of the Windows 10 hardware lineup have been circulating since August, and Microsoft officially confirmed the date and New York City location in mid-September. Because the company shared few other details, the tech community has been speculating to fill in the gaps.

One thing is certain: The new Lumia 950 and 950 XL handsets, formerly codenamed Talkman and Cityman, will be onstage.

What makes us so sure? Well, Microsoft all but confirmed it. One week before the event, it accidentally posted specs for its two upcoming high-end smartphones on the online Microsoft Store.

While the company was quick to remove the listing, its slip-up was still spotted and first appeared on WinBeta. From the looks of it, the new Lumias are two pretty powerful Windows 10 devices that will be sold unlocked.

The Lumia 950, a 5.2-inch device, is the smaller of the two; the Lumia 950 XL will measure 5.7 inches. Other similarities between the two include 20MP rear camera with Zeiss optics, 32GB internal storage, and the ability to handle a memory card up to 2TB. Prices were not disclosed.

Additional leaks have shown the Lumias to include accessories for supporting the Windows 10 Continuum feature, which turns the phone into a PC. They may also include an iris scanner for unlocking via biometric recognition. The Lumia 950 XL is rumored to support a Surface Pen and smart cover.

Fortunately for Microsoft, the other Windows 10 devices rumored to appear Oct. 6 have remained under wraps.

The Surface Pro 4, a competitor for Apple's recently debuted iPad Pro, will likely be another highlight next week. The UK's Mobile Choice website reports the newest addition to Microsoft's hybrid portfolio will come in 12-inch and 14-inch models. 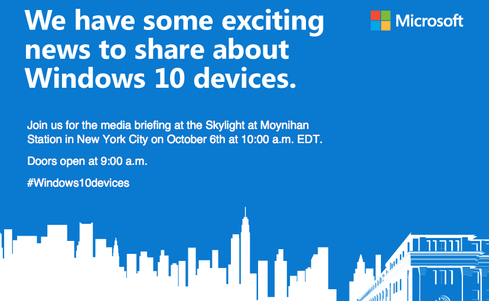 Additional rumored specs for the Pro 4 include Intel Core M "Broadwell" CPU or Intel Skylake processors in Core i3, Core i5, and Core i7. The display is a predicted 2160 x 1440p resolution. An updated Surface Pen will reportedly be more intuitive.

It's also worth noting the Microsoft Band 2, which is likely to appear on Oct. 6. The company's updated fitness wearable is rumored to have a more comfortable design and curved display, a switch from the flat surface of the original Microsoft Band.

The Band will likely keep its built-in GPS with a few additional sensors. Suggestions include electrodes to measure heart rate and an altitude sensor to track the number of stairs climbed.

Kelly Sheridan is the Staff Editor at Dark Reading, where she focuses on cybersecurity news and analysis. She is a business technology journalist who previously reported for InformationWeek, where she covered Microsoft, and Insurance & Technology, where she covered financial ... View Full Bio
We welcome your comments on this topic on our social media channels, or [contact us directly] with questions about the site.
Comment  |
Email This  |
Print  |
RSS
More Insights
Webcasts
Quantifying the Benefits of a DevOps Strategy
The Best Ways to Stop Malware and Ransomware That No One Else Will Tell You
More Webcasts
White Papers
[Forrester Research] The State of Data Security & Privacy
2020 SANS Cyber Threat Intelligence
More White Papers
Reports
Connecting the Dots: Key strategic opportunities in a post-COVID-19 world
Collective Offense Calls for Collective Defense
More Reports
Copyright © 2020 UBM Electronics, A UBM company, All rights reserved. Privacy Policy | Terms of Service